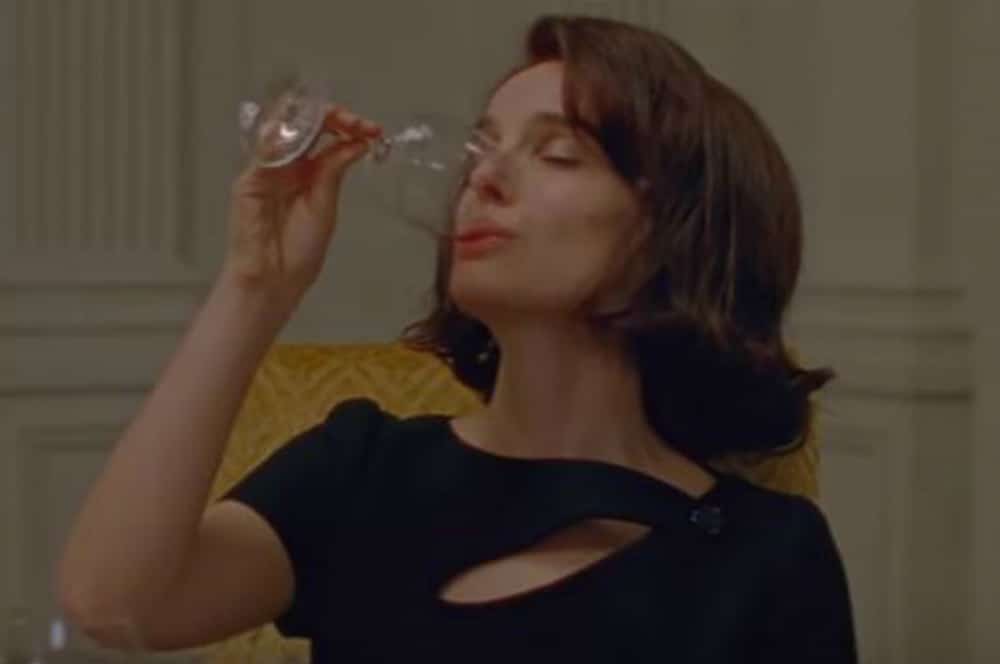 Mica Levi and her unorthodox score ultimately inform the proceedings of Pablo Larrain’s Jackie. It’s a jarring fit for a viewer less intimately familiar with her previous work Under The Skin, in which her often ethereal soundtrack seems like a natural fit. Somehow, some way, the score of Jackie seems to fit in naturally with Larrain’s ideas for the film, and in fact leads to a different reading.

Specifically, the tenor of the soundtrack plays almost as it would as if Jackie was and is a horror film. It certainly seems like one when the Levi score is playing, and specifically that it plays just a little too loudly, as if to emphasize the action being depicted on-screen. Indeed, between these jarring songs and the song that best describes the idea of Jackie and John F. Kennedy, Camelot as sung by Richard Burton and also played just a touch too loudly, the film is a representation of a sense of horror, as captured by Natalie Portman and her take on Jackie Kennedy.

It’s a take, and this reviewer feels comfortable calling it as such, because it is clear from the structure and the set-up being established that much of the film is revealed (or unrevealed) through her conversations with others, and specifically through her conversations with other men, and men of power. The only woman with whom it seems that Jackie is comfortable speaking is her Social Secretary Nancy Tuckerman (Greta Gerwig), which feels uncanny for two completely different reasons, the first being that there is a wealth and status divide between the two women that makes for a feeling that Jackie is revealing only what is necessary, and the second is the casting of Greta Gerwig as Tuckerman, which seems to make the movie feel less of the time, and more of an attempt to recreate the era. Gerwig has transitioned from so-called mumblecore to screwball comedy (Mistress America, Maggie’s Plan) and feels very much an actress of the present, and she doesn’t look like a woman from the sixties in period hair and dress, (and this also brings a No Strings Attached reunion).

Similarly, Peter Sarsgaard seems like a very strange choice for Robert Kennedy, with one suspecting that his blond hair and loose accent is meant to feel artificial. In addition, Jackie reveals her story to a journalist played by Billy Crudup, (Theodore H. White) which actually opens the film. At one point, White says something along the lines of being “Almost Famous”, and the set-up feels like a put-on. In fact, through Jackie speaking to a priest as portrayed by John Hurt makes the horror element feel like The Omen or The Exorcist, with the venerable Hurt taking on the role of Gregory Peck and Max Von Sydow. In a sense, Jackie is almost an anti-biopic, seemingly aware of its mimetic representation, as the tour that the “real” Jackie leads through the white house is created extremely faithfully (on what is possibly a soundstage in Paris).