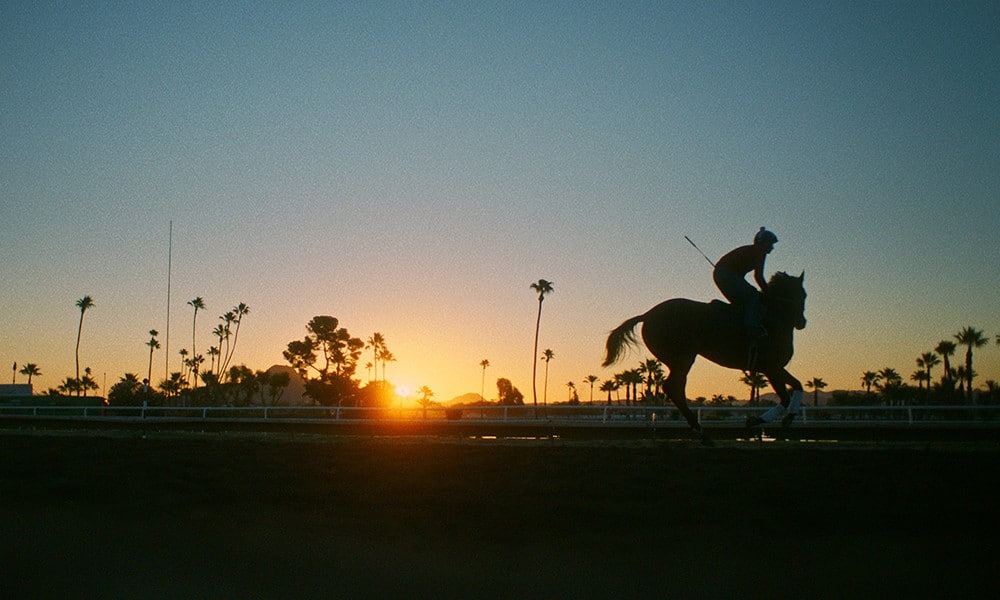 There’s nothing about Jockey that’s new, per se, yet it wears its oldness well. The film, directed by Clint Bentley and co-written with Greg Kwedar, knows what it has with its setting and sentiment—and also what it has in its lead actor. Much like the film’s central character, Clifton Collins Jr. is familiar, if not necessarily a star. He knows indeed how to do his job.

Built around the American horse-racing circuit, Jockey plays out around a track and stables near Phoenix, Arizona. Jackson (Collins Jr.) is a jockey of some renown; he can stroll around and be recognized. He’s also dealing with an injury and struggling to prepare for some important races. Then an aspiring jockey, Gabriel (Moises Arias), appears and tells him he’s his son, which sets the plot in motion in earnest. There’s a sweetness to the story, between these two men, between Jackson and his long-time trainer Ruth (a radiant Molly Parker), between these folks and their horses. It wouldn’t work without the authenticity brought to the filmmaking and, of course, the performance by Collins Jr., who makes the most of his moment.

To my mind, Jockey has just the right amount of drama. It operates on a romantic level, rather than an operatic one, which fits just right. These are still small lives making their way in a world that seems to be shrinking by the day. We know this going in—just as we know how this film will end—but there are far worse reminders.