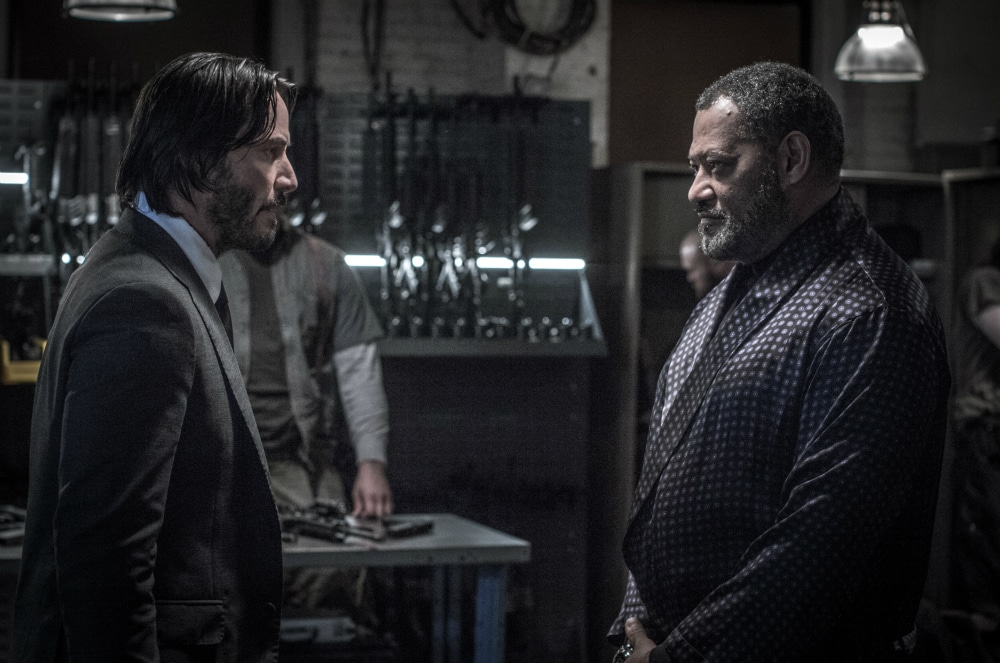 Did you watch John Wick and think, “Man, what this film really needs is less puppy killing and far more bloody violence”? Well I’m the sick s.o.b. who did, and boy, did John Wick: Chapter 2 answer my prayers and then some. The sequel to the 2014 surprise hit film ups the ante in visual style, stylized violence, and yes, the dog survives this time.

Picking up a few days after the events in the first film, the titular character (played by the returning Keanu Reeves) is still out for vengeance after the grisly murder of his puppy and carjacking of his beloved classic sports car mere hours after his wife’s funeral. Once he ties up loose ends, though, it’s not long before he’s pulled right back into the seedy underbelly of crime bosses and the syndicate of assassins who serve them. This time he crosses Italian kingpin Santino D’Antonio (Riccardo Scamarcio) who offers a $7 million bounty on John Wick’s head.

While the film follows the same narrative beats as its predecessor, screenwriter Derek Kolstad expands the John Wick universe by introducing fully realized new characters (played by the talented Ruby Rose and Common, amongst others) and injecting a dry sense of humor to each scene. Watch out for the getting ready for battle montage, which all future Bond screenwriters should be feverishly taking notes from.

The real star of the high octane film, however, are the sleek action sequences. Not since The Raid 2 have fight scenes been this expertly choreographed, edited and directed. Kudos too to the actors, notably lead Reeves, for performing their own stunts and lending a realistic sense of physicality to the tough roles. 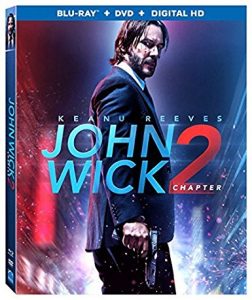 The Blu-ray package comes locked and loaded with tons of special features (seriously, it may be the most comprehensive home entertainment disc to be released this year). Everything from the training and choreography required for the awesome action sequences to the intricate costuming is revealed in meticulous detail. My personal favourites were the YouTube hit Dog Wick (if you haven’t seen it already I HIGHLY recommend a viewing) and the commentary track by star Keanu Reeves and director Chad Stahelski (again, one of the most entertaining and surprisingly sweeping commentaries I’ve listened to all year). Best of all, everyone involved openly says that they’re gung-ho for a third chapter.

John Wick: Chapter 2 is a cinematic adrenaline rush and the best film of the year so far. Bring on Chapter 3!