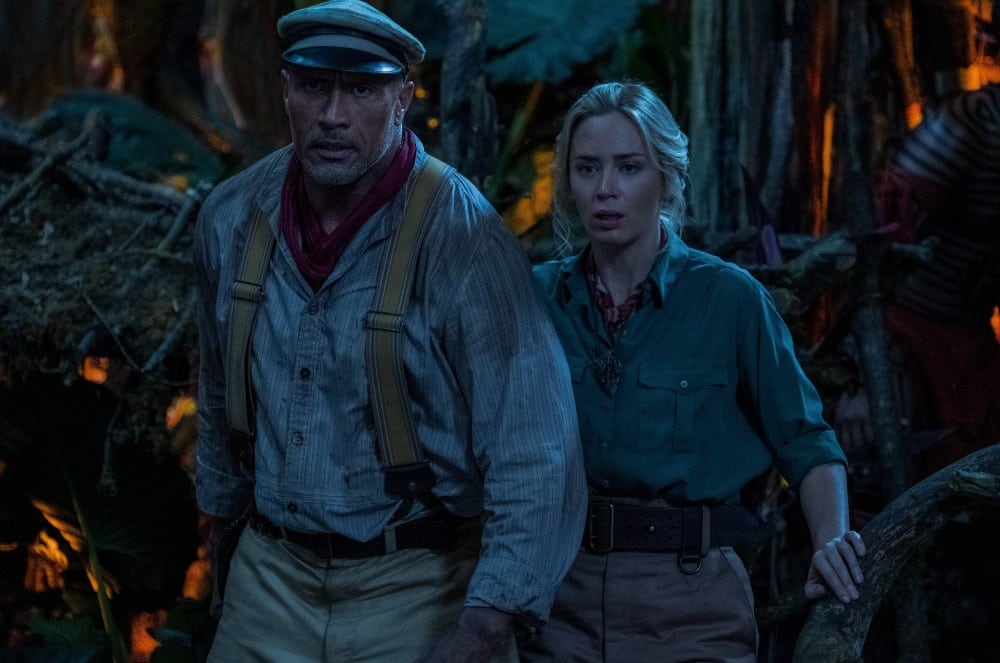 Maybe no one told Dwayne Johnson that Jungle Cruise was supposed to be a madcap, swashbuckling adventure film. The pieces are there: an ancient relic, a hidden locale deep in the Amazon, a comely lass (Emily Blunt), and all manner of obstacles, traps, and villains. Yet the film keeps circling back to Johnson, who only meets the camera with a modest smirk and a bad pun. Would you want to spend two hours with that?

Disney is banking on the idea that you (or at least your kids) will. As directed by Jaume Collet-Serra and written by Glenn Ficarra and John Requa, Jungle Cruise is another in Disney’s line of films based on theme park rides. The pretext here involves Blunt’s explorer Lily and her quest to recover the Tears of the Moon, a flower with healing powers. She and her brother MacGregor (Jack Whitehall) hire skipper Frank (Johnson) to take them upriver to find it—while being pursued by Prince Joachim (Jesse Plemons, who understood the assignment) and some undead conquistadors.  The film’s construction comes together as you’d expect from there—especially with a pro like Collet-Serra at the helm—but it does little to escape its theme park rails. It’s also difficult to ignore that almost everything we see in this film—the town, the jungle, and definitely all the animals—is computer-generated. That’s common enough these days, but it’s also all the more reason for punchier writing, or a musical score with some pizazz, or, hey, an action scene with some actual weight to it? This shouldn’t feel like too much of an ask (even for a kid’s movie based on a theme park ride).

Now, at least two of those issues could have been addressed by Johnson (or maybe even all three if the right song came along). His Frank is the cornerstone of Jungle Cruise and yet not enough of its energy comes from him. Johnson is usually a charismatic presence, yet he merely blends into the CGI scenery here—and his performance eventually sinks the film.