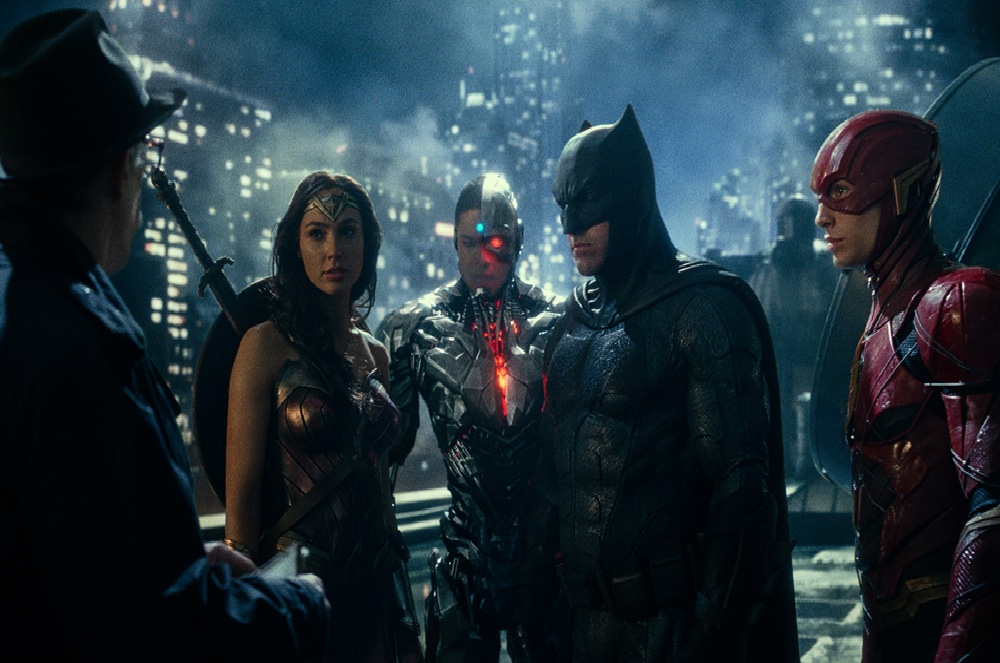 Well, at least the League has come together. Though it doesn’t always make the most sense, Justice League has a fair bit going for it in the form of Ezra Miller’s jokey approach to The Flash, Jason Momoa’s at-times hilarious Aquaman, Gal Gadot coming to play once again as Diana Prince / Wonder Woman, and now that the presence on the box cover reveals the secret, the rebirth of Superman, as played once again by Henry Cavill.

There is also Ray Price and his approach to Cyborg (shoutout to Joe Morton, the Brother from Another Planet, in a supporting role as his dad), and of course, Batfleck. The League needs a leader, and Ben Affleck’s grizzled Bruce Wayne plays the role to perfection as a Batman that has seen and done it all (and it introduces Oscar winner J.K. Simmons as Commissioner Gordon.)

So Steppenwolf is a pretty standard villian. Ciarán Hinds lends his voice, and there are a number of standout actors in small roles (including Amy Adams, Diane Lane, Holt McCallany, Michael McElhatton, even Billy Crudup as the Flash’s imprisoned father). There are a number of action sequences that are eye-catching, Danny Elfman returns to the franchise after composing the Batman theme in 1989 (and admit it, it is now in your head).  Again, Miller steals every scene and has a good joke towards the end of the film, and Joss Whedon and Zac Snyder propel the franchise forward, and manage to at least provide an interesting counterbalance in a brief running time and an intriguing sequence that hints at a future direction for the movie franchises within the DCU. 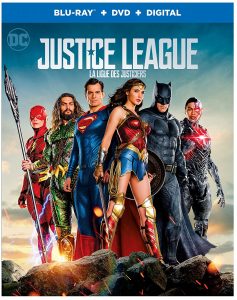 The best of the special features sees Ray Fisher taking the lead as a way to introduce the newest members of the franchise and how they have been adapted to a new generation, starting with his Cyborg, who was originally a member of the New Teen Titans, along with The Flash and Aquaman, who both will soon receive their own standalone films. Some of the other special features explain the process of adapting characters into the DCU. Another shows a couple of glimpses of Superman that were expanded from the theatrical cut, including the first meeting between Superman and Batman’s faithful Alfred (Jeremy Irons, wearer of vests).

Once the franchise grows to include more heroes and greater villians, (including the first appearance of the Green Lantern Corps, depicted briefly in a flashback sequence), the DCU will soar to new heights, but, in the meantime, let’s have more of Gal Gadot as Diana Prince / Wonder Woman please.

Win a Run of Engagement pass to see Foxtrot in Toronto!