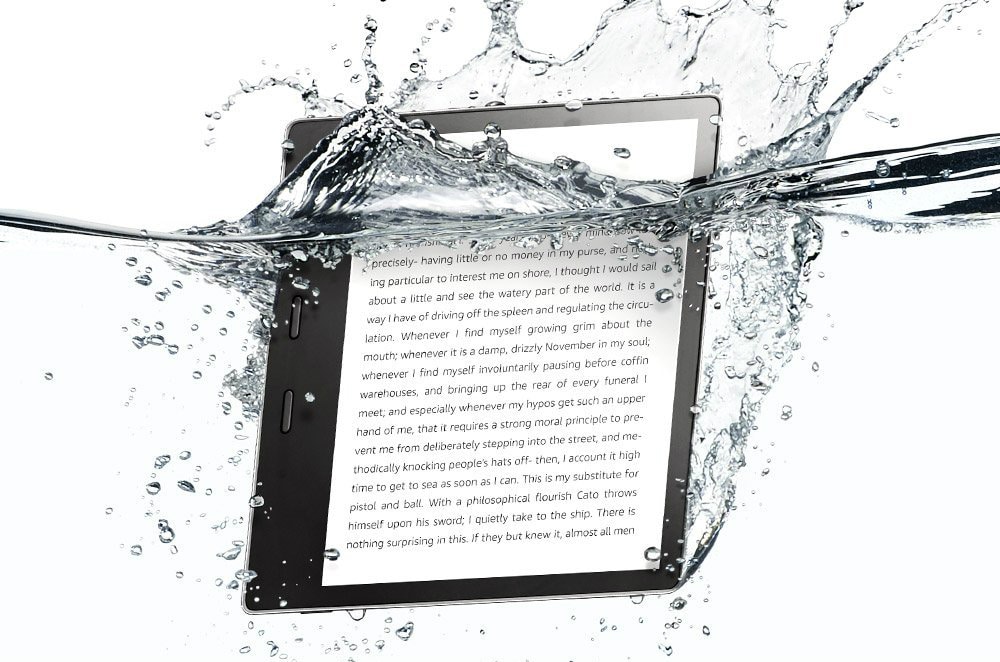 The Kindle Oasis has been transformative, as it has made me a fan of e-readers.

I was really hesitant about e-readers and having a Kindle in general, as I am a tried and true reader of physical book copies. I am certainly not the kind of person that was willing to convert easily, (not a fan of e-galleys either), and I was absolutely prepared to write a review stating that the Kindle Oasis only reinforced my disinterest in e-readers, that is, until it didn’t. I’m hooked and it’s in main part because the Kindle Oasis is a brilliant device, perfect for the newbie to e-readers because of its simplicity and lightweight body.

Okay, so I wasn’t exactly a natural to the device, holding it upside down for the majority of the getting acquainted process. The device essentially has two buttons and they don’t need to be used, an up and down button, which I was using to “flip”
the pages, (wrongly!) I also tried to employ a sort of flicking motion similar to what I imagine is engaged by users of Tinder, (which I haven’t used either), and it made me look angry or like my cat, Heidi. In time, the easy touch became a simple tap on the screen, (thanks, Leora!) and even going backwards became natural.

Another impediment was the lighting situation, (which I insisted was either too dark or too light), and then when I found the number 18, that was sort of the key to the perfect lighting and that no longer seemed to fly. Also, attaching the lightcover, (thanks, Amazon!) made the puzzle fit into place, as the buttons were suddenly “right side up” and what I think is a  magnet snapped it into place. My challenge at this point was to find a book that would be of interest to read on the Kindle Oasis, (I learned of its waterproof quality by accidentally spilling wine on the Oasis early on). The first thing was to find books of interest, and I searched, well Amazon.ca naturally, to find ones of interest that I had missed throughout the year. The first one that piqued my interest, (less than 3 bucks!) was, naturally, a book about future technologies called Made For Love by Alyssa Nutting, (which happened to be the Kindle Daily Deal). So I ordered it up, and after screwing around with trying to turn the pages, the book just fell into place. It was a hilarious follow-up to Tampa, which I read the physical book way, (mainly splayed out in an Indigo Eaton Centre), so this was far preferred.

Then I was curious about how a non-traditional book would play on an Oasis, so I worked my way to Shea Serrano’s Basketball (and Other Things) after ordering a sample, which is apparently something one can do. I read about Michael Jordan’s history and then suddenly, I was hooked. The illustrations meshed perfectly, and the footnotes worked better than they would in a physical book, (I usually despise footnotes), so this was a nice surprise. The book ran out of steam about halfway through, but the first half was perfect for the Kindle Oasis.

I ended with a big page turner, How to Murder Your Life by Cat Marnell, and I devoured the book in one sitting. The book was about ten dollars, (as was the previous one), and it’s well, well worth it. This seems to be the magic number, though the Publisher sets the price.

I’m honestly a convert and I would highly (!!) recommend the Kindle Oasis to e-reader newbies.