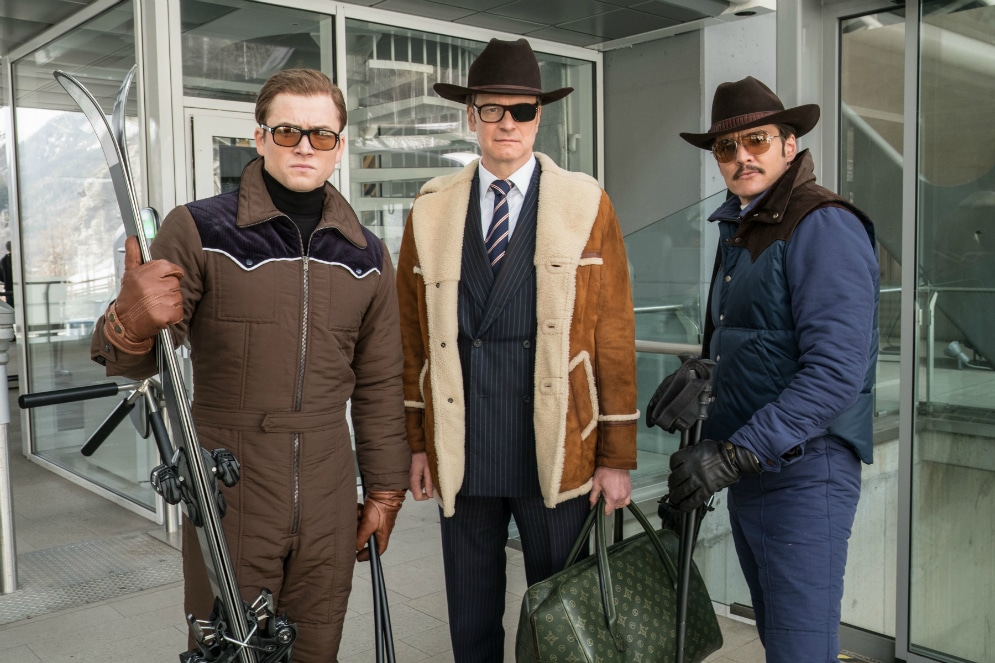 Kingsman: The Golden Circle wastes a number of golden (excuse the pun) opportunities during its unnecessary 2.5 hour running time and it’s a real shame, bruv. The original Kingsman film (based on The Secret Service comic book series) was a deliciously dark explosion of violence, kick-ass action and sex, both sending up and paying loving homage to the Bond franchise. Sure, it had no clue how to treat its female characters (including standouts Sophie Cookson and a then unknown Sofia Boutella) and its (literally) cheeky anal sex ending was in poor taste, but overall it was a delightful antithesis of Bond and a heck of a lot of fun to watch.

It was inevitable, then, that Fox would make a follow-up film, but this one never comes together the way the original did. In the lacklustre sequel, drug kingpin (queenpin?) Poppy (a wasted Julianne Moore) blows up the Kingsman headquarters, leaving only Eggsy (Taron Egerton) and Merlin (Mark Strong) to rebuild the spy organization alongside their stereotypical Southern American counterparts, the Statesman (led by Jeff Bridges, Channing Tatum, Narcos‘ Pedro Pascal, and a miscast Halle Berry as the Q equivalent).

Since the Statesman are underwritten and barely shown (Tatum and Bridges’ roles are cameos, at best), the world-building at play falls flat and their characters’ interplay never amounts to anything interesting. Julianne Moore’s egomaniacal villain fares a little bit better but only because the actress is so compulsively fascinating to watch. Director/co-writer Matthew Vaughn builds up to a Big Lebowski reunion (why else would Poppy have a bowling alley?!), A Single Man reunion (why else would Moore and Firth characters be dressed head to toe in Tom Ford?!) and a Benny and the Jets number (why else name Poppy’s dogs Benny and Jet AND feature Elton John?!?!) but never delivers on the teases. The only saving graces of the film are the performances by Egerton, Moore and Firth, each of whom deserved better material by screenwriters Vaughn and Jane Goldman.