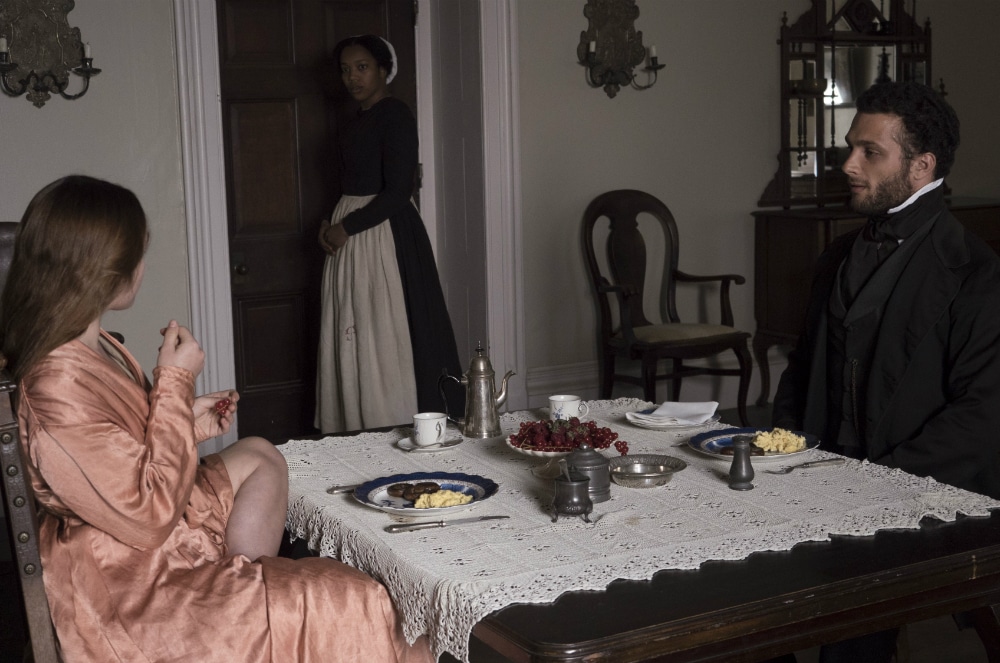 A masterpiece of formalism, William Oldroyd’s Lady Macbeth feels extremely modern and like a throwback at the exact same time. Perhaps the reason for the film being both in and out of eras is the lead performance by actress Florence Pugh. Expertly cast as Lady Katherine, the actress is a star in the making, but the making may have already begun in Oldroyd’s adaptation of the work Lady Macbeth of the Mtsenck District by Nikolai Leskov, with a screenplay by Alice Birch. Don’t let the name fool you as the story is not even actually about Lady Macbeth, but rather serves as a bit of foreshadowing.

The film’s title refers to the unfeeling aspect of its lead character, (meaning essentially that she is not a mother figure), and Pugh projects a demeanour of unfeeling without losing sympathy for her, (she’s also criminally inhumane, but this information seems almost beside the point). The focus stays on her in every scene in which she is featured on camera, making the supporting characters feel very much just that: supporting.

There is a deep division between the indoor and outdoor scenes, and like recent films The Beguiled and A Ghost Story, a woman alone in a stately house manages to feel extremely isolated and empty. The outdoor scenes, on the other hand, present a little bit more vibrancy and allow for some more movement. Oldroyd uses the filming location of Northeast England to maximum effect. The outdoor scenes also highlight the vibrancy of Lady Katherine’s outfits, muting them in the scenes shot indoors.

The film played originally as a part of the Platform program in the Toronto International Film Festival, and provided a platform for Oldroyd, transitioning extremely well from directing theatre to directing film. As the film has been given a theatrical release, thank goodness, find the biggest, widest screen with the best sound, and experience another entry in a summer of fairly depressing films. When Lady Katherine stares into the distance, slightly past our heads, be sure to feel complicit in a story that questions our very moral and ethical foundations.