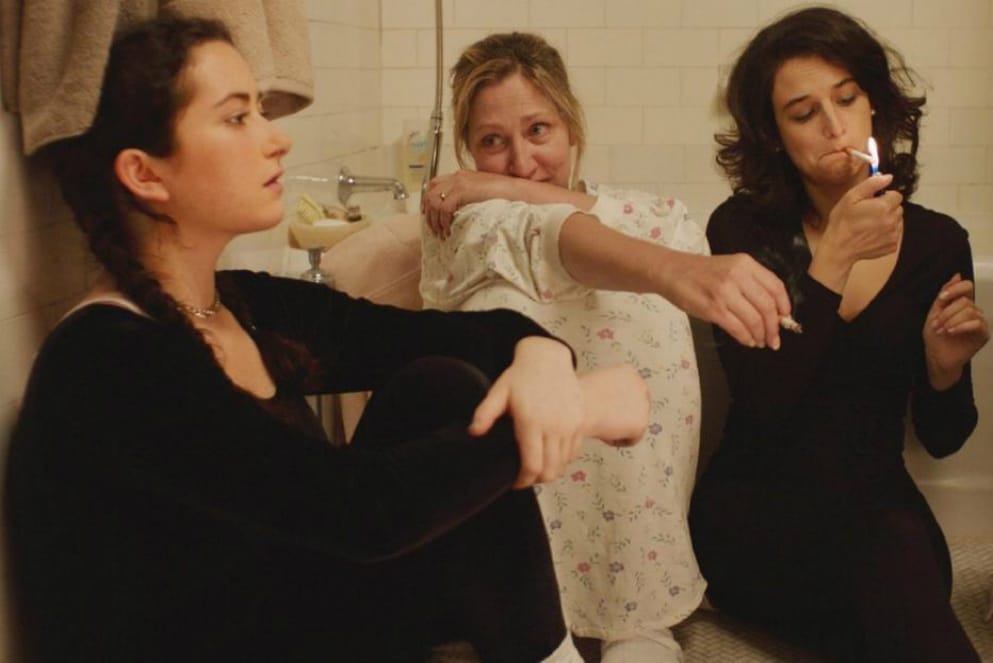 Whether you adore her or find her irritating, Jenny Slate is undeniably a star in the making. The squeaky-voiced, mousy comedienne/actress juggles raunchy comedy and heavy drama with naturalistic ease and is our modern-day Gilda Radner. In Landline, director/co-writer Gillian Robespierre’s follow-up to Obvious Child (also starring Slate), one could even say that she’s the Diane Keaton to Robespierre’s Woody Allen (albeit without the director appearing in her own productions).

In the film, set in 1995, Slate plays Dana, a flailing Art Director who begins cheating on her milquetoast fiancee (played by Transparent‘s Jay Duplass) with old flame Nate (Finn Wittrock). At the same time, her younger, rebellious sister Ali (Abby Quinn, another star on the rise) discovers that their failed playwright father (played by John Turturro) is cheating on their overworked and under-appreciated mother (played with heartbreaking pathos by Edie Falco).

In some of the best scenes, the two sisters covertly follow their father in an effort to discover who he’s conducting the affair with, and then squabble over whether to uncover the truth to their mother. Slate and Quinn are perfectly suited as sisters and their scenes feel uncomfortably realistic (especially so for anyone who has a sister).

For anyone who grew up in the ’90s, the film succinctly captures the details of the period. From the mixtapes to must-see TV to, yes, even the landlines, where the phone cords seemingly only existed for us girls to nervously toy with when speaking to a boyfriend. For ’90s “kids” (now adults), everything on screen will have you nodding, nostalgic for even the clothes of the period (which, a twenty-year old later reminded me, are now very much back in style).

Landline will have you yearning for a simpler past and hoping that this will finally be the film that makes Jenny Slate a star.