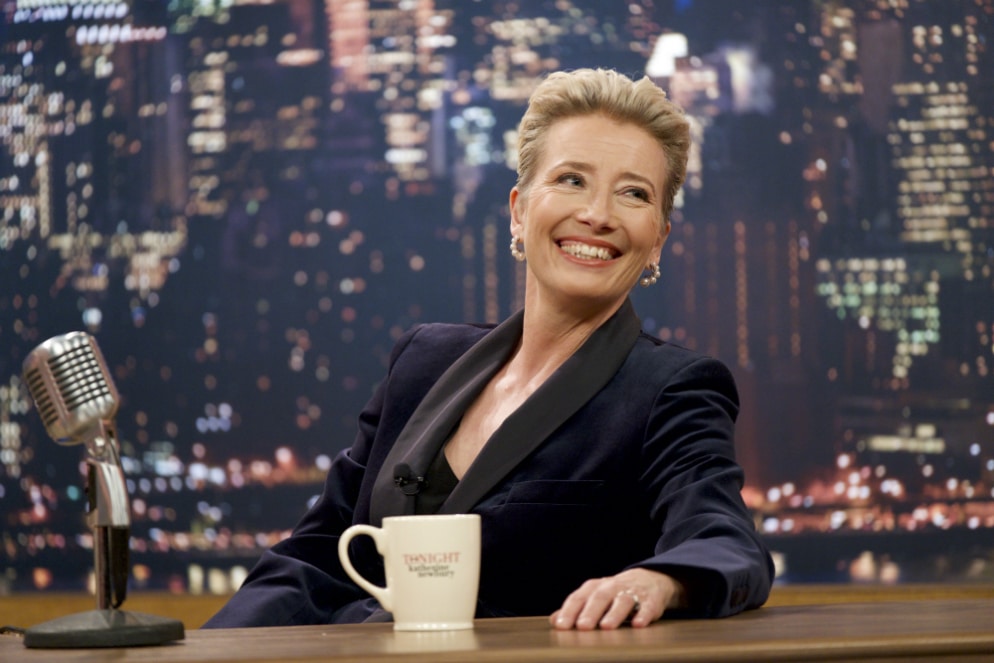 If the arena of late night talk shows feels like a retrograde scene in which to fight about gender politics, that’s because it is. In our current fractured TV landscape, do these spaces still matter? Late Night, the new film directed by Nisha Ganatra, says yes, they do; and what it gets right about that arena, it gets very right. Thanks to star Mindy Kaling, who wrote the script, the film has a thorough grasp of writing room dynamics and delights in pulling apart comedy tropes long taken for granted. It’s a laugher with a message, which is difficult to dismiss.

Now add to this mix the star power of Emma Thompson. She plays Katherine Newbury, veteran talk show host whose popularity is waning. In a bid to appease the masses, prodding her more easily now thanks to social media, she flippantly hires Molly (Kaling) as a diversity hire, a brown woman she can flaunt in front of her all-white, all-male writing staff. One gets the feeling this is “been there, done that” for Kaling, whose well-deserved rise in show business likely felt impossible mere years ago. From there Late Night attempts a few plotlines at once, some coming together better than others. There’s a romantic comedy vibe in play, thanks to the presence of Hugh Dancy; there’s also a generational war going on, thanks to Thompson’s Newbury and her boomer reluctance to change. We’re meant to laugh at the various competing forms of comedy on display too—some that work, others that don’t (by design or otherwise). Meanwhile, everyone nails their parts (save Amy Ryan as the evil boss), which counts for something when casting is the central issue of the film.

Much like the string of progressive, representational films released this year (Booksmart, Long Shot, Always Be My Maybe), it’s hard to pick too hard at Late Night. We do not see many films led by actresses like Kaling (let alone written by them) while tackling subject matter like this. In and of itself, that’s a win. At its best though, Late Night functions like a more expansive episode of 30 Rock (complete with a shot of that famous square). It’s less off-kilter than that show, but also more predictable. We get our happy ending, but in stepping back, I wonder: what else do we gain?