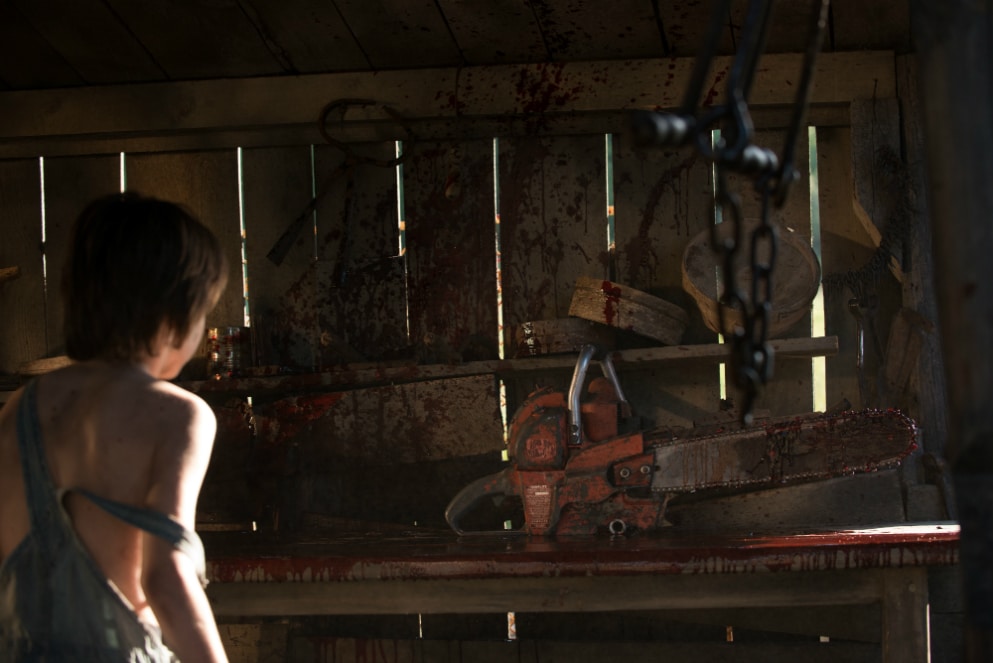 This is the strange season, in which things aren’t exactly what they seem, (Happy Halloween, everybody!). So it’s with a heavy sigh that I report that the latest instalment in the Texas Chainsaw Massacre franchise, the deliciously pulpy Leatherface is actually…pretty good?

Well, it’s not exactly best movie of the year good, but the Texas-set Bulgaria-shot (yes you read that right) Leatherface delivers on what it sets out to do, which is to provide a sort of origin story for Leatherface and scare the hell out of us. Well again, it’s not so much scary as it is bonecrunching, though this was probably to be expected by directors Julien Maury and Alexandre Bustillo,  creators of the controversial Inside.

The Chain Saw franchise and plenty of reviewers hold reverence to Tobe Hooper and the original Texas Chainsaw Massacre, but I am going to be honest: I wasn’t yet born in 1974, and this character exists as an idea more than anything. It’s like Freddy or Jason or Chucky even. The character transcends the film. In this film, a young boy is institutionalized because he is the main suspect in a grisly murder. Flash forward ten years later to 1965, and there is a breakout at the asylum, with…you know what, the less said about the plot, the better.

Let’s just say that Lili Taylor has graduated almost completely into horror films as a matriarch (and looks to be having a great time doing so). Stephen Dorff plays the hero (?) of the film, a sheriff named Hal Hartman seeking revenge for said grisly murder, Finn Jones shows up at one point as a police officer, but is not forgiven for Iron Fist (or Game of Thrones, really). Vanessa Grasse is a nurse kidnapped along with the gang of evils and Sam Strike is Jackson. Look, turn your brain off and enjoy the brutality of the film, which is more of a dirty action film than anything. It’s also way more entertaining than any of the genre films at a certain festival devoted to this type of genre. Plus, the origin story actually makes sense. What’s not to like?!

This Book Has Balls Review