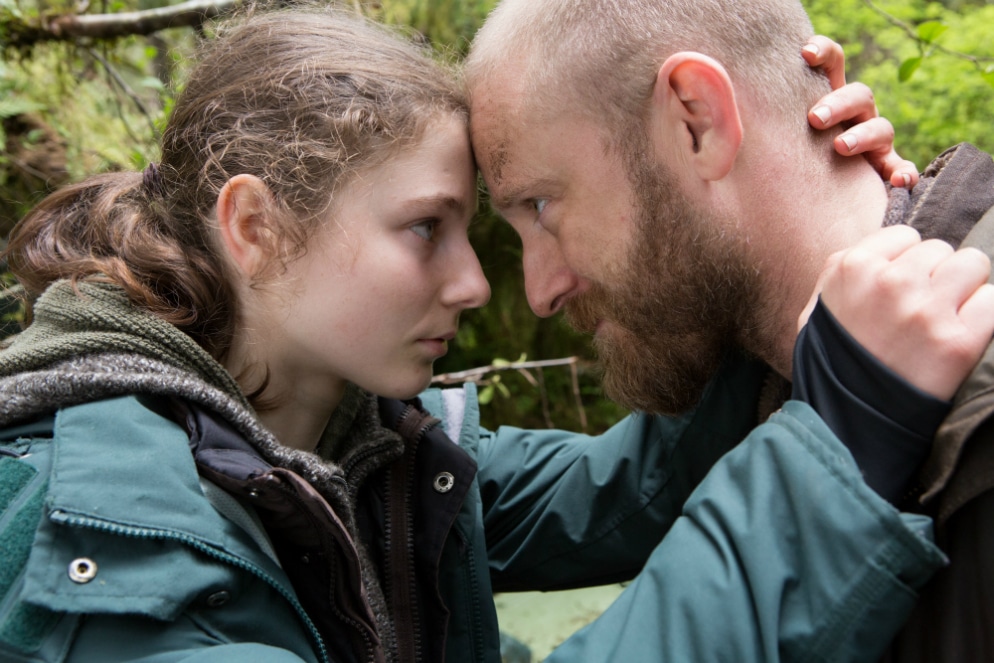 Shifting to the Pacific Northwest for her first dramatic feature since 2010’s Winter’s Bone, writer-director Debra Granik’s new film Leave No Trace is comparably smaller in scope. Where that film grappled with the sins of a daughter’s estranged father and their broader community, here the pair live peaceably together, alone. As co-written by Anne Rosellini however, we quickly learn what that shared life entails—camping in parks, staying on the move, and keeping well off the grid. It’s sweet, but also dangerous.

That’s the whole of Leave No Trace, but within: a world. For long stretches we’re left to study the dynamic between military veteran Will (Ben Foster) and his teen-aged daughter Tom (Thomasin McKenzie) in their idyllic wood. They prepare food, gather resources, and play hunting-tracking games and chess. There’s a comfortable naturalism at work, and Granik imbues the film with an air of consummate know-how. To that end, McKenzie is disarming as Tom, radiating with necessary intelligence and openness. Foster, meanwhile, is exceptionally well-cast, his stock in trade long-established as a nervy outsider (it’s the close-set eyes). Seeing him here as a man suffering from PTSD, layered in capability and hurt, fits. Even when he’s trying not to, Foster exudes a certain menace—which becomes a problem as the film’s outer world begins to intrude. Yes, others do get involved in the story of these two, be it a case worker, a pastor, or a concerned accidental neighbour, and it’s hard to miss actors like Jeff Kober and Dale Dickey. But the film still rests on McKenzie and Foster, and they ably carry the weight.

While Leave No Trace invokes the work of Kelly Reichardt, another stalwart female American filmmaker, I was reminded instead of You Were Never Really Here, which feels of a piece despite coming from a world away. Leave No Trace is far tamer and less shocking than that film, its technique much quieter, its young co-lead granted more agency. And yet the emotion gasping from its core is the same. We can intuit where its characters are going, even if they don’t—or won’t admit it—until the end. Let’s call this one You Were Always Over There.