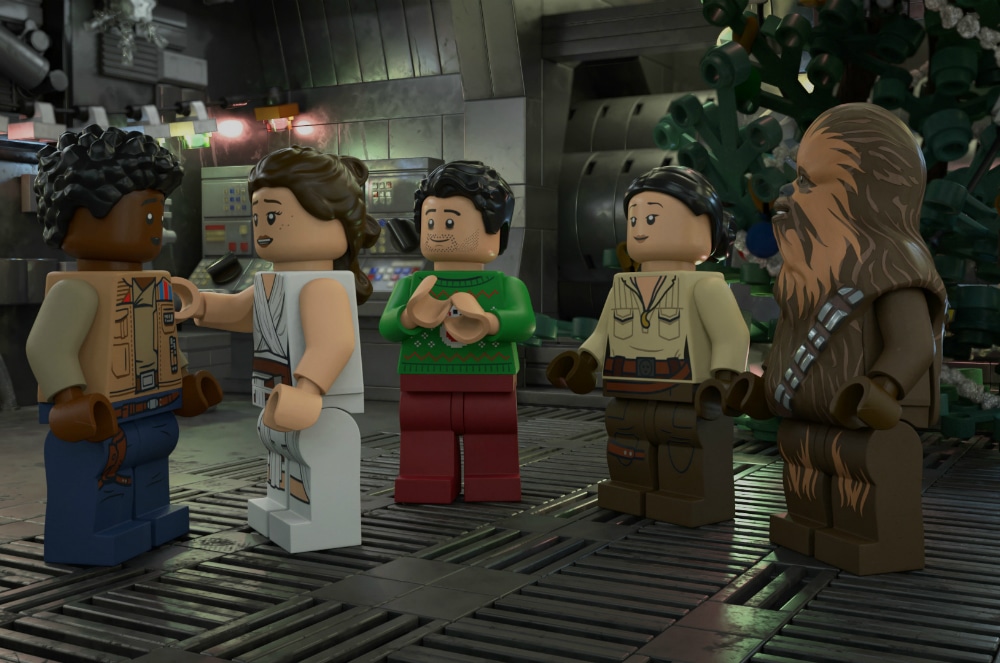 As a way to re-write the historical Star Wars Holiday Special mess from 1978, The LEGO Star Wars Holiday Special is a sound albeit devious idea. This is content with intent, fuelled by Disney’s desire to create a new generation of fans—and also bring more of Star Wars (including our own collective memory) under its control. However, absent Christopher Miller and Phil Lord—creators of The LEGO Movie, fired while making Solo—this new special doesn’t find its own zany or unique place.

The setup is semi-familiar: the (LEGO-ized) gang from the latest Star Wars trilogy prepare for Life Day, a celebration ostensibly for Chewbacca and his Wookie family. This time though Rey finds a device that allows her to tumble through famous Star Wars scenes, meeting characters from the distant (and recent) past. Naturally, director Ken Cunningham and writer David Shayne use this as an opportunity to riff on loads of goofy Star Wars minutia—everything from Jar Jar Binks’ senate career to Luke’s photon milk moustache is fair game. (We even get a Baby Yoda cameo.) The film needs all this busyness because, well, there’s nowhere else for it to go; and despite being much shorter than the original, it too wears itself out by the end. The difference between the two is ultimately in their animating spirit. While, yes, the 1978 version remains a truly bizarre artifact, it was at least put together in a misguided attempt to make something new. That’s just not so with this latest revision.

Not to be too nostalgic, but it’s a sizeable leap from Bea Arthur vamping in a Mos Eisley cantina to this slick corporate product. Both are, of course, attempts to cash-in on the most lucrative cultural franchise in history, but the first doesn’t have a sense of irony about itself; it’s still just trying to put on a show. The LEGO Star Wars Holiday Special, meanwhile, has been carefully calibrated in its appeal. It may go down easier—especially for kids—but it also tastes like plastic.