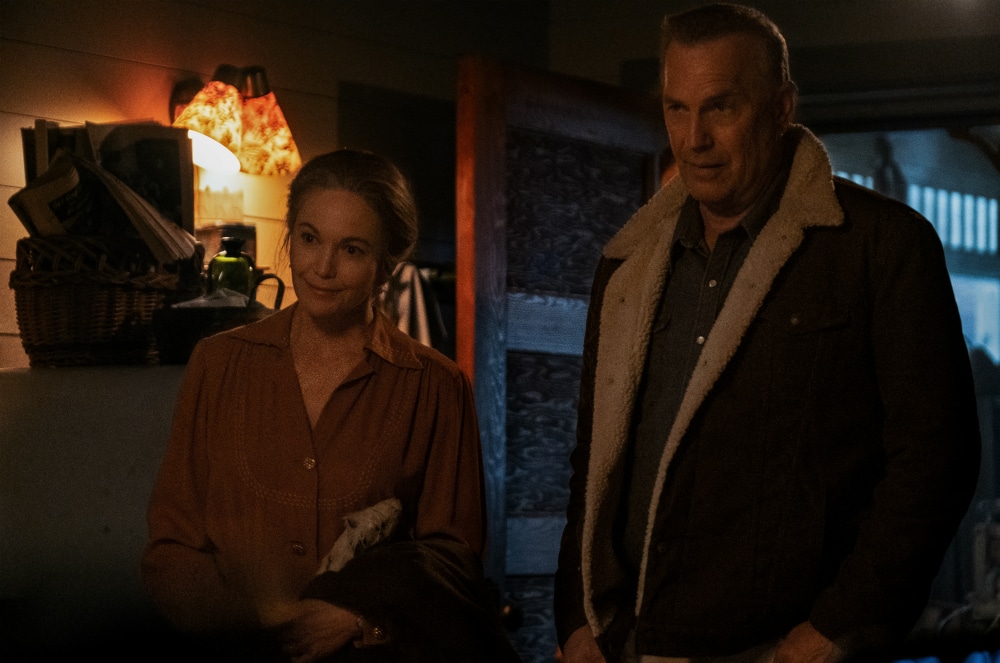 The highest praise I can offer Let Him Go, from writer-director Thomas Bezucha, is that it feels at home with the films of the 1950s, the decade in which it’s set. In that period, western films were far more common and told tales of folks in white and black hats involved in conflicts over land, love, or family—and often all three. Bezucha’s work here is a knowing nod to those archetypes. His film is not original, but its use of those classic tools builds a new work of drama and suspense on which to hang those same feelings.

After the Blackledges’ son dies in an accident, retired lawman George (Kevin Costner) and his wife Margaret (Diane Lane) tend to their grandson and daughter-in-law Lorna (Kayli Carter) in their grief. When Lorna remarries and takes off overnight with new husband Donnie (Will Brittain), the elder couple commits to discovering the young pair’s fate—and, as becomes apparent, rescuing them from it. They’re the white hats, and so enters their opposite: the Weboy family, a cadre of sons led by their matriarch Blanche, portrayed by an aflame Lesley Manville. It’s her performance that ignites Let Him Go, giving what first amounts to a lot of smoke some heat. That’s not to sweep aside Costner and Lane, both of whom add depth to their characters before the inevitable climactic confrontation. Bezucha knows what he has in with this trio, using each of their strengths to form his film’s foundation.

To update the shape of Let Him Go, there’s also Peter (Booboo Stewart), a young Indigenous man who befriends George and Margaret. His presence adds a modest spin to the film, which gradually gains momentum from this and other slight additions before arcing through its final crackerjack sequences. We never stop caring about those white hats though. Maybe that’s a modest thing too, the least we should expect. Yet it grants the film something more: a solid, timeless quality, one that’s easy enough to appreciate.