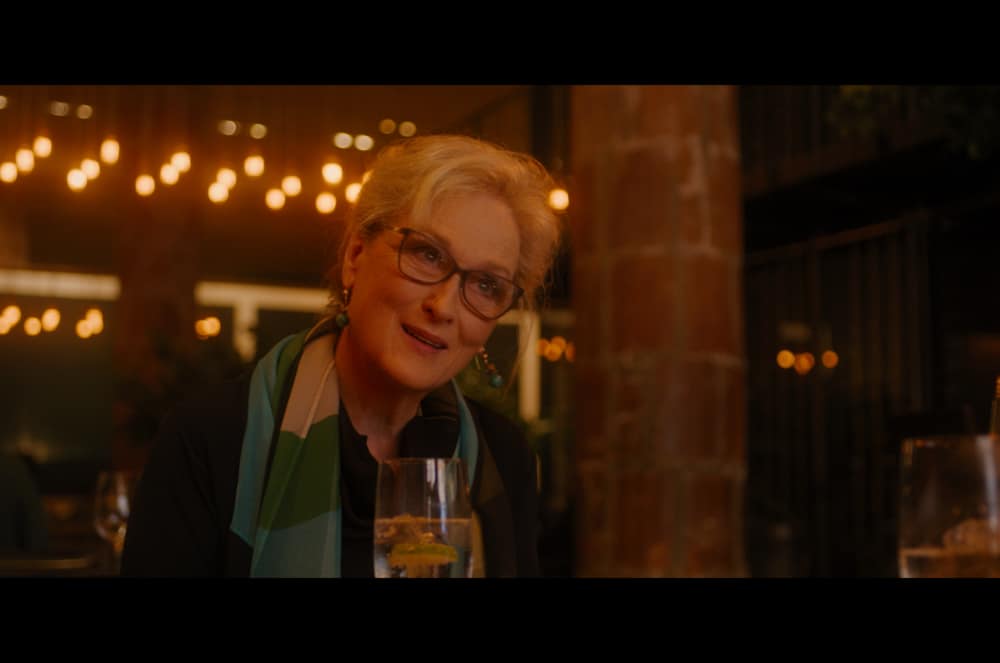 There are a few passages of Steven Soderbergh’s new film, Let Them All Talk, that will give cause to sit up and take notice. Despite its low temperature, with minimal stakes and a drawn-out, relaxed narrative, the script from renowned writer Deborah Eisenberg does sparkle when it so desires. Those moments, however, are few and far between, doled out by the film’s cast of adrift stars in service to a rather cloudy central thesis.

Given Soderbergh’s technical eye, Let Them All Talk is still as imminently watchable as any of his other recent iPhone-made films. The chosen setting here—a trans-Atlantic cruise—helps this cause as well, giving him plenty of opportunities to light and edit scenes with his usual rigour. As to its plot, here we are: Alice (Meryl Streep), a famous writer, invites her nephew (Lucas Hedges), and two oldest friends Roberta (Candice Bergen) and Susan (Dianne Wiest) to join her aboard the ship for unclear reasons. Does she want to reconnect or is she just looking to extract some new inspiration for her latest book? We’re left to make what we will of it all—including a side-plot involving the nephew’s crush on Alice’s new literary agent (Gemma Chan). There’s intrigue here, but the charges most often laid at Soderbergh’s biggest films (e.g. that he’s just goofing off in luxury) actually seem to fit here. At worst, this film feels like an excuse for a production company to pay for his trip across the ocean.

Later in the film, Wiest’s character notes that the new generation will not be able to tell stars from satellites, and we arrive again at a noteworthy line of thinking. Here we sit with young Hedges as he regards three titans of Hollywood casually—albeit very capably—acting out some mild late-life drama. There’s a deep sea of emotion roiling beneath these lines and faces (and lined faces). But it also feels like we’re just staring into an empty sky, wondering if anything else is out there.