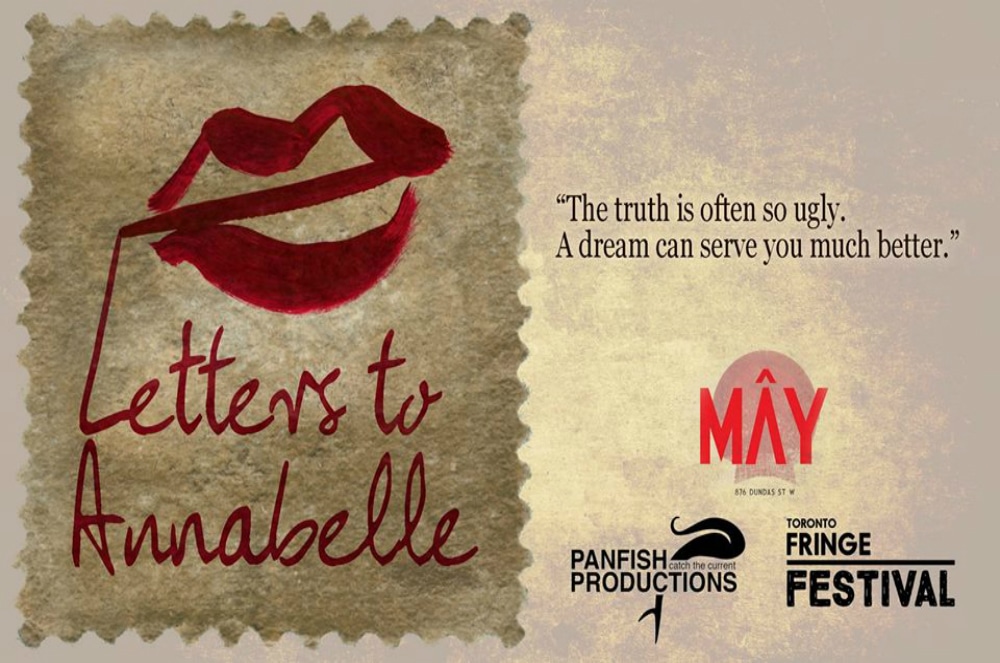 Letters to Annabelle is a difficult show to watch because so little of the action takes place as a part of the main story, and yet it can be argued that the action on the side is the main story. The show takes place in the Vietnamese bar Mây, and though this review isn’t about the venue, it should be noted that the service was a little haphazard, and yet this somehow added to the experience instead of detracting from it.

There is a show going on long before the play begins, as burlesque dancers mingle throughout the increasingly full and incredibly hot space. There is little indication about what constitutes a member of the audience, a performer or part of the company. I told the man behind the bar that I wanted to order a drink, and it turns out that he was the proprietor of the show within a show. Kyle Bailey is the star of the show, as his Canadian soldier Liam is both the featured character and Bailey himself has quite strong acting chops (and appears in his underwear frequently).

The play should probably be best experienced in a haze of memory and dream and (sur)reality, so let’s just say that the lines become really blurred. This is especially true of the burlesque performers who are the other stars of the show, and particularly Knox Harter, who appears in the show as Knox Harter (in a bit of blurring), and brings a lot of energy to a supporting role. The show is written by Stephen Joffe, a young local playwright who’s quite adept at being able to transport an audience. While the show runs long, it lingers and makes every interlude count. There is a fan, but this show turns up the heat significantly.