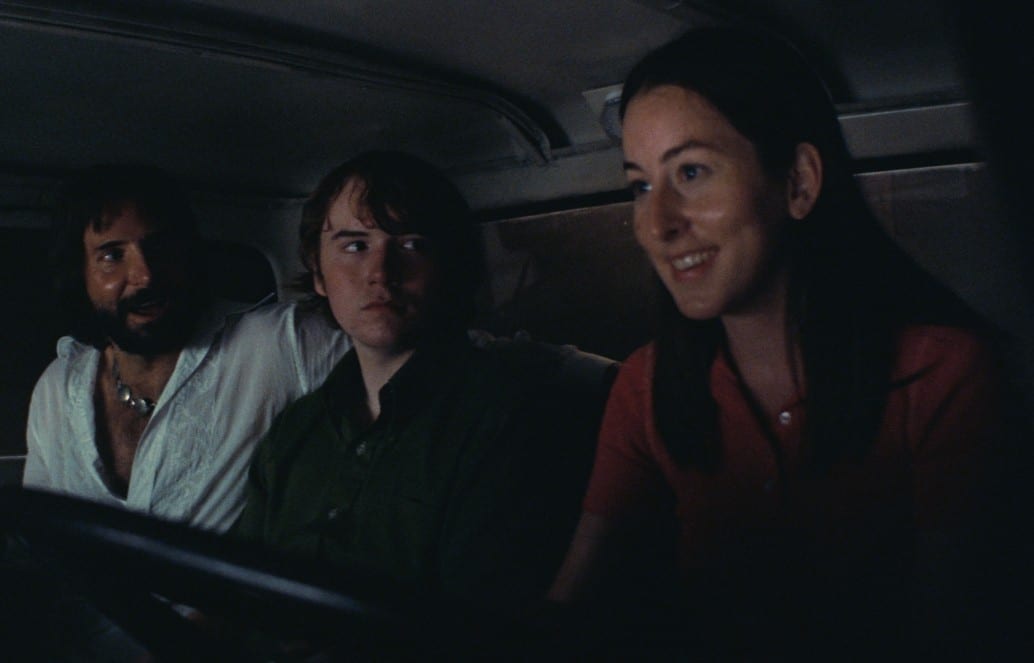 Movies have conditioned us to identify Licorice Pizza as the story of Gary Valentine. He’s the 15-year-old actor/entrepreneur in writer-director Paul Thomas Anderson’s latest film whom we assume is on a coming-of-age journey circa 1973. That trip does happen, but not quite in the way we expect. When Gary announces “I won’t forget you” to the object of his affection, we hear youthful bravado. How could that be true? Nevertheless, the words lodge in our minds—and the film lifts off.

Working away in Anderson’s beloved San Fernando Valley, Gary is played by Cooper Hoffman with the same hulking yet tender presence his dad Philip Seymour used to employ. And that lift in Licorice Pizza comes immediately: Gary meets Alana Kane (Alana Haim, of the band Haim, making quite a debut) and, unbeknownst to both, they become inseparable. Instead of being about this kid wooing the “older” woman (she’s 25), however, the film gradually centres on Alana and her resistance to the idea that Gary may have been right. This female perspective is not novel, per se, but for Anderson it builds on the masterful Phantom Thread, suggesting even further refined artistry. Back in his California comfort zone, Anderson constructs an episodic film filled with fascinating and funny marginalia, along with Hollywood events both semi-real (Bradley Cooper as Jon Peters horn-dogging around LA) and surreal (Sean Penn as a manic Not William Holden). It gives the film a loose feel as if it’s searching for itself as it goes—except that’s actually part of the conceit. Anderson knows exactly where he’s going. The joy here is in both the journey and the destination.

If you’ve been a reader of mine here, you may have noticed I’ve never given out a five-star review. It’s become a sort of hedge against deeming any one film as perfect. True to its title, Licorice Pizza may not be to everyone’s taste, and intellectually speaking it too is not “perfect.” But then there’s this: when you love something, you’ve got to be all in—flaws and all. So, I’m happy this film exists.