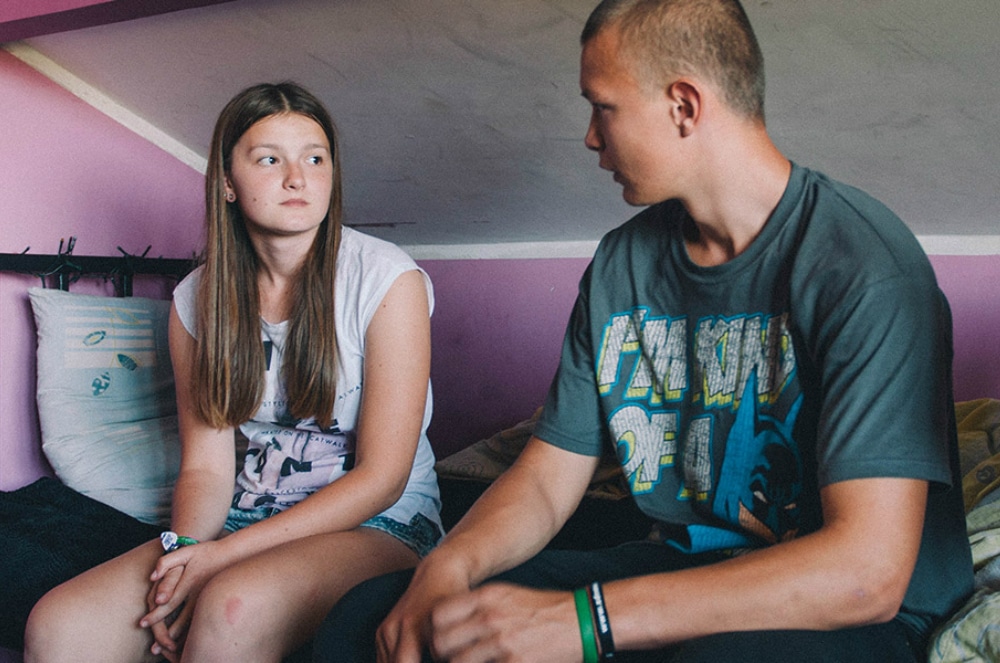 So much of the ongoing crisis we have with the world’s young men is in their lack of access to proper education from other, older men. In writer-director Rosanne Pel’s debut feature Light As Feathers, we see this effect writ large as her young protagonist Eryk (Eryk Walny), supervised only by women, lurches through life. He’s awkwardly coming-of-age, sure, but it’s fair to ask: coming into what?

In a Polish village, Eryk horses around with pals, works at a goose farm, and clumsily woos neighbour Klaudia (Klaudia Przybylska). He is close with his single mother Ewa (Ewa Makula), so close, in fact, some think they are a couple. What Eryk knows of relationships he’s gleaned from his home dynamic, one in which men do what they want (or are absent). In one sharp scene, we see what this means for Ewa; she rants at her latest lover about her wants and needs, while the man angrily smokes and then, silently, leaves. Pel captures these people’s lives in a roughly hewn style. There are few flourishes in her technique, nothing that feels unnatural. This lends well to the film’s sense of empathy, and also its extreme discomfort.

What these kids eventually get up to is not hard to guess at, nor is the outcome. Pel’s sensitivity, however, manages to extend to everyone, even poor dumb Eryk at the film’s centre. Light As Feathers doesn’t have a solution for him, or said broader crisis. The young men who see this film may still learn something though.