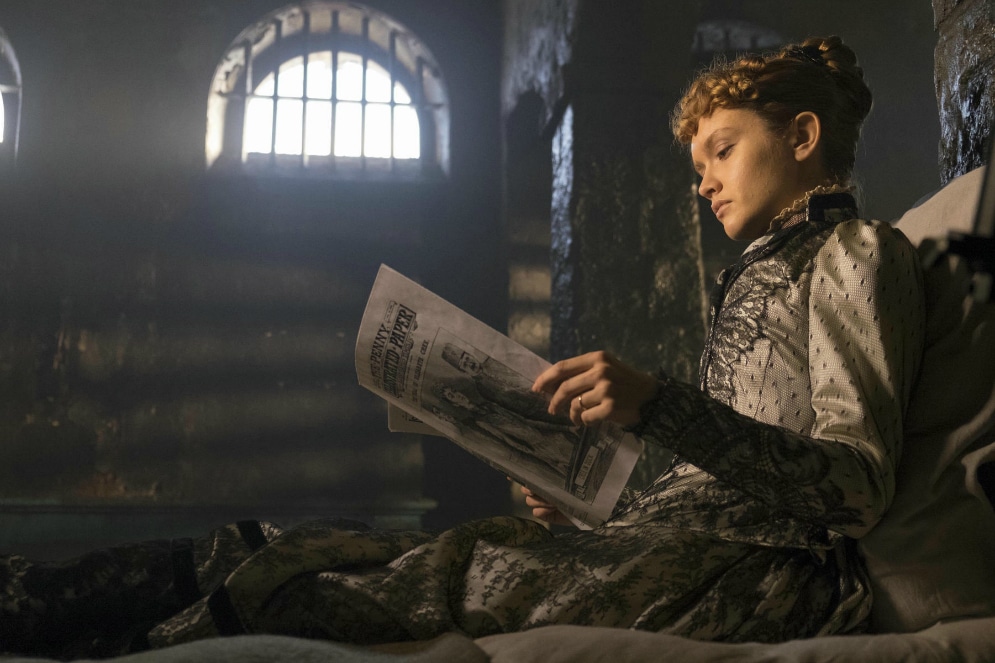 Premiering at last year’s TIFF, The Limehouse Golem already feels a little bit out of date. I mean, obviously, as it is set in Victorian London, but in the ways of the film, it feels a little bit like a time capsule. In fact, the film that kept coming to my mind while watching the film, (for the first time, as I would have liked to have seen it at the festival), was the idea of London Road, but not as a musical (and of course, not set in the time of London Road). And yet the fear of a serial killer remains throughout the film, only this time it is the spectre of Jack the Ripper that haunts its main characters. One thing I will say about The Limehouse Golem, which is that unless one has read the book Dan Leno and the Limehouse Golem, on which the film is based, by Peter Ackroyd, the ending is actually quite unpredictable, or at least I found it to be the case.

The story is that the Inspector John Kildare, “not the marrying kind”, was supposed to be played by Alan Rickman, but instead we get Bill Nighy, who isn’t perfect for the role, but he’s still the extraordinary Bill Nighy. Inspector Kildare is inspecting Elizabeth Cree (Olivia Cooke), who is accused of poising her husband John, who may have been the “Golem” of the title. Speculation ran that the murders committed were so brutal, that they must have been performed by the mythical Golem of Jewish folklore. Naturally, there are a number of complications, and while Nighy may not be perfect for his role, and Cooke has been much better elsewhere, the standout of the film is Dan Leno (a real person), who may have been excised from the title but here is played by Douglas Booth. This is a career-high performance for the enigmatic Booth, who remains wildly popular, but rarely rises to the material. Here he is incredible and a natural standout. I’d watch more films like this one just for Booth.