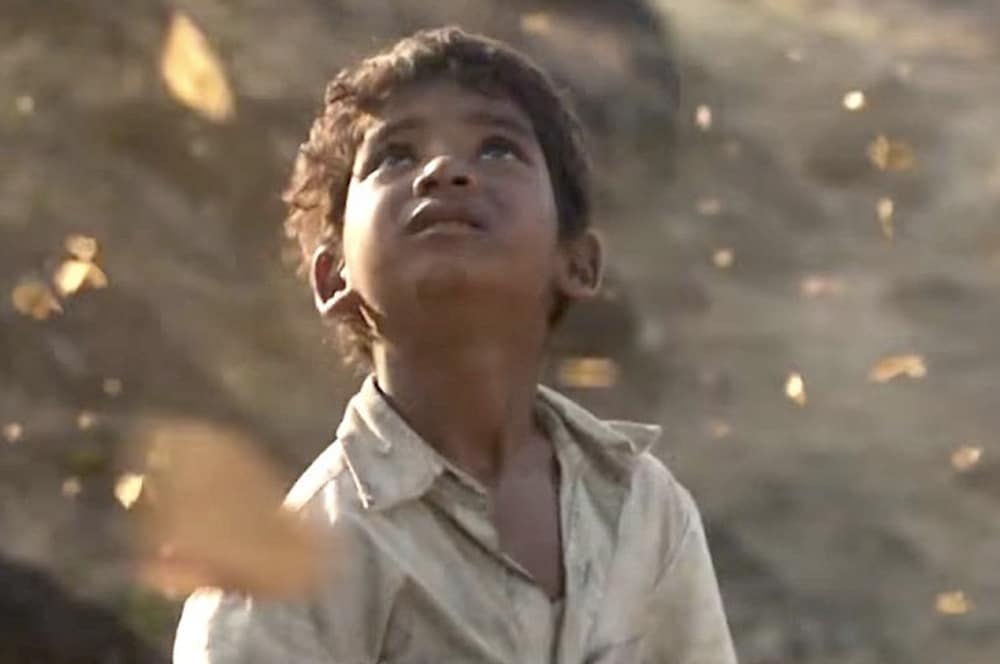 Your enjoyment of the film Lion will likely depend on the feeling that a mother dictates the life of a child. Because Garth Davis’ film, based on a true story about the extraordinary journey of Saroo Brierley, (played by Dev Patel as an adult), is really dramatically different based upon the feeling that Saroo was transformed (or not) by his adoption by Sue Brierley (Nicole Kidman in a floppy wig), and to a lesser extent by John Brierly (David Wenham), and perhaps by the love of his girlfriend Lucy (Rooney Mara).

From this reviewer’s opinion, the heart of a Lion is discovered in the first half of the film, in which a six-year-old Saroo (Sunny Pawar) embarks on an incredible (and accidental) journey. This trip will come to define Saroo’s later life, as it’s incredible to have the luxury of taking the time to experience the trip alongside him.

An aspect of Lion which may not receive enough credit is its stunning “you are there” cinematography of Greig Fraser (of Zero Dark Thirty and the upcoming Star Wars: Rogue One). The sense of greatness and smallness is contrasted in a way that does not seem pandering (as opposed to, say, the latter half of the film), and really feels most stunning when we realize that much of the trip is constructed from Saroo’s memory filtered through his memoir adapted into the film. So while it may not be one hundred percent accurate that Young Saroo was exceptionally close to being lured into scary activities in Kolkata by a woman named Noor using mainly a bottle of soda, it doesn’t matter because this journey shows the great vastness of the Indian landscape and how different his hometown is from the bustling and chortling urban centre of Kolkata. It doesn’t hurt either that Noor is played by Tannisha Chatterjee, and though villainous, the reviewer would relish the chance to track this particular character throughout her journey.

Ultimately, the film gets bogged down through repeat mentions of Google Earth, a change of heart from Saroo, who surprisingly is unhappy with his life (or perhaps simply unfulfilled), and the presence of Mantosh, the brother that couldn’t escape his more troubling upbringing. The second half feels treacly and melodramatic, unnecessarily so. But the journey is fascinating that the trip home, while perhaps obtained through means less than compelling is still well worth taking, for Saroo and for a discerning viewer.