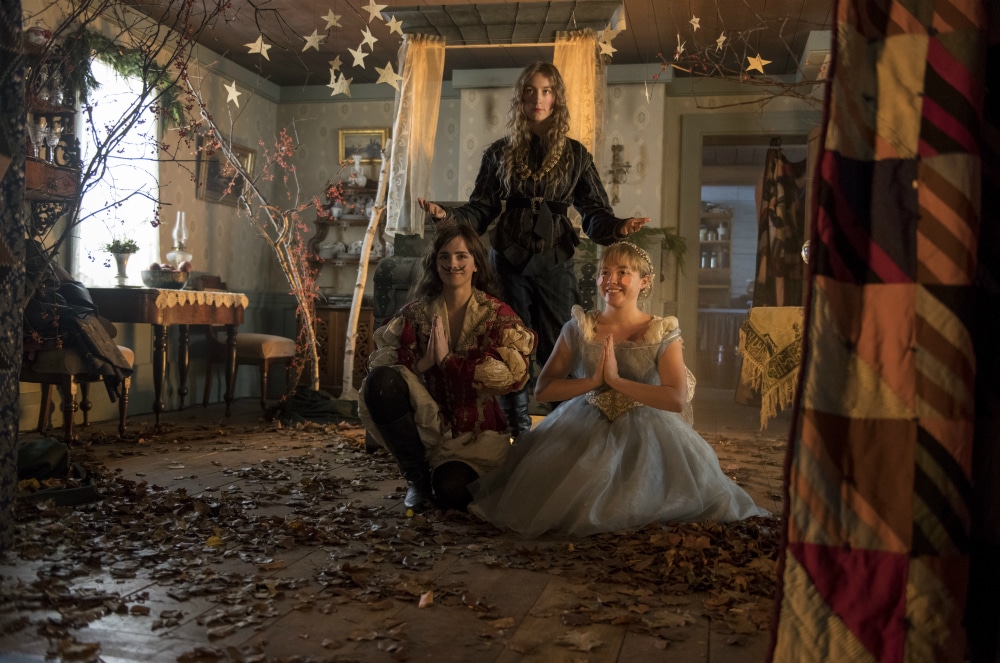 Writer-director Greta Gerwig’s decision to remake Little Women could be seen as mild sacrilege. Her film, based on the popular book by Louisa May Alcott and preceded by the beloved 1994 adaption, has many preconceived notions to overcome. Rather than a staid do-over, Gerwig instead makes a leap that matches her characters’ own ambitions. After her success with Lady Bird, she’s working on a much larger canvas here and, despite this film’s “remake” status, creates something new.

In case you didn’t know, Little Women is built around a family of four sisters—Jo (Saoirse Ronan), Meg (Emma Watson), Amy (Florence Pugh), and Beth (Eliza Scanlen). Their father is off fighting in the American Civil War, leaving their mother (Laura Dern) to tend to them and the broader community. This includes “Laurie” (Timothée Chalamet) of the rich Laurence family and the poor Hummels, both used as not unimportant devices in the film. As made clear, these women are not insulated from the wider world; they’re instead shaped by it in ways they can and can’t control. In this, Gerwig’s bold decision to re-jig the novel’s timeline, altering its traditional linear structure, enforces this thematic notion. Instead of suspense, the film creates emotional layering and doubling that satisfies. It plays with the knowledge of what it knows—what the book’s fans surely know—and what each character learns in time. And as with Lady Bird, it’s Gerwig’s luxury to have an actress like Ronan (to say nothing of the entire capable cast, including Meryl Streep) anchoring the film’s narrative throughline. Gerwig’s efforts lead to perhaps one ending too many, but the world captured in the film is rich enough to support it.

Now a personal admission, I approached Little Women with no real grip on the source material and only a loose memory of the original film; in short, I wasn’t sure what I was walking into. While watching the film, however, something surprising happened: I was delighted and engaged by the idea of seeing where it all went. This may make me a Philistine to some, but I prefer to see it another way. I’m just another joiner to the cause.