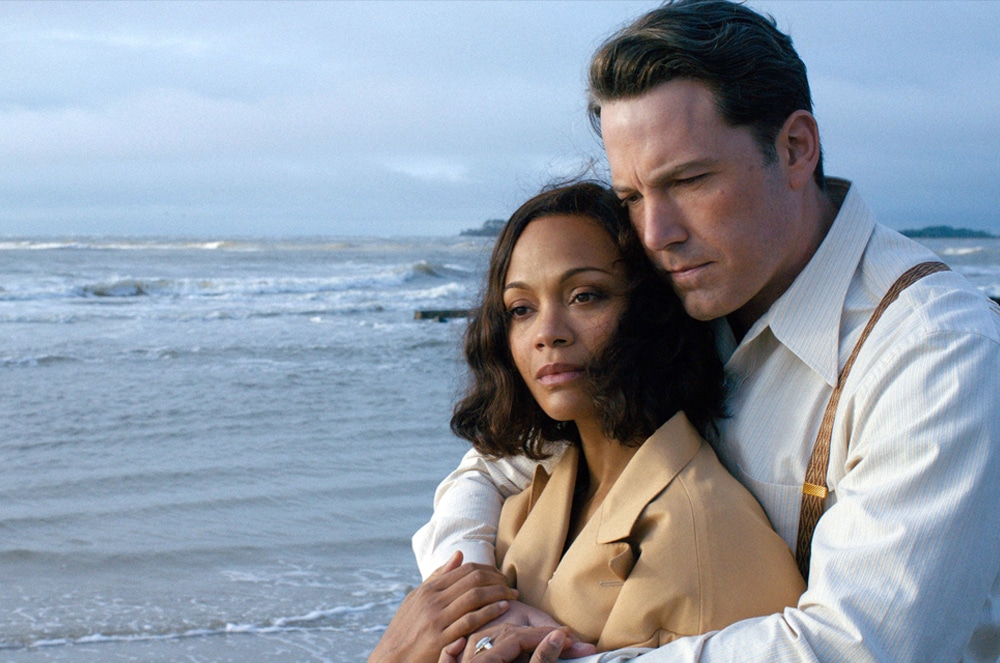 Ben Affleck’s Live by Night is a film that I have been waiting to see for a long time, (I’m a huge fan of Dennis Lehane’s), and let’s say that the Blu-ray and DVD combo pack of the film lives up to the expectations. For one thing, the film is shot beautifully. Affleck surrounds himself with the best people, and choosing Robert Richardson (Argo, JFK, Hugo), to once again do the cinematography was a brilliant decision. Every scene is impeccably shot, from the scenes in Boston (actually Lawrence, Mass, though some are shot in the North End), to those that place in Ybor City, Florida (actually Brunswick, Georgia and Los Angeles). Editor William Goldenberg (Argo, The Imitation Game, Zero Dark Thirty) navigates Affleck through some difficult scenes quite deftly, Jacqueline West, who has frequently worked with David Fincher, has created some gorgeous period costumes, Nancy Haigh’s sets, Harry Gregson-Williams’s score, the graphics, all beautiful.

Furthermore, Affleck the actor surrounds himself with Brendan Gleeson as his father, Thomas Coughlin (a mean SOB in the book, Gleeson brings some gravitas to the role), Sienna Miller is a surprising choice for Emma Gould, but sinks her teeth into the role quite well, Chris Messina is a surprisingly heavyweight as Dion Bartolo and pulls it off, Affleck vet Chris Cooper great as always as Police Chief Figgis, Elle Fanning resplendent as his daughter Loretta, singer Miguel very strong as Esteban Suarez, Zoe Saldana a natural fit as Graciela, frequent Aflleck co-star Titus Welliver believable as bartender. Even Clark Gregg and Anthony Michael Hall, in small roles, are fine.

The biggest issue with the film is surprisingly Affleck himself, who is perhaps not the right choice for the role of Joe Coughlin. He distills out the nuance of Lehane’s book, taking whole passages verbatim, though not bringing in new insight to the role of a Boston gangster. The film often feels similar to The Town, which is overall saying something else entirely and is by Chuck Hogan. Still, there is much to enjoy in this attractive Blu-ray package, and is worth acquiring. 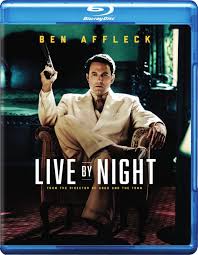 Some special features include ‘Live by Night‘s Prolific Author’, spotlighting Lehane, a producer but not involved with the making of the film, ‘Angels with Dirty Faces: The Women of Live by Night’, a Director’s Commentary featuring Affleck talking differently than he does in the movie, with a noticeable lilt to his delivery, and deleted scenes including an almost entirely reworked opening sequence (a slightly better one, in my opinion).

Live by Night is now available from Warner Bros. Home Entertainment and is worth picking up.