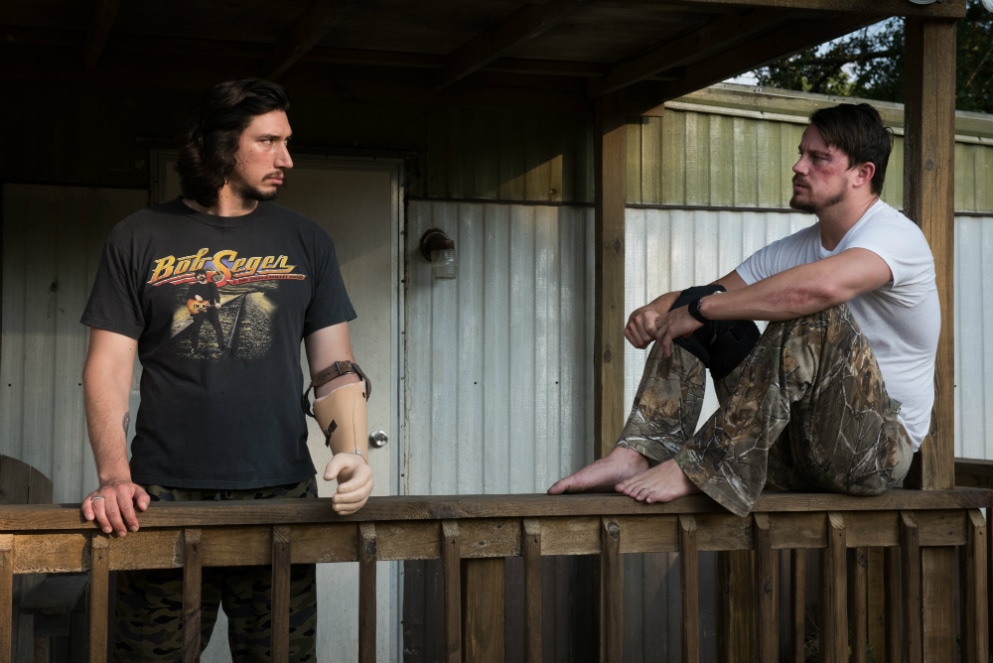 The long-awaited return of Steven Soderbergh, Logan Lucky, almost feels like a different director was at the helm for the majority of the film, and really only rounds into form in the final twenty or so minutes. The yellow and blue hues are mostly absent, (and the film is practically bright), and his typical snappy banter doesn’t lead to a sense of a conclusion, until a pair of late film appearances suddenly snap the film into place. The story is about Channing Tatum as a deadbeat dad (to think that his character was once married to Katie Holmes is surprising) and Adam Driver as a pair of loser brothers. Jimmy and Clyde Logan are the titular Logan Lucky siblings, and the title is clearly meant ironically as everything they touch seems to turn to the opposite of gold.

The cinematography (by Soderbergh) is sharp and the effects are stunning, as Adam Driver actually seems to be without a hand and lower arm as the bartender member of the family. Tatum’s Clyde seems intent to do odd jobs, and the two sort of jokingly toss around the idea of robbing a bank, until it’s not a joke anymore and a bank vault at NASCAR and the Charlotte Motor Speedway become involved, (despite prominent plotlines of West Virginia and North Carolina, the film was made in Atlanta). There is a bit at the beginning in which Seth MacFarlane plays a British Energy Drink peddler and auto racing sponsor which seems too weird, until he returns later on in the film. Preferable is Sebastian Stan as Dayton White, a new-age racer that does not descend into parody. Of course, Daniel Craig walks away with the film as criminal Joe Bang, though his brothers Fish Bang and Sam Bang (Jack Quaid and Brian Gleeson) aren’t far behind as both have a blast in their limited screen time.

The women of the film, the aforementioned Holmes as Bobbie Jo and Riley Keough as Mellie, fare far worse, (and Mellie even does hair quite badly), but Farrah Mackenzie does a fun turn as Sadie, a sort of nod to Abigail Breslin in Little Miss Sunshine. The movie is uniquely Soderbergh, and though mentioned in the film as “Ocean’s 7-11” (though it goes by very quickly), it’s the kind of film that is uniquely welcome in this day and age and a sort-of return to form.