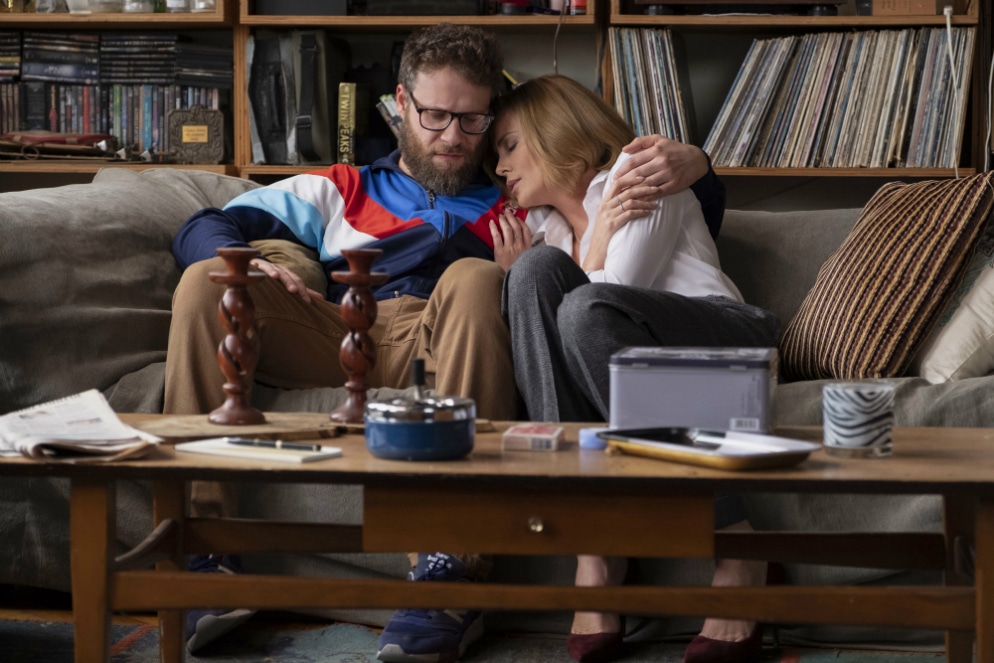 As a starting point for a romantic comedy, putting Charlize Theron and Seth Rogen together is not the worst idea. Still, one can understand the trepidation: we’re supposed to buy… this? In Long Shot, the new film from director Jonathan Levine, the answer is yes, we are. And what’s more, we’re expected to buy Theron as the striking, powerful, and ambitious Secretary of State falling for Rogen as, well, Rogen. What a laugh.

Much like this on-screen relationship, Long Shot shouldn’t work. The film, written by Dan Sterling and Liz Hannah (her first post-The Post), introduces us to journalist Fred Flarsky (Rogen), a principled loser always coming up short in his fight against the man. Then we meet Charlotte Field (Theron), working hard for the biggest man there is (Bob Odenkirk’s narcissistic President Chambers, a nice touch) with hopes of supplanting him. Both milieus feel accurate: Fred’s employment is precarious, Charlotte moves in a man’s world. From there we pass all the usual rom-com signposts—the meet-cute, the getting-to-know-you montage, the introduction of a romantic rival (Alexander Skarsgård as a Justin Trudeau stand-in) and a villain (Andy Serkis as a Roger Ailes stand-in), you get the idea. Much as he’s done throughout his career, Rogen plays a lovable schlub, the guy who doesn’t quite have it together but is believable in his aspirations. Theron, meanwhile, gets to be both capable and human, which counts as another stride forward for the genre and for her career. There’s a running gag in the film noting actors who’ve made the jump from TV to movies; Theron started in the latter, and it shows here.

Levine, however, is a bit too TV and Long Shot strains as a result. His shot-reverse shot cutting gets too busy, there’s an action scene ripped from a bad CBS drama, and its of-the-moment cultural gags will date quickly. The film is also a complete Hollywood fantasy, just not in the way you’d think. That it works as well as it does is not because we really want to see Rogen and Theron together. Rather, it’s because we’d love to believe in the honest integrity of a future U.S. President. If this film helps us get there, it gets my vote.