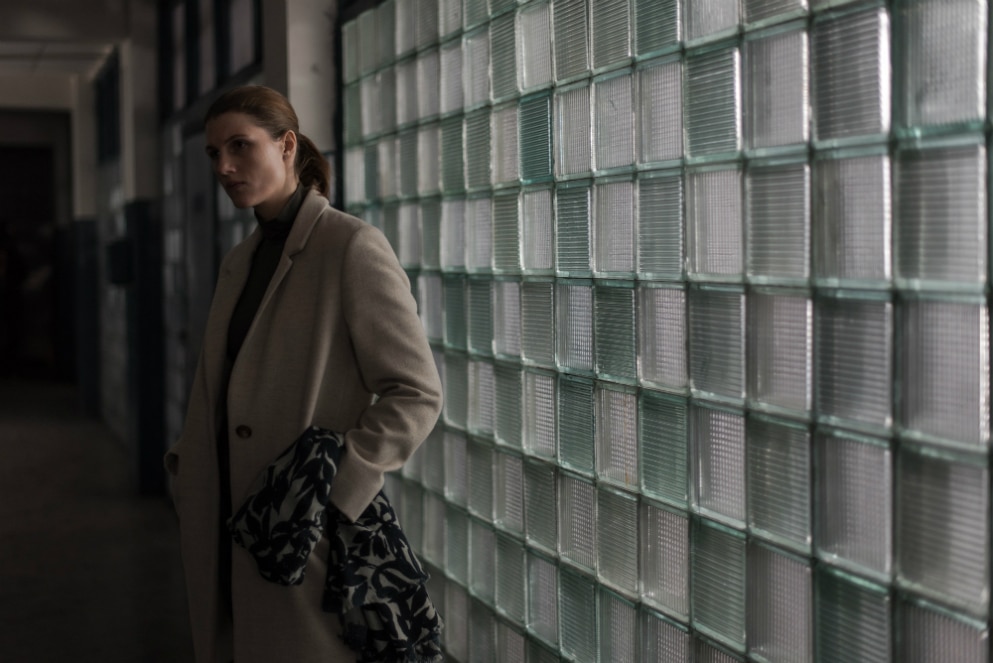 There are perhaps two ways to experience Andrey Zvyagintsev’s powerful film Loveless, and both ways cut to the very core of the film. I left the theatre shaking, and this was with an audience that had mostly already seen the film.

The first way is to simply let the scenes play out as intended. The English title is accurate, as this is a story of a mother, Zhenya, and a father, Boris, and a son, Alexey. The mother doesn’t love the father, the father doesn’t love the mother. It manifests in the boy’s resentment and he takes a diverging path home from school in the wood. Meanwhile, the mother adapts to a new relationship with a lover who is older and wealthier, and the father enters a relationship with a woman who is younger, thinner, blonder, and oh yes, spends much of the film pregnant. The husband also goes to work and experiences the daily bureaucracy of his job, bad cafeteria food and unpleasant co-workers. The mother goes to the hairdresser and the waxer and out to dinner and the boy is sort of an afterthought, as the belief is that he will turn up again soon.

So in this way, the exceptional shots of snow and ice on trees and the winterscape of Moscow reveal that the film plays well as a sort of (im)morality tale, as nature gives way to all too human nature. But the film also works as metaphor, and the state was critical of Zvyagintsev’s previous film Leviathan and yet somehow accepting of this one, but if the events can be read metaphorically, the story takes on further transformations and may be even more upsetting than his previous work that was criticized. There is an attempt to undermine, but it can be bypassed if we desire not to explore it.

However, don’t go in expecting a happy or a pleasant experience for Loveless. The film is as bleak as anything despite sharp colours and positioning. The film is probing bordering on voyeuristic. It would be my choice for Best Foreign Language Film at the Oscars, and maybe the best film of the year, period.

Win a Run of Engagement pass to see Loveless at the TIFF Bell Lightbox here!

WIN PASSES TO THE TOMB RAIDER FAN SCREENING IN TORONTO!