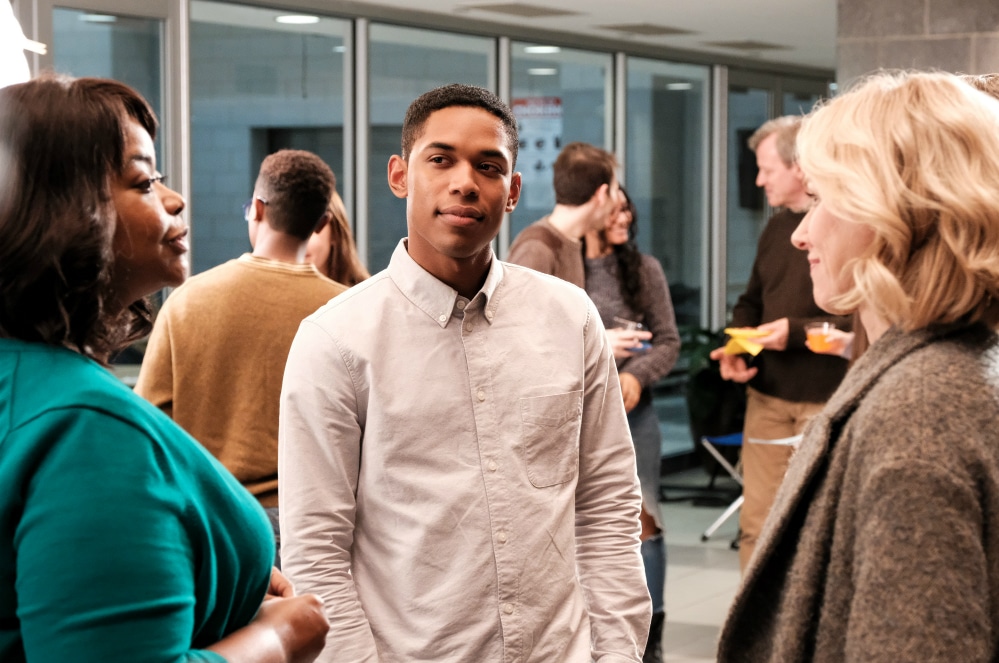 About halfway through Luce, Obama gets his first mention, a not unsurprising moment given star Kelvin Harrison Jr.’s young statesman-like role and the film’s subject matter. As directed by Julius Onah and co-written with J.C. Lee (from his stage play), the titular character is his high school’s golden boy—an ace runner, debater, and student—who’s also in the middle of a swirling drama that comes to indict his teachers, his parents, and, as the filmmakers tell it, America. So then, what’s the charge here?

After handing in an assignment in the voice of writer Frantz Fanon, Luce catches the already concerned eye of his teacher, Harriet (Octavia Spencer). She’s found some illegal fireworks in his locker and now worries Luce, who spent his childhood absorbing untold horror in Eritrea, is plotting revolutionary action. When Harriet brings this to the attention of his well-meaning adoptive parents, Amy (Naomi Watts) and Peter (Tim Roth), instead of getting to the bottom of the situation, she gets in too deep—a dangerous place for a Black woman. Still, the other characters are implicated too, as no one is quite sure what Luce is up to, or why. As brought to the screen by Harrison Jr., that’s by design, and he plays it as carefully as the script allows. As the film expands to include troubled Stephanie (Andrea Bang), Luce’s girlfriend, and Harriet’s mentally ill sister Rosemary (Marsha Stephanie Blake), the collateral damage of his actions, and the duplicitous nature of his identity—whether forced on him or not—is indeed shocking; just not, I think, in the way Onah intended.

Luce‘s construction does escape the bounds of the stage on which it began, but it fails to elude the didactic nature of its telling. Despite all their deceptions, the characters within the film only maintain the preconceived notions they’re meant to upend. What we learn about, say, black and white America—or the wider world, for that matter—feels circumscribed by the same stereotypes the film is trying to dismantle. It’s complicated, sure, but the grey we see here only condenses into a fog.