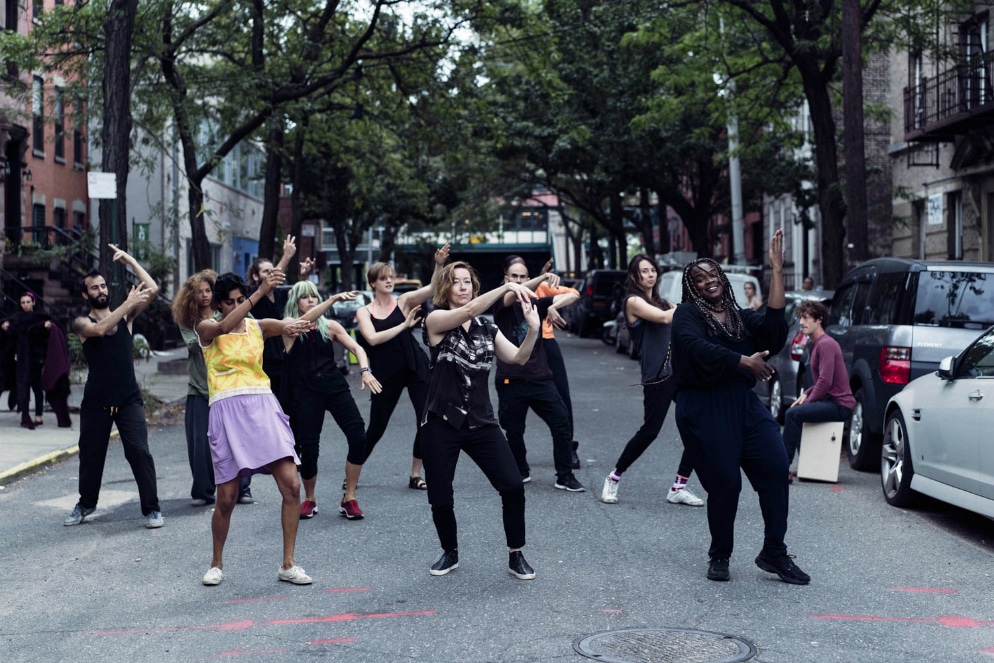 Madeline’s Madeline is a challenging film. As written and directed by Josephine Decker (with an assist from Donna di Novelli), we are placed inside the mind of the young girl and then tossed about. There’s a lot going on here, involving immersive theatre, a strained (and doubled) mother-daughter relationship, and growth pains mixed with mental illness. A character assures us (and the titular character) at the outset that what we are experiencing is just a metaphor. That much is obvious—but then, a metaphor for what?

Madeline (Helena Howard) is the teen daughter of Regina (Miranda July), an apparent single mother. Like most teens, she’s going through some changes—arguing with said mother, crushing on boys, and generally just trying to figure herself out. In practice, this makes Madeline a jumble of emotions. As an outlet, she’s placed in a small acting troupe, led by Evangeline (Molly Parker), where she gets to play out her dreams, fantasies, and anguish. That last bit becomes of increasing concern to her mother, who worries about Madeline’s precarious mental state, and to us, who worry Evangeline may be using Madeline’s obvious acting talent too recklessly. The tension between the three women, and within Madeline herself, is brought into sharp relief by these three actresses—July generates put-upon pathos, Parker exudes a brittle power, and newcomer Howard is electric throughout. They’re aided in turn by Decker’s visual and sound collage approach to filmmaking. Madeline’s Madeline is noisy in stretches, but also has room for peace—just in the way you’d think.

That same character at the beginning of the film intones that the emotions Madeline is having are not her own. But then whose are they? They definitely look and feel real to her—and the film makes sure to have us experience them too. Decker’s technique sends us flying through this evocative world so effectively that by film’s end its challenging aspects are both beguiling and easy to grasp. As it turns out, the metaphor of Madeline’s Madeline is quite simple: it’s her life.