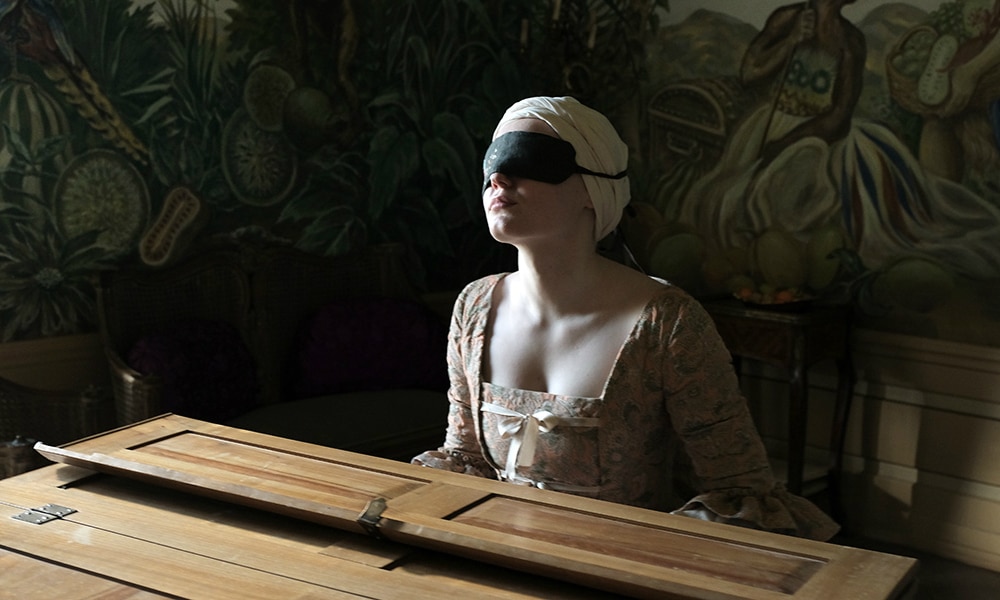 Barbara Albert’s Mademoiselle Paradis, (also known as Licht) feels like the paradigm of a Platform title. This isn’t a knock on the film, (nor truly a compliment), because this film is about as weird as they come, and yet somehow feels like the perfect entry to this program, and a film that will linger long after watching, despite being about many different things.

There is something so strange about trying to capture the appearance of Maria Theresia von Paradis, with her strange eyes seeming to look everywhere but into the viewer, and as such, our vision dances around to the periphery in the story of a sight-challenged harpsichordist and oh yeah, happens to be female as well.

Would you believe that this story is also based on a book and in turn based on a real woman, whose recordings have mainly become lost to time, possibly because she never gained the acceptance that she might have as a man with vision.

A weird and unrelenting gem of a movie.