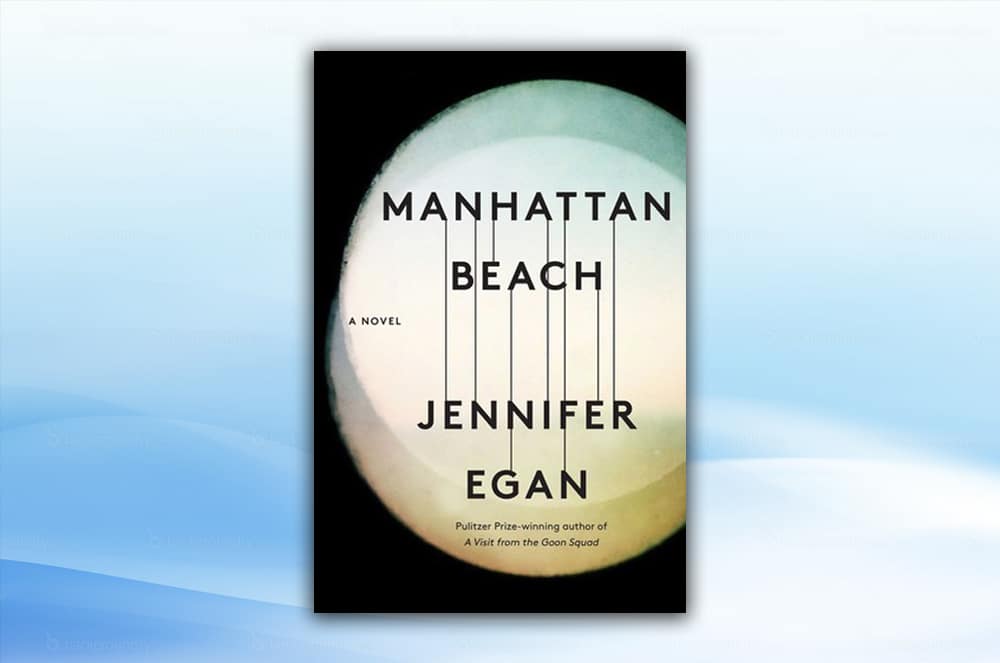 There are some beautiful passages in Jennifer Egan’s Manhattan Beach, the author’s most recent book and her first since the Pulitzer Prize-winning A Visit from the Goon Squad. The reason that the book doesn’t resonate more is mixed in with these beautiful passages in a 430 page novel. In fact, it’s a baffling novel and I want to believe more than an exercise in genre. It feels like a slog, appropriate for a book about diving.

Here is the thing: cricitizing a book such as this one and coming up with fair points often feels like the scene in Amadeus in which the Emporer accuses Mozart of having “simply too many notes”. Egan most certainly had a plan when writing the book, and yet it often times feels like an experiment in genre fiction, in this case to make a Victorian novel with a modern sensibility. The first section is the strongest, which introduces our protagonist, young Anna Kerrigan, her father, and hints at the conflict throughout the book. It also leaves out certain details about the antagonist (?) of the novel, one Dexter Styles, a nightclub owner and rival of her father’s and yet someone so integral to the whole exercise.

At first I attempted to read this character of Styles as a sort of Donald Trump figure but this certainly misses the idea at hand. The diving is central to the entire enterprise. But my problem is that diving itself isn’t explained in detail. What is happening here? Is there a purpose to the diving or is it simply an extended metaphor?

Look, I’m fine with the idea of information left out in favour of place and time and mood, but when place and time and mood is the central anchor of the book, it makes for racing towards the finish line, instead of savouring the bon mots Egan sprinkles throughout the novel. It’s almost a relief that the book finishes. It shouldn’t feel like reading is a quest to find meaning within an outer shell of indifference to the events of the novel, should it? Or am I digging up too much sand and not allowing an excursion into the deep, dark waters?

Manhattan Beach was provided by Simon & Schuster Canada in exchange for an honest review. It may be purchased from your friendly independent bookseller or other fine bookstores.