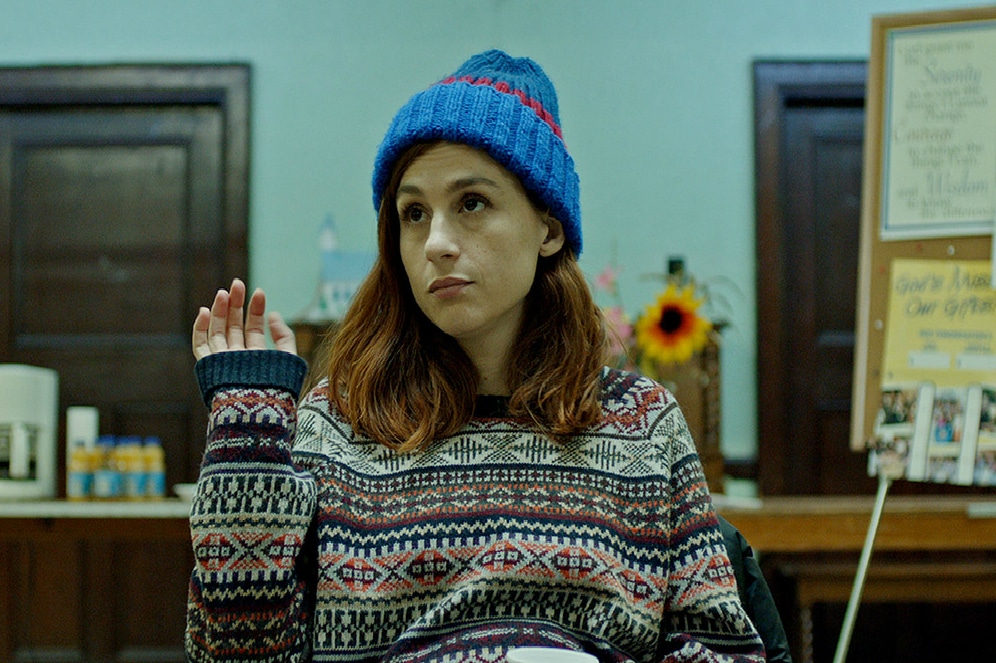 Mary Goes Round shouldn’t work as well as it does. The description sounds blasé, it’s got that feeling of a dramedy that isn’t funny or dramatic, and yet, right from the first shot, director Molly McGlynn puts it together in a way that feels familiar, and yet somehow entirely fresh.

It’s a testament to the young director and writer that the film feels like one in which people will actually enjoy the experience. It is after all about an alcoholic and not very successful Mary (You’re the Worst‘s Aya Cash), who spends much of the film doing harmful and destructive acts, mainly to herself, but also to those around her, including her father Walt (the captivating John Ralston), and the sister she never knew she had, Robyn (potential breakout star Sara Waisglass). It’s the kind of film in which we wish that the characters weren’t relatable, and somehow their harmful tendencies mirror those of our own. It’s a minor miracle that the film works (and looks) as well as it does, but it should definitely be labeled as a must-see.