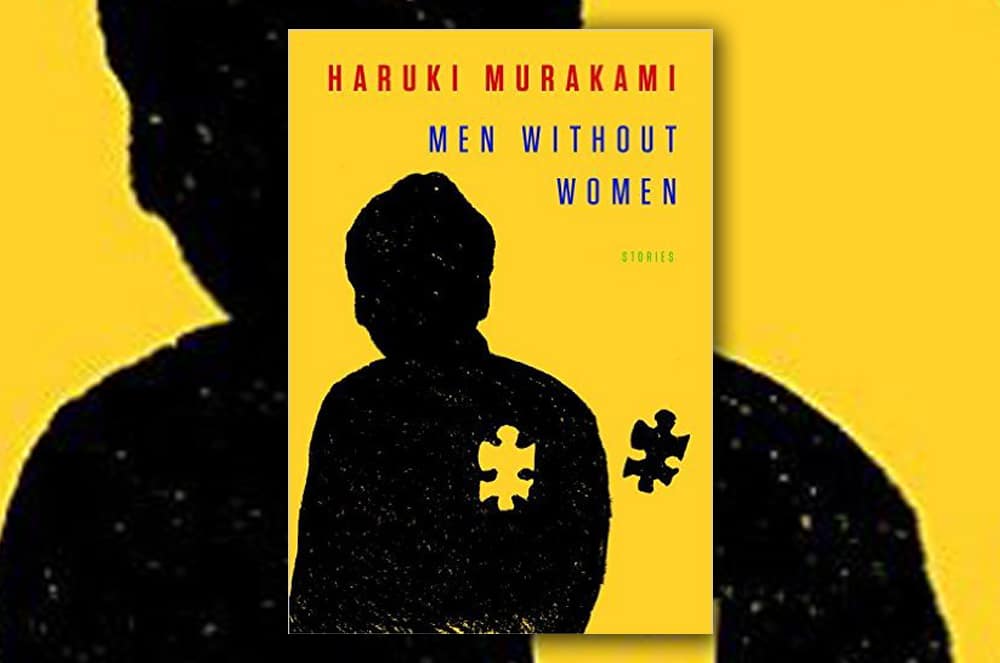 A new Haruki Murakami book is cause for a celebration, especially the present time, even if it is a collection of short stories. Certainly a full-length book, even not quite as lengthy as 1Q84 would be quite welcome. The actual book package of Men Without Women is extremely attractive, and this aspect is something that I hardly ever notice. The yellow cover and missing puzzle piece cover art conveys a sense of the structure of the work itself, and feels like a beautiful package that begs to be open. The typeface and arrangement is elegant, stories feel like they are in the correct order and translated expertly by a pair of translators. They tend to build upon each other, leading to the final book, which is Men Without Women.

But oh, the stories themselves have glimpses of the greatness that is Haruki Murakami, who can turn a phrase like almost nobody else and one wonders how much is lost in translation, and is more poetic in Japanese. My father is a maximizer and considers Murakami to be unparalleled. I’m my own man and not quite there, though I recognize the Everyman and yet unrivaled duality at play in his writing.

What does Murakami enjoy writing about? The past and the future, human relationships, human sexuality and a little bit about baseball and The Beatles. These are universal motifs and they are at play perfectly in Men Without Women, which isn’t entirely about what it claims to be, though it certainly comes close. I adored the first two stories, which, like Norwegian Wood, are named after songs from The Beatles and for which I would have gladly read a full-length version. The next story lost me a little, the fourth I was back into and there were slightly diminishing returns for the last three, which are just as strong but maybe by then I was longing to return to a unifying arching theme and perhaps the characters from the earlier works.

There is still very little in life that compares to the sumptuousness of a Murakami book.

Men Without Women was provided by Penguin Random House Canada in exchange for an honest review. It may be purchased from your friendly independent bookseller or other fine bookstores.