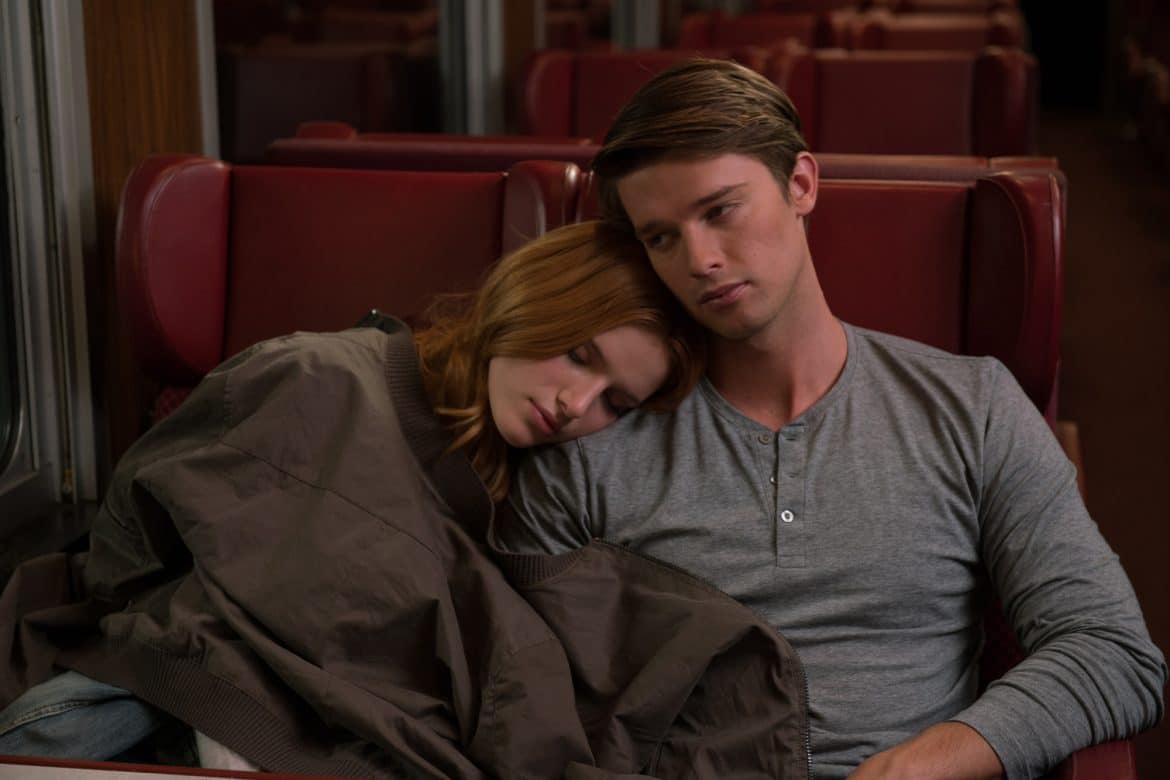 Midnight Sun is a semi-fun ride for a good forty-five minutes or so. The only problem is that the movie is an hour and a half long. In fact, the moment that the Seattle-set, obviously Vancouver-shot, film changes from decent to blah is when the tonal shift from silly-cute funny romance into…well, it’s not really my place to say, but suffice it to say, it didn’t work.

The first half was also beset with a few problems, namely its two game leads, Bella Thorne and Patrick Schwarzenegger are mostly miscast, as she is barely believable as the adorkable Katie Price, who just wants to go outside but her serious condition called “XP”, means that she can’t. Of course, her red hair (dyed) makes her seem like, well, it doesn’t exactly make sense for Thorne’s character. In fact, the idea of her playing a more wild child character befitting of her real-life persona suggests that maybe she will one day find a really meaty role. But this one is pretty out of her range. Even worse off is the young Schwarzenegger, who brings all the depth of early Arnold (not a compliment) to the role of Charlie, a dude-bro swimmer and truck driver who, well, he takes his shirt off in one scene, and while he looks more like Maria except when he laughs, he has a nice six pack, so I guess that it is the extent of his range? Seriously, I’d watch the guy lift weights, but he doesn’t exactly do any heavy lifting of the acting kind.

Anyway, the meet-cute between the pair works fairly well, and despite the miscasting (and the lack of any sort of chemistry), I kind of enjoyed hanging out in their teen world. The surprise of the film is comedian Rob Riggle as Katie’s father Jack, as he is mostly serious and if funny, it’s of the dorky dad variety, but man, Riggle is really good and shows a lot of range and acts the hell out of it. Give the guy a showcase and fast.

So the beginning part works as a teen comedy-ish drama but then this remake of a 2006 Japanese film attempts to get weepy. Midnight Sun ironically becomes too dark.