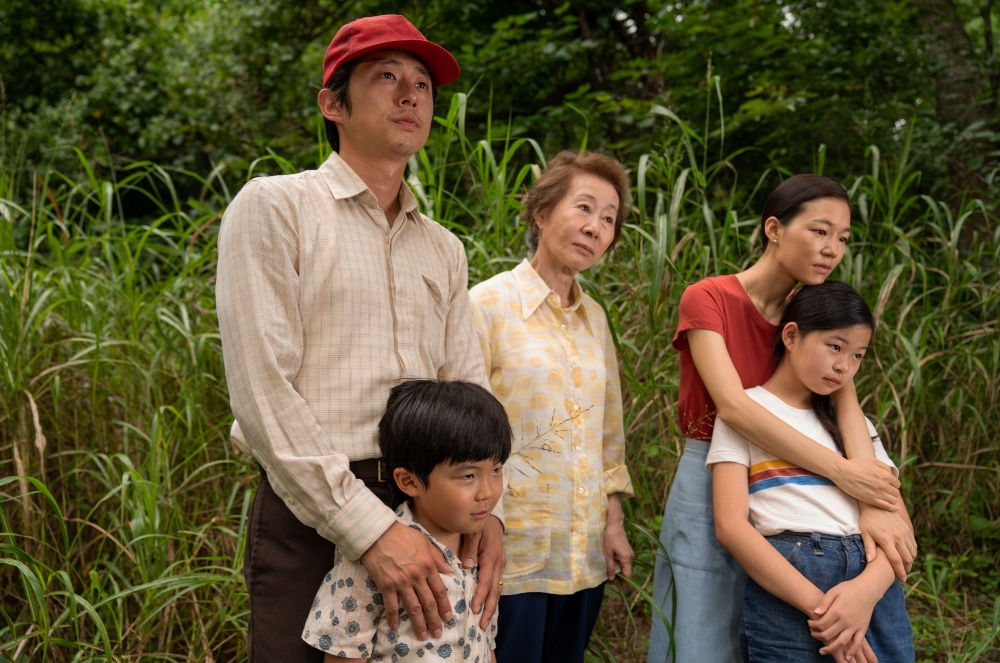 There’s little doubt that Minari, from writer-director Lee Isaac Chung, is inspired in part by the filmmaker’s own upbringing. That’s not to say that Chung’s father also moved his family to rural Arkansas to start a farm exactly, but his film does have a firm grasp of the familial and societal forces at work in such a setting. In fact, it goes one step further, presenting a narrative both specific and widely inclusive, with a multi-valent perspective in any given frame.

The Yi family do indeed arrive on a plot of land in Arkansas thanks to father Jacob’s (Steven Yuen) business idea: he’ll grow Korean vegetables to serve the expanding market in America. It’s a sound idea, yet fraught with obvious challenges, first among them his wife Monica’s (Yeri Han) resistance and the difficulties that come with doing back-breaking labour in near isolation. The family unit is, in a sense, all they have, which is something the Yi’s children, David (an adorable Alan Kim) and Anne (Noel Cho) piece together as the film unspools. All of this makes for a delicate drama, filled with solid performances, lush countryside images, and a gentle score that captures both what attracted Jacob to his life-changing decision and what promise the land could hold for his family. There are other elements in Minari, moments of awkward integration between the Yis and the white and religious community around them. (Will Patton, in particular, shines in these moments as an odd farm labourer.) In all, whether Chung himself ever lived on a farm is immaterial; he has an innate feel for this story.

That understanding is what sets Minari apart. Rather than function through the eyes of just Jacob or David (an obvious stand-in for Chung), the film works to illuminate how all of the Yis—including their unruly grandma (Yuh-jung Youn)—are affected by this new life on the farm and in America. Chung’s clarity of vision allows us to truly see everyone on-screen and journey with them to wherever they may be going next.

Minari will be available to rent on digital.tiff.net on Friday, February 26

Interview: Mix Up in the Mediterranean’s Jessica Lowndes