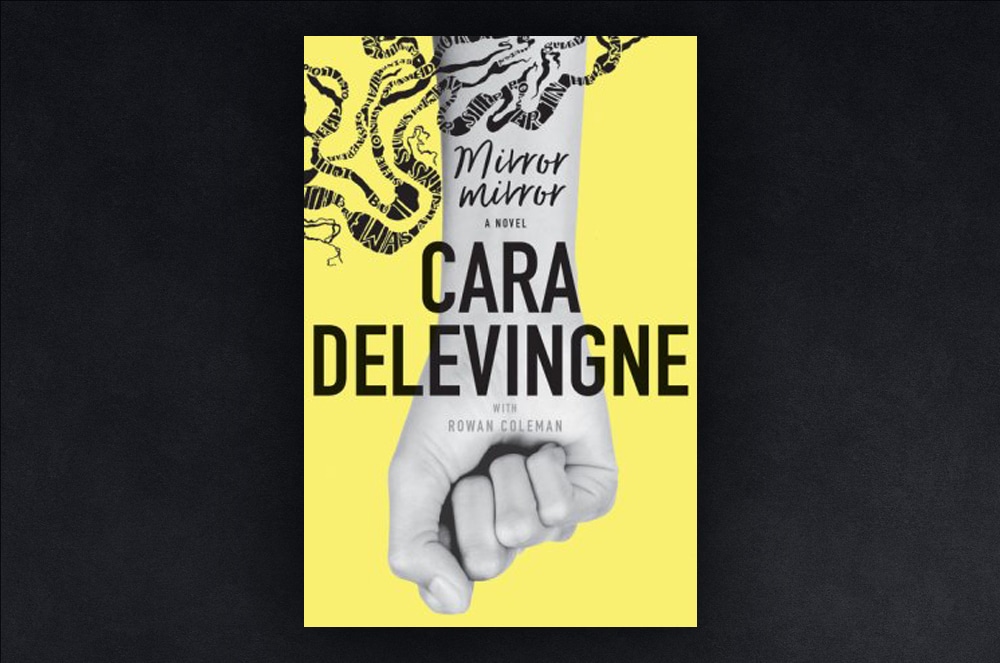 Red is a scrawny, tough on the outside but unsure of herself on the inside, red-haired (hence the nickname) teenaged lesbian, and she is the narrator of Cara Delevingne’s debut novel, Mirror Mirror. Together with the overtly sexual Rose, bad boy Leo, and equally insecure Naomi (who hides her true persona behind anime makeup and wigs), they form the rock band (you guessed it) Mirror Mirror. The teenagers bond over their hatred of their respective parents, who are never there for them, and are each others’ safety nets when things get really tough in their London surroundings. All is bearable until one day Naomi disappears and then, months later, reappears almost drowned in a nearby river. The doctors are forced to put her in a coma and it is up to the band members (and Naomi’s cyber-punk sister Ash) to figure out what really happened to their friend in the time she vanished.

Although it’s a tad obvious from the get-go whodunit, the central mystery at the core of the YA novel still unravels in fascinating ways. Though the book is written at about a grade seven level and geared towards kids FAR younger than myself, I still found the story thrilling and the characters interesting. Similarities to John Green’s Paper Towns (in which Delevingne starred in the film adaptation of) aside, the model/actress has crafted a book that teenagers will undoubtedly glean important life lessons from. The end of her debut novel hints at a follow-up and I, for one, will be lined up to read it when it hits bookshelves.

Mirror Mirror was provided by Harper Collins Canada in exchange for an honest review. It may be purchased from your friendly independent bookseller or other fine bookstores.