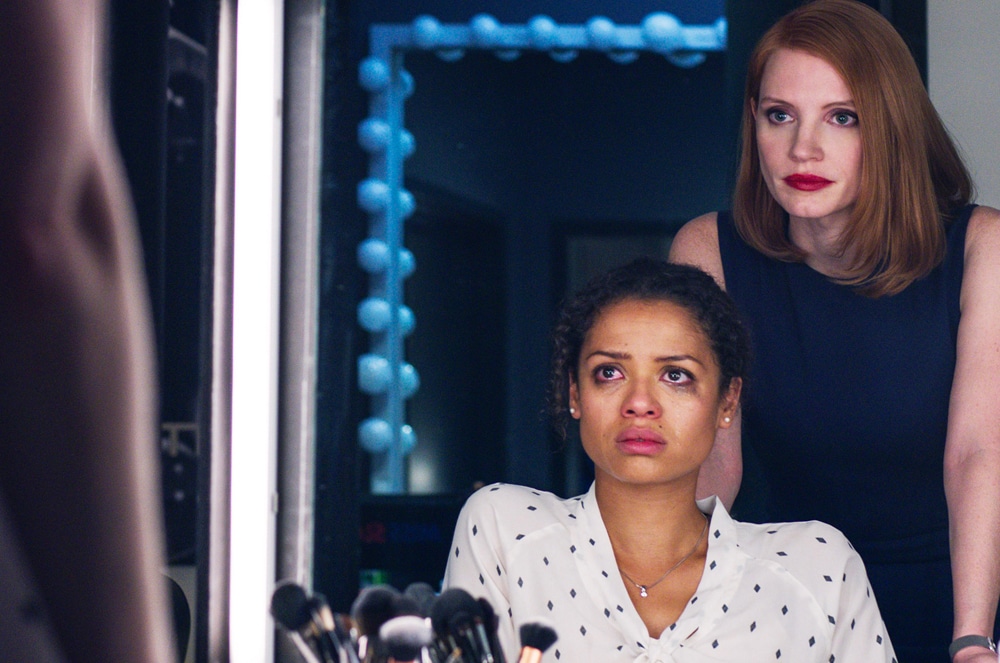 I would watch Jessica Chastain in literally anything. The astonishing actress has carved an already impressive career out of playing women who challenge the status quo and push boundaries. As star-studded as the cast was, she was the most delightful aspect of The Help (no offense to Octavia Spencer, Bryce Dallas Howard, Viola Davis and Emma Stone, amongst others), and now she’s the reason why everyone should watch Miss Sloane. Amidst all the Oscar bait in the fall, the film was lost in the festival circuit shuffle, but now that it’s available on home entertainment we urge audiences to give it a second chance.

Chastain plays the highly ambitious and driven titular character, a Washington lobbyist who, upon joining a bush-league firm, initiates a calculating campaign to oppose a firearms regulation bill. Acting opposite an impressive ensemble that includes Mark Strong, Gugu Mbatha-Raw, Alison Pill, John Lithgow and Sam Waterston, Chastain more than holds her own. Her ball-busting, confident Miss Sloane is a character you won’t soon forget (especially for female audience members, as such women are rarely written or performed with such fearlessness and complexity). 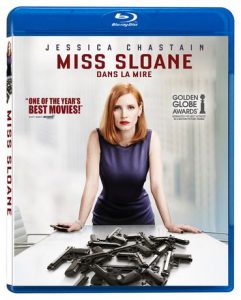 The Blu-ray/Digital HD disc is light on the special features but the one it does include (titled ‘Lobbying: Winning by All Means’) is a fascinating one. The ten minute featurette details how much research Jessica Chastain put into playing her role (including travelling to Washington to interview hard-hitting female lobbyists, on whom she modeled much of her aesthetic and performance). Director John Madden and screenwriter Jonathan Perera also talk about how they ensured the proceedings in the film felt realistic to a real-life lobbyist who they had hired on as a consultant on the film.

Although the film sometimes feels Sorkin-lite (perhaps coincidentally, Ms. Chastain’s next role will be in the Sorkin project Molly’s Game), it is anchored by the compulsively watchable actress’ performance.

Miss Sloane is now available to own on DVD, Blu-ray, Video-On-Demand and Digital HD.