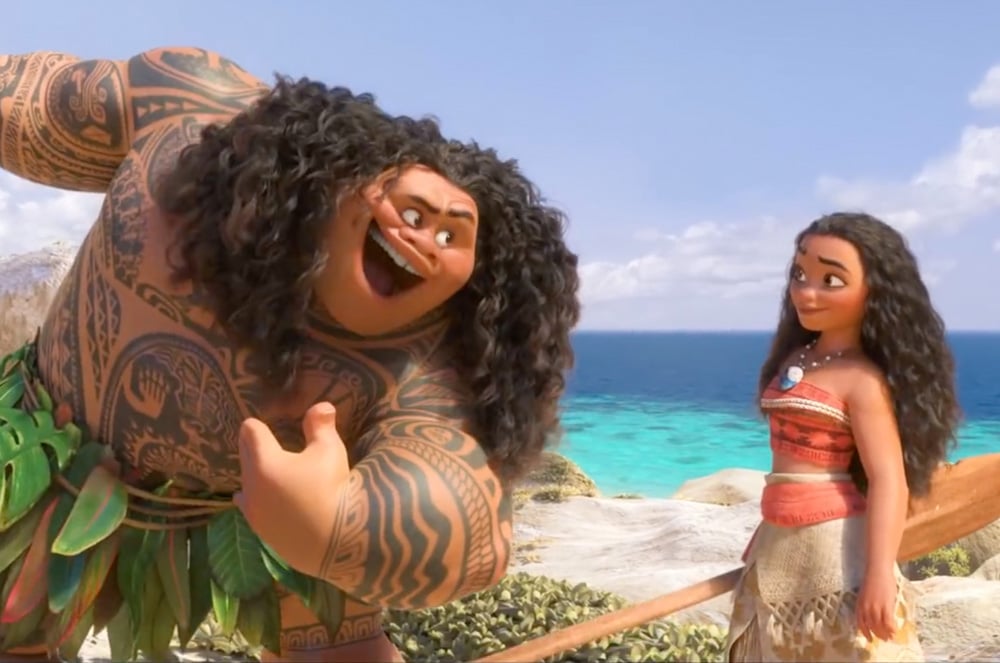 Moana came out last year and its release on Blu-ray is spectacular. Moana tells the story of a young adventurous girl named Moana, voiced by newcomer Auli’i Cravalho. Her journey takes her through harrowing feats as she goes to find Maui, a muscleheaded demigod voiced by Dwayne “The Rock” Johnson, as they attempt to return an ancient stone called the Te Fiti to Motunui before corruption takes over her island and affects its inhabitants. Moana grows in maturity as she defies her father, voiced by Temuera Morrison, who deems her too young. Having grown up with stories passed down by her grandmother Tala, voiced by Rachel House, she seeks to restore balance and return the stone to its rightful owner.

As is expected with many Disney animated movies, the core themes of the film are impacting and drive the story into motion. With Disney, we can expect top notch voice acting from well cast actors. This film also features fresh newcomer Cravalho. The film is paced brilliantly and the burst of dance and song for which Disney is known is in full display. The voice actors compellingly brings life to this vivacious animated feature film. 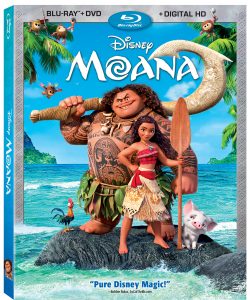 Moana is currently available on 3D Blu-ray, Blu-ray, DVD, and Digital Copy. As expected with its 1080p version of the film, the quality is vibrant with its gorgeous colors. Environmental backgrounds pop as the animation relishes in its dazzling palette of colours. Water acts as water, sand acts and behaves like sand, and there is a weight to the animated characters. The animation feels fluid, precise, organic, with textures being crisp as it details the world around them.

Moana yields a high DTS-HD Master Audio 7.1 soundtrack which adds to the richness of the world. Environmental pieces are positioned well and vocal clarity is apparent. Atmospheric backgrounds are captured well and creates an immersive space to tell the story of Moana.

The special features packed in the home entertainment release contain two short films, a behind the scenes featurette, a commentary track, deleted scenes, a couple music videos, and more.

Moana is amazing and I highly recommend it!

brieftake
•
Follow
If you love P-VALLEY as much as we do (how is season 2 already over?!), click on the link in our bio for our exclusive video interviews with the incredible Nicco Annan (Uncle Clifford), Shannon Thornton (Keyshawn), Elarica Johnson (Hailey) and Brandee Evans (Mercedes). Some of our most candid, insightful and intelligent video interviews EVER. We can’t wait for season 3! In this clip from our interview with Nicco Annan, he offers sage advice for up-and-coming actors and relates it to his years of perfecting Uncle Clifford. . . . . . . . . #pvalley #pvalleystarz #pvalleyseason2 #niccoannan #uncleclifford #chucalissa #katorihall #shannonthornton #keyshawn #elaricajohnson #autumnnight #hailey #brandeeevans #mercedes #unclecliffordrules #unclecliffordandmercedes #lgbt #representation #advice #starz #crave #actors #interview #brieftake
View on Instagram |
2/9

brieftake
•
Follow
Every year we look forward to a new season of Netflix’s NEVER HAVE I EVER, and every year we look forward to a new video interview with the thoughtful & intelligent Jaren Lewison (aka Ben Gross on the popular series). In this clip from his fun & insightful interview with our @charlestrapunski, Jaren talks about Ben and Devi (Maitreyi Ramakrishnan). Bevi forever ❤️Team Ben! Head on over to our YouTube channel to watch the full exclusive video interview. 👀 . . . . . . . . . #jarenlewison #neverhaveiever #neverhaveievernetflix #neverhaveieverseason3 #neverhaveieverseason4 #bevi #benanddevi #benanddevi4ever #teamben #endgame #bengross #nhie #cliffhanger #netflix #netflixseries #netflixoriginal #interview #maitreyiramakrishnan #darrenbarnet #mindykaling #langfisher #popular #trending #watchthis #actor #talented #brieftake #exclusive
View on Instagram |
3/9

brieftake
•
Follow
It’s finally here! PRETTY LITTLE LIARS: ORIGINAL SIN begins tod🅰️y and we had the pleasure of chatting with the multi-talented Zaria (who plays Faran Bryant). Click the link in our bio for more from our in-depth video interview with the delightful Zaria! And stay tuned for our next video interview with another one of the “Liars” coming up next week 😉 . . . . . . . . #plloriginalsin #pll #prettylittleliars #prettylittleliarsoriginalsin #pllonmax #pllos #pllforever #pllcast #pllfamily #zaria #faran #faranbryant #ballet #balletdancer #interview #video #fun #thursday #pllfan #pllfandom #pllfans #new #brieftake
View on Instagram |
5/9

brieftake
•
Follow
Long before she was making PB&J sandwiches with Maya Hawke (as Vickie & Robin, respectively) on STRANGER THINGS 4 VOL. 2, Amybeth McNulty revealed to us that STRANGER THINGS was one of her favourite shows. We love this journey for her!! Link in bio for more of our way back throwback video interviews with the stars of ANNE WITH AN E (another Netflix favourite). . . . . . . . . . #strangerthings #strangerthings4 #amybethmcnulty #annewithane #renewannewithane #reneweverythingsucks #vickie #robin #robinbuckley #mayahawke #robinandvickie #strangerthingsseason4 #strangerthings4volume2 #throwback #throwbackmonday #fourthofjuly #actress #dalilabella #kylamatthews #anneshirley #netflix #netflixseries #cbc #fanday #talent #interview #brieftake
View on Instagram |
7/9