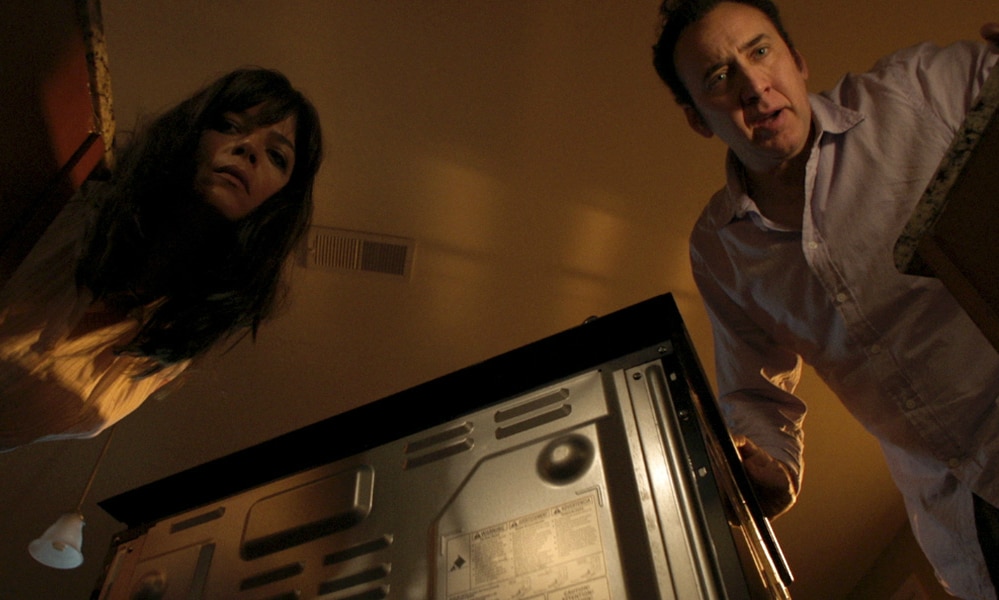 Mom and Dad feels like a standard love it or hate it type of film, and this situation applies to me as well. The opening credits and introductory sequence I loved, (seriously, it feels like the best seventies action throwback in a long time), and even the opening ten minutes of the film hold up pretty well (I particularly enjoyed the mother and daughter exchanges involving Kendall (Selma Blair) and Carly (Anne Winters) when heading to school). The majority of the film from writer-director Brian Taylor (Crank, Crank: High Voltage) is a style exercise of which the action was not so enjoyable, (or believable) and for a horror-comedy, I may have laughed twice (and was mostly uninterested instead of scared by the horror scenes).

Obviously, your taste may vary on the sort of jet black satire films set in an unnamed suburban town and it probably played to extremely friendly crowds at TIFF’s Midnight Madness this past September. For my taste, I found the at times wooden Brawl in Cell Block 99 was more of a non-festival genre thriller, while Mom & Dad feels like a Midnight movie that would play even better under a cloud of substances.

For example, I don’t know what to make of Nicolas Cage’s performance as the put upon father (his character Brent is responsible for the one good joke towards the end of the film). Nor did I quite understand the central conceit of the movie, which is that for a twenty-four hour period, parents want to attack their own children. I didn’t really feel the movie as a social satire, nor as a straightforward genre film, and the musical and visual cues that Taylor brings over from the Jason Statham films are interesting at first and yet growing increasingly tiring as the movie goes on. Mom & Dad goes on too long perhaps even for 85 minutes. It was technically strong, as the editors, director of photography and production designer carve out a unique aesthetic. But after the brilliant opening sequence, Mom & Dad is like spending time with a family that you don’t care to know.