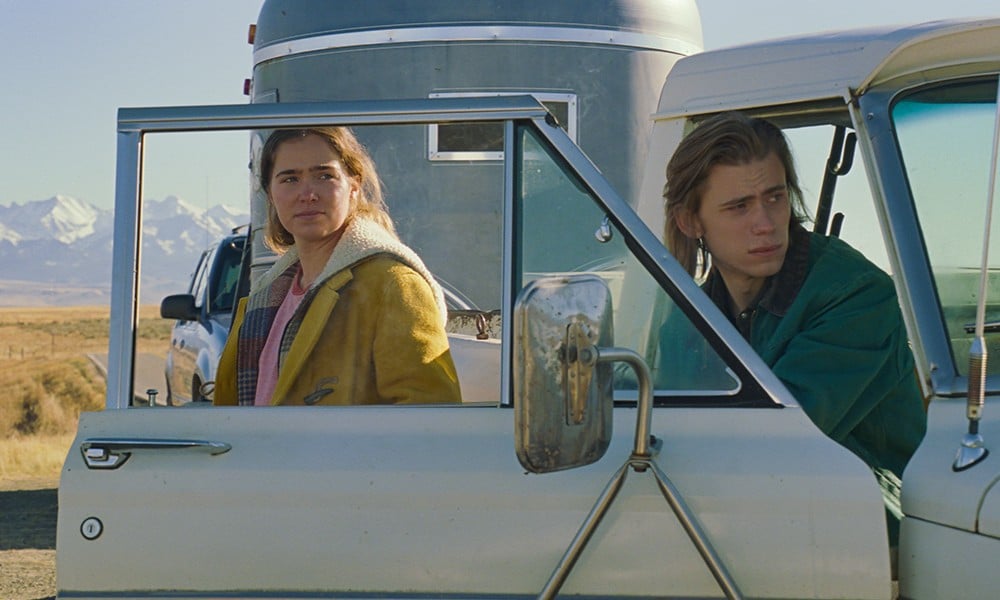 We can surely appreciate Montana Story for its setting. As directed by Scott McGehee and David Siegel, the film does use the eponymous state to great effect, foregrounding small characters against a massive sky and endless mountain ranges. It’s hard not to enjoy natural beauty like that. As writers, however, McGehee and Siegel’s story isn’t quite able to match it.

Introduced first to Cal (Owen Teague, at peak tremulousness), Montana Story draws us into a modest family drama involving a father in a coma, an estranged sister, and an old horse. Said sister, Erin (Haley Lu Richardson), returns to the homestead not quite knowing the situation, but ready to be on edge. The central tension of the film then comes from her sudden appearance and how she relates to everyone else. Richardson can carry films of this type (see: Columbus), yet her character here feels a touch more contrived. And the speeches she and Teague are asked to make seem to come from a place of forced penmanship rather than something more real. Wondrous landscapes can only get a film so far.

To be fair, Montana Story is heartfelt and its catharsis does offer some peace. There are details here, particularly with the film’s non-white minor roles, that do try to contextualize this pair of siblings in that broader world we see outside the ranch window. It’s just enough to keep us flipping through this film’s cinematic pages, if not as much else.