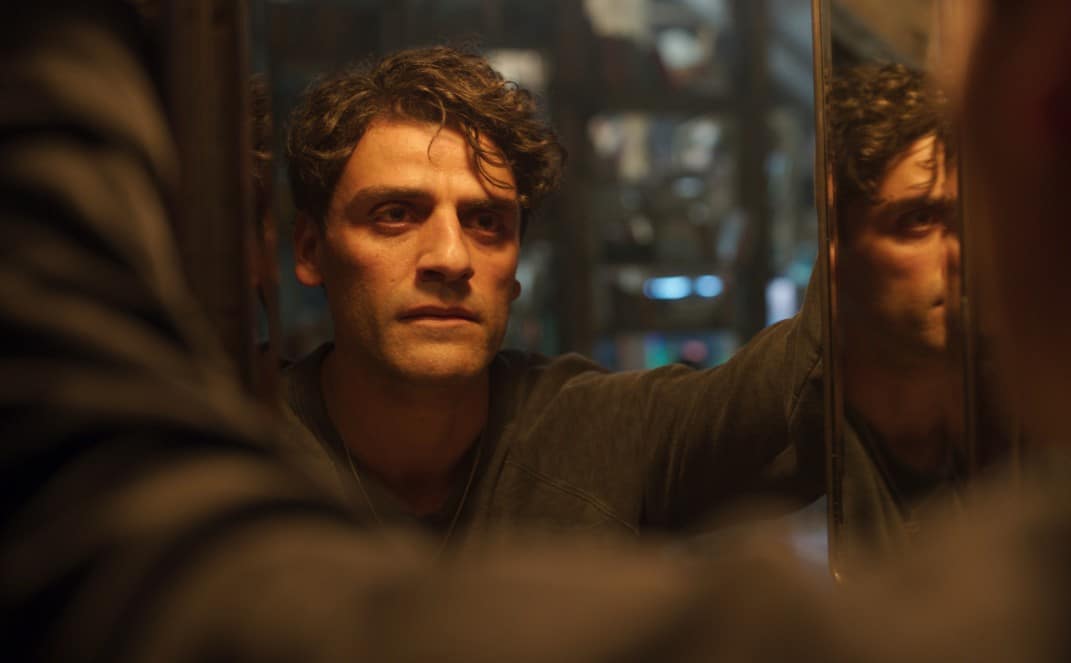 As the Marvel mission continues, it’s clear we’re into the tertiary level of characters now being mined for content. That’s not to say this new Moon Knight mini-series is about some obscure figure. Rather, it’s to acknowledge a smaller cultural cache owing to a more complicated backstory. With the right pizazz, however, that origin is worth delving into—and surely star Oscar Isaac could make it watchable, right?

One can only dream it. As shaped by showrunner Jeremy Slater, Moon Knight introduces us to Steven Grant (Isaac), a nobody working at London’s National Gallery who has trouble sleeping and often loses track of entire days. The reasons for this are revealed fast: Grant is also Mark Spector, an international mercenary in danger. Both men share one body, however, which is further crowded by Khonshu, the Egyptian God of the Moon (voiced by F. Murray Abraham). And finally, all of them are threatened by Arthur Harrow (Ethan Hawke), a cult leader working to nefarious ends. Yes, it’s a bizarre mix, but it generates the show’s central mystery: just who is this guy? As expected, Isaac gives it his all (including a quality British accent) in an effort to make the answer to that question compelling. Yet the show’s “normal” world he’s asked to act in is a blank and its “superhero” elements are just not as crazy as that setup suggests. To its credit, through the four episodes I saw, much of the series does feel like it’s filmed in the actual world, with action scenes bumping up against reality. It’s a nice touch, but it also sets the bar too low.

This may be hard to believe, but I’m not trying to be a hater. I like Isaac and Hawke and I enjoy the overall vibe of Moon Knight in concept, a comic book tale that features all these strange, disparate elements. Nevertheless, to see it all flattened into a mini-series that feels both too long and rushed is to forget why anyone would care at all. It’s just no fun.