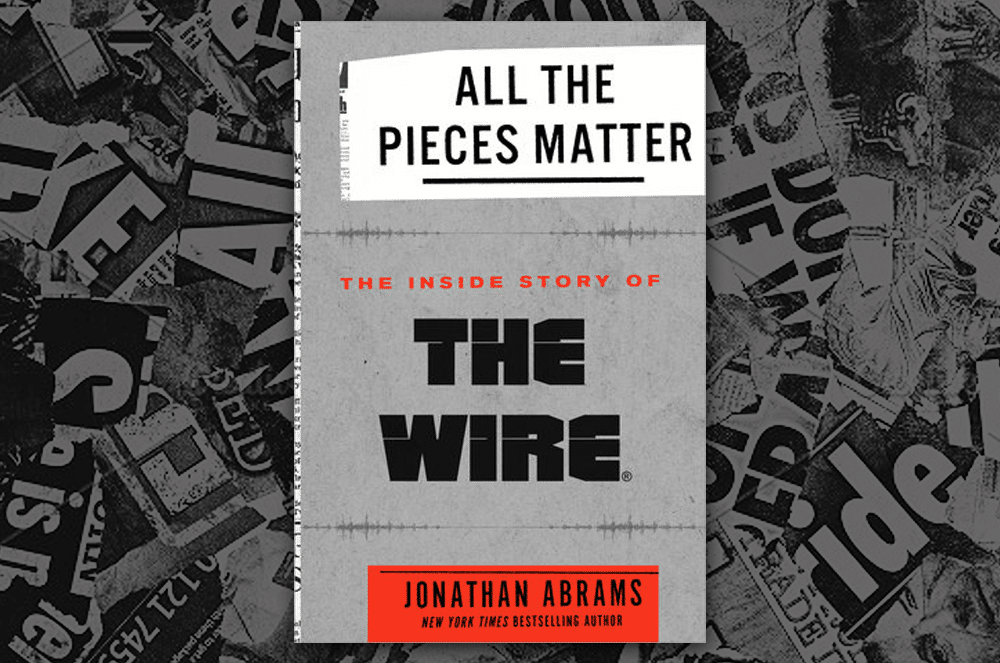 February may be the shortest month of the year, but this February (and let’s be honest, late January), has some real treats in store for book lovers. Here are some of our most anticipated books of the month ahead, separating YA books from adult fiction because we want to highlight all the phenomenal teen fiction out this month (which this adult loved). 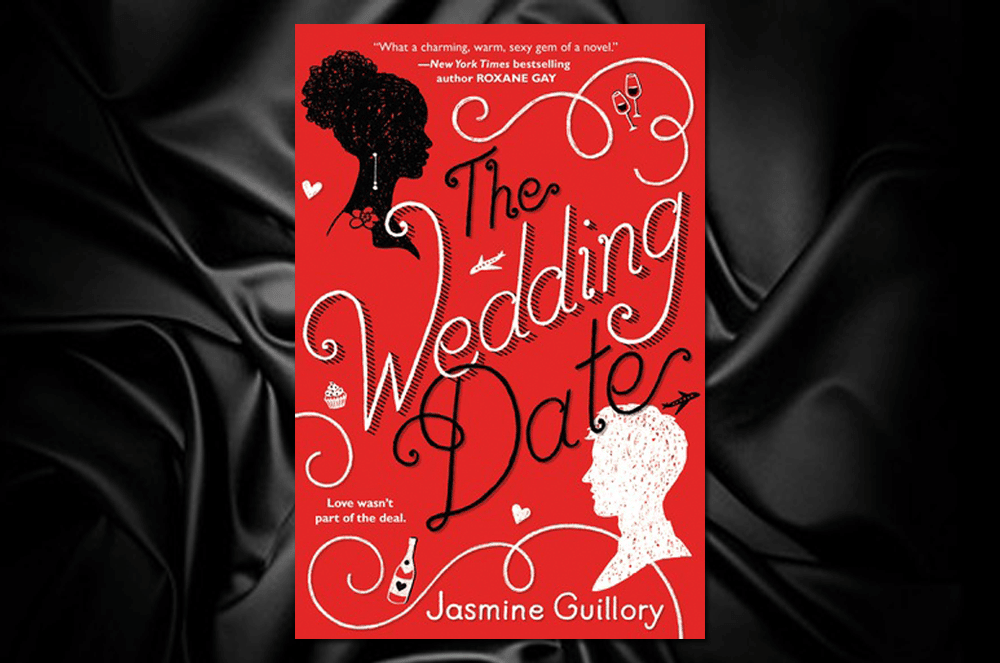 The Wedding Date by Jasmine Guillory

One of the best part of February is Valentine’s Day, so here’s a, well, as Roxane Gay puts it on the cover, “a charming, warm, sexy gem of a novel”. It’s cover is all red and the chapters have little hearts around them. The story is a meet-cute, but when the characters are as cute as Alexa Monroe and Drew Nichols (especially Alexa Monroe), we’ll forgive familiar tropes and recommend this “contemporary romance”. 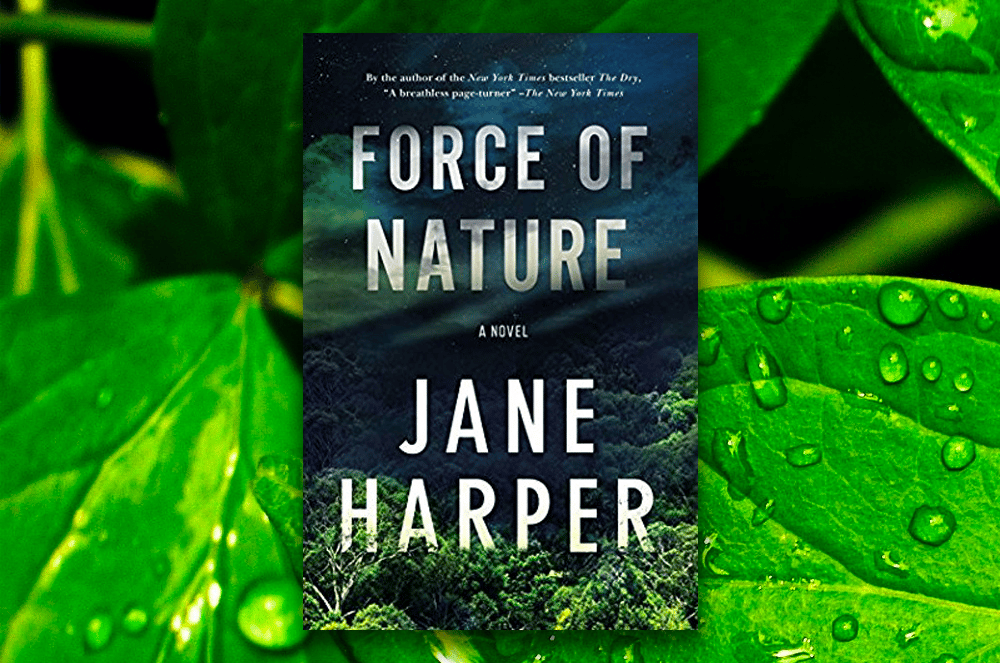 Force of Nature by Jane Harper

One of the biggest mysteries of 2017 was Jane Harper’s The Dry about Federal Police Agent Aaron Falk and his investigation in Melbourne, Australia. Well, here we are in 2018 and Harper and Falk are back with the explosive and yet very different Force of Nature. The central mystery surrounds five women on a corporate backpacking retreat and one doesn’t make it back. The mysterious hike is interspersed with Falk’s investigation and there’s also a serial killer on the loose and oh, the weather is unpredictable (this isn’t The Dry, that’s for sure). We couldn’t put down this thriller. 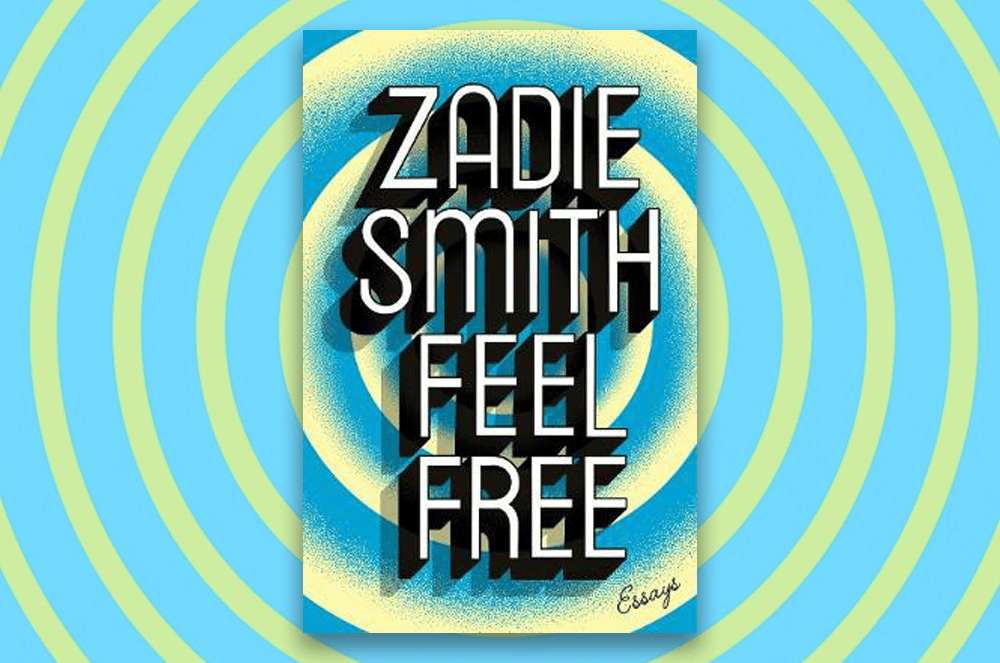 NW was likely the greatest novel I’ve ever read (up near the top, at the least), so it’s not like a collection of essays by Zadie Smith will go unnoticed. Yet, there’s a lot here. It’s an inordinately large book and the essays are undated. There are some “greatest hits” here, some diversions and not a lot of focus (although there are five sections and Feel Free is the last). The expression “turn a phrase” seems antiquated and yet that’s what’s at the core of Zadie Smith’s writing. We’re in good hands when she is discussing NW London, Brexit, Mark Zuckerberg…or Justin Bieber. In fact, Meet Justin Bieber and please feel free go from here. 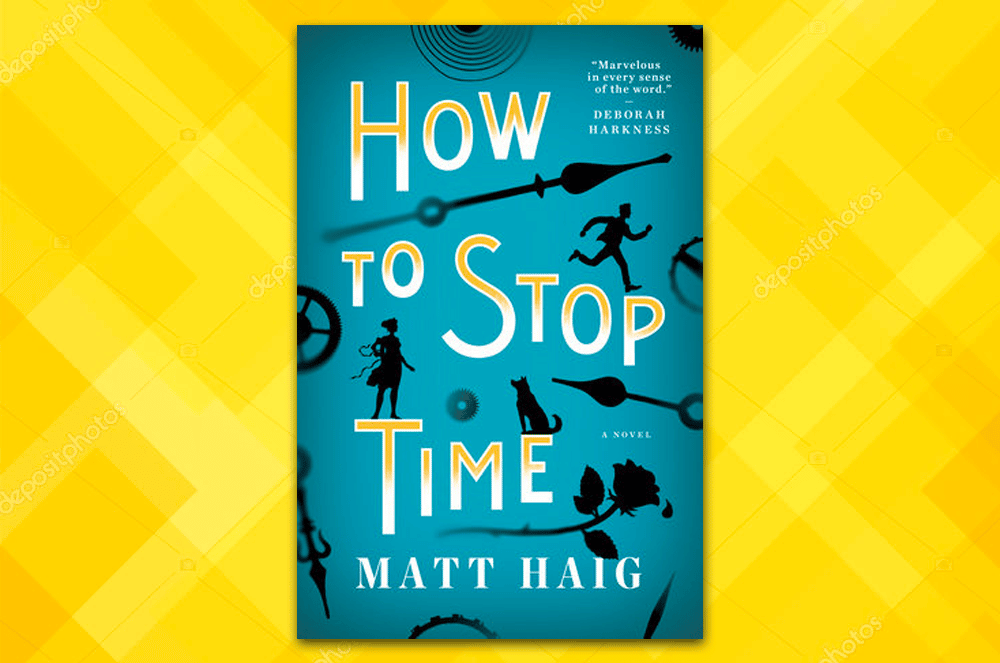 How to Stop Time by Matt Haig

The story of a man who ages very slowly, Matt Haig’s How to Stop Time first came to our attention because of the movie already being optioned and starring Benedict Cumberbatch. The idea of a Matt Haig book, (I had previously read The Humans), is that while on the surface the writing could be considered fantasy or sci-fi, the writing here  is more literary fiction than anything else, about the power of the human spirit (and in this case, about love). I think that with Haig, he has a fair share of detractors, but those that love him, love him a lot. That sentiment is definitely true about How to Stop Time, which is a heart-breaker of a novel. 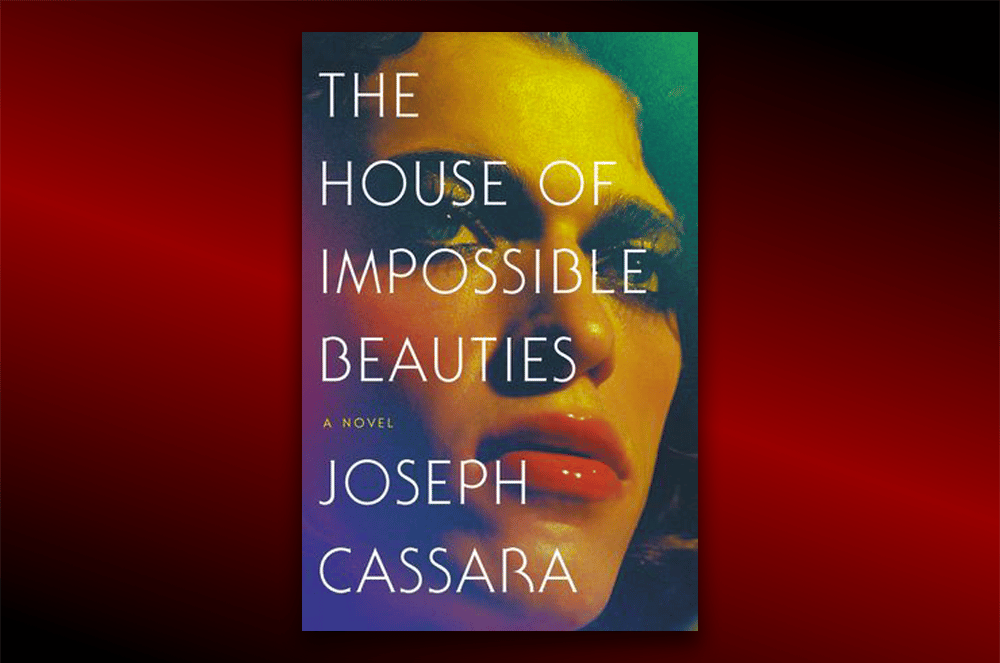 The House of Impossible Beauties by Joseph Cassara

They say that style is everything. Joseph Cassara’s lyrical ode to the Harlem ball scene in New York City in the eighties and nineties carries with it a distinct and noticeable style. Mainly, it sounds like the real-life characters, especially its main voice in the form of the inexperienced Angel, who grows from shy wallflower to house mother, but also in tragic love interest Hector, Daniel, Juanita and Venus. This book is hard to put down for fans of quick dialogue and for Cassara’s sense of time and place (time past in this case and with the hurt, anger and resentment that comes with it). A triumphant debut. 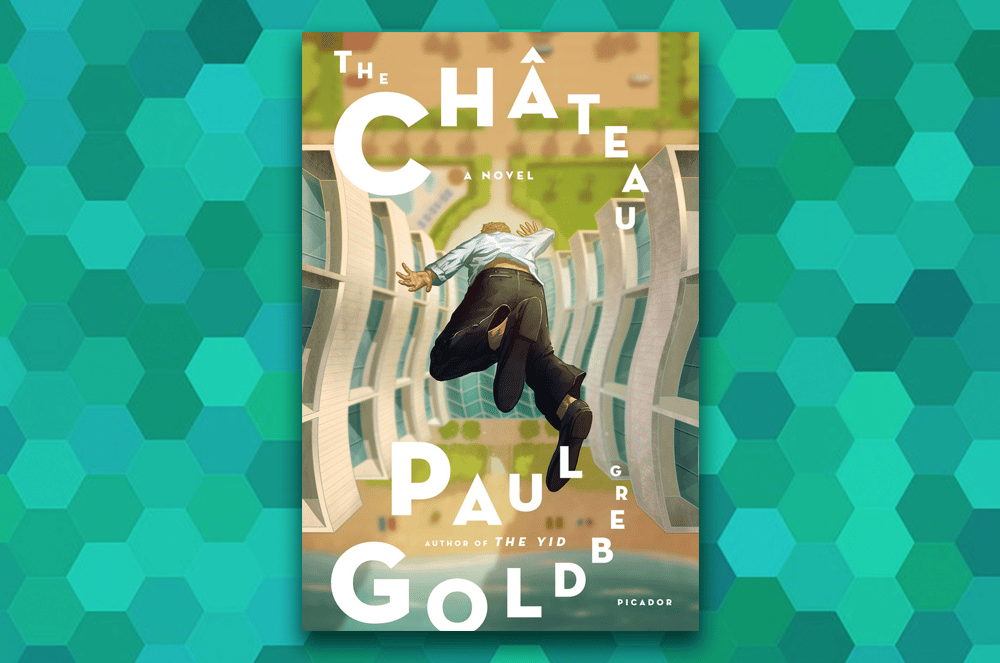 This is a farce for the modern age, a book that begged to be included for its subject matter alone. It’s January, 2017 in Florida and it’s election time at a condo board in the titular Château in Miami Beach, Florida. Ostensibly, the book’s central character is Bill M. Katzenelenbogen (what a name), a former newspaper reporter for the Washington Post, who heads down south when his former roommate, the “Butt doctor of Miami”, falls to his death. Determined to investigate, he instead runs into his father, who lives in the building to his advantage, and perhaps the elder figure, Melsor is the main character, determined to take down the Russians in his condo. It becomes clear that the central figure is one “Donal’d Tramp”. A hilarious romp that’s well worth your time.

All The Pieces Matter by Jonathan Abrams

The question of whether we need an oral history of the television show The Wire depends on whether or not one is a regular reader of Bill Simmons’ site Grantland and other places in which Jonathan Abrams has contributed. Now at Bleacher Report, Abrams is a major contributor to the ease and flow of the book, and I was happy to see that all of the major players from the show contributed, from Idris Elba to Wood Harris to Dominic West to creator David Simon to Wendell Pierce (a must). I wasn’t as big a fan of the show as many, but this doesn’t mean that an oral history book of this magnitude doesn’t appeal (and it’s full of insider information). I think pop culture matters, and a book such as this one about the Baltimore HBO show is Exhibit A. 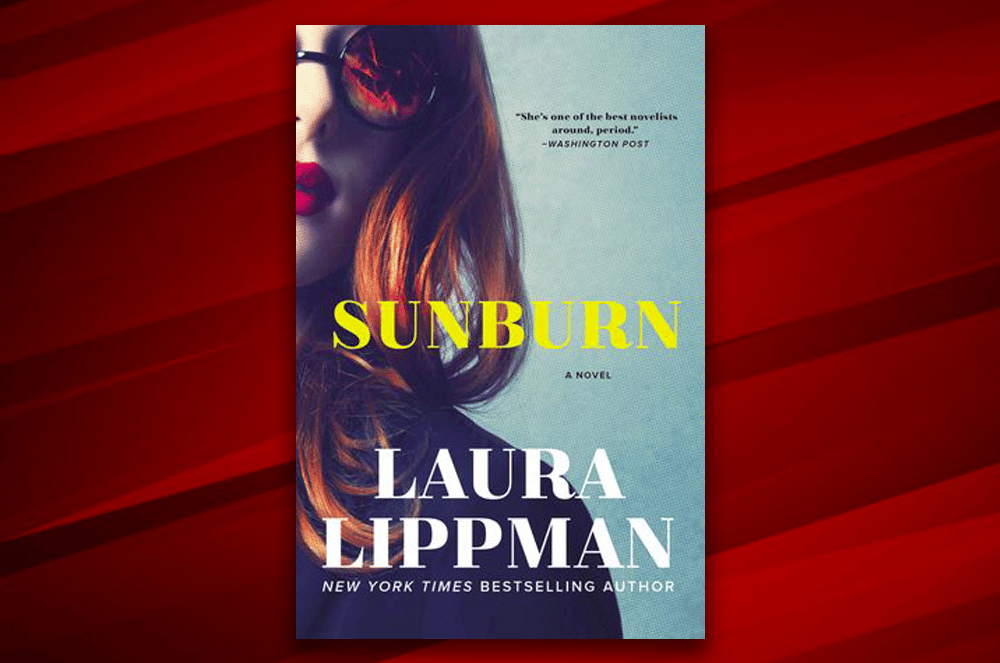 By sheer coincidence, Laura Lippman is mentioned in the previous book (she’s married to the co-creator of The Wire, David Simon). I have been reading her books for a while, and while she is stepping out from her series with P.I. Tess Monaghan into more standalone books, Sunburn is an even bigger departure, a throwback to books like The Postman Always Rings Twice, and a real departure from her previous books. It’s another Bawlmore book, (well actually, Belleville, Delaware) featuring alternating perspectives between two hard to like narrators, and a real sense of disturbance that is to come based on a chance meeting. Adam and Polly are an (im)perfect match. 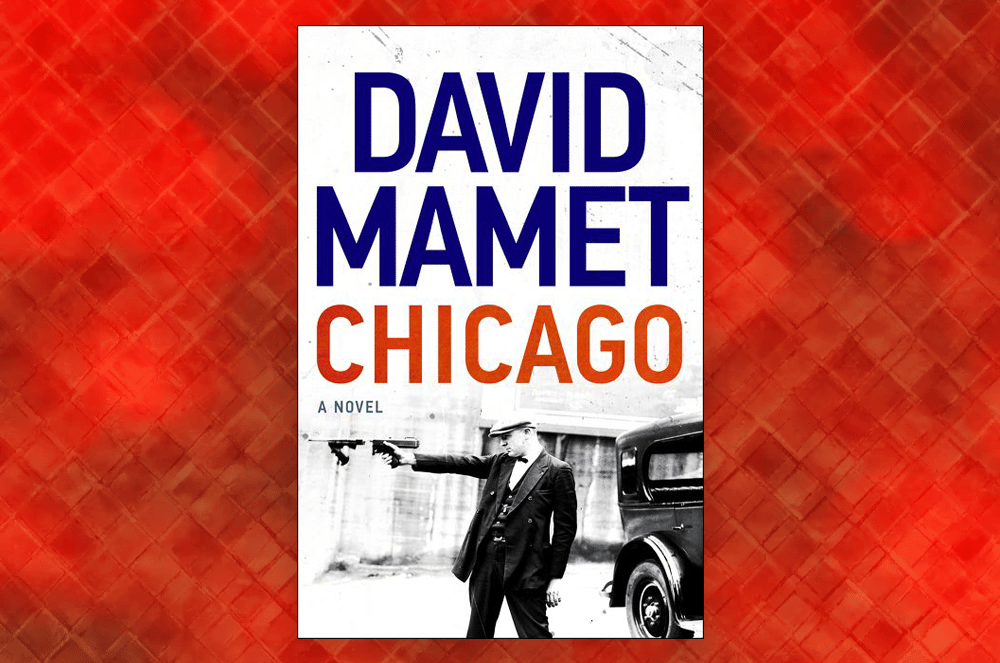 Yes, that David Mamet (better known in some circles as Zosia’s dad), the playwright/screenwriter has returned to writing books and his style is right up there in a return to 1920’s Chicago. Some people compare it to his screenplay to The Untouchables, though I found it compared more fairly to Dennis Lehane’s The Given Day and Live by Night in that Mike Hodge is a fictional character. In terms of content, though billed as a thriller, it’s really about popping and fizzing as the dialogue jumps right off the page, and there is a great deal of humour in such a serious book (or vice versa). More than anything, it is a love letter to the newspaper business and the Chicago Tribune. 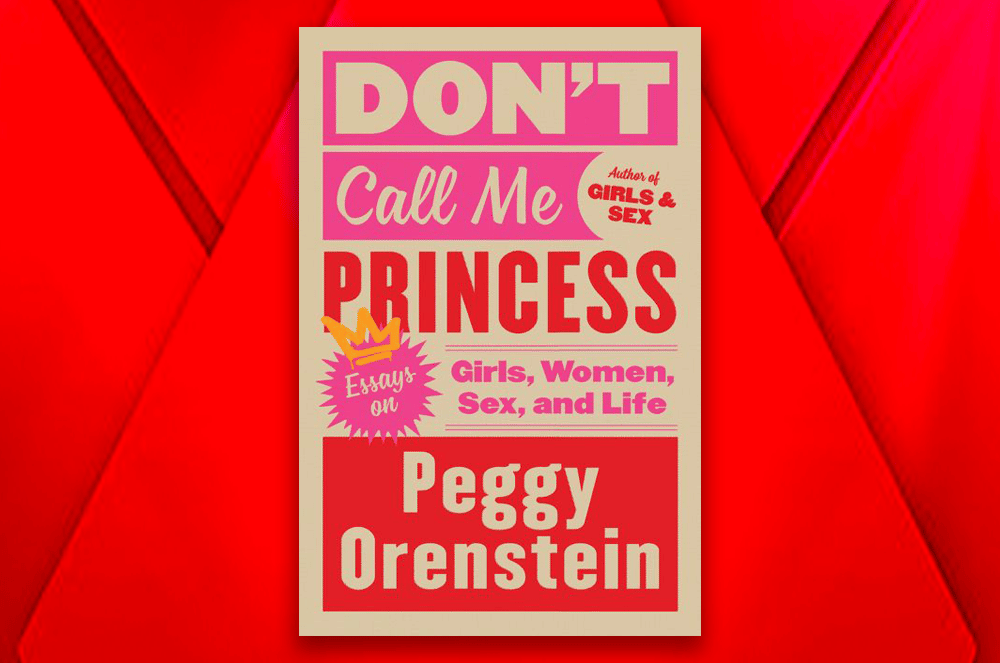 The author of books such as Girls & Sex, we’ve come to take the writing of Peggy Orenstein for granted, because nowadays it feels common to write about “women’s issues”, but this is hardly the case, and Orenstein is a true pioneer. Now, in her first collection of essays, looking back on her writing makes us look forward to what has changed, and also what has not changed. She once called women’s progress “a half-changed world”, and it’s clear from this book that there is plenty more that needs to be done. It is a very timely read. 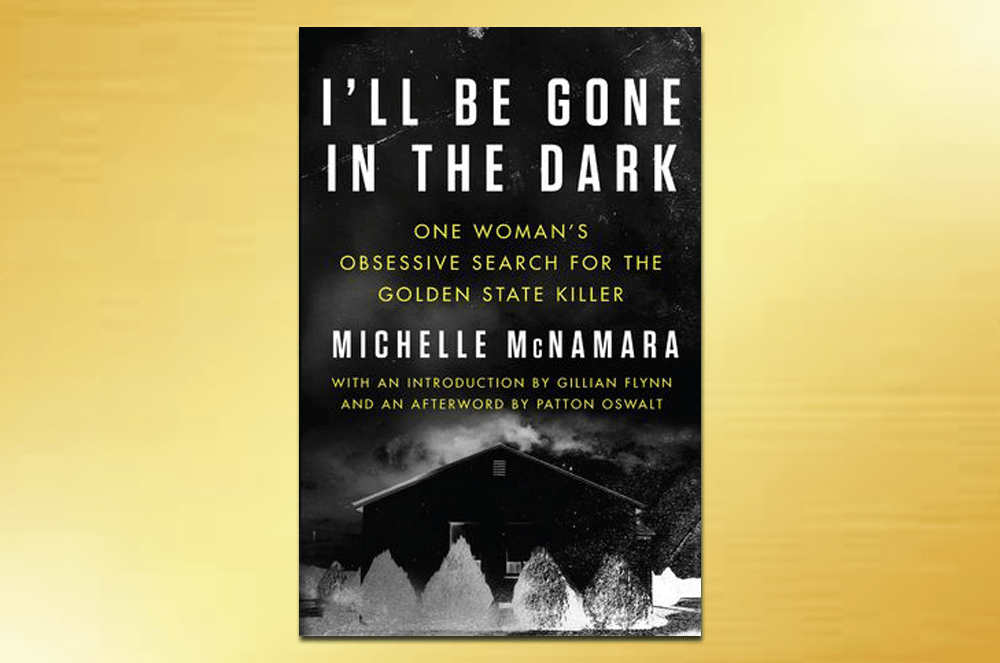 I’ll Be Gone in the Dark by Michelle McNamara

A few interesting things about this book: yes, McNamara died while writing this book and yes, she was married to Patton Oswalt, there are talks of a movie and the book was finished by her lead researcher. But the story of making an attempt to find the Golden State Killer, the one that got away, is made more tragic by the fact that McNamara’s life got away from her in the course of writing the book (she passed away tragically in her sleep). This book is a fit for fans of shows like Mindhunter and is made all the more interesting because McNamara had no connection to the case other than as an observant. 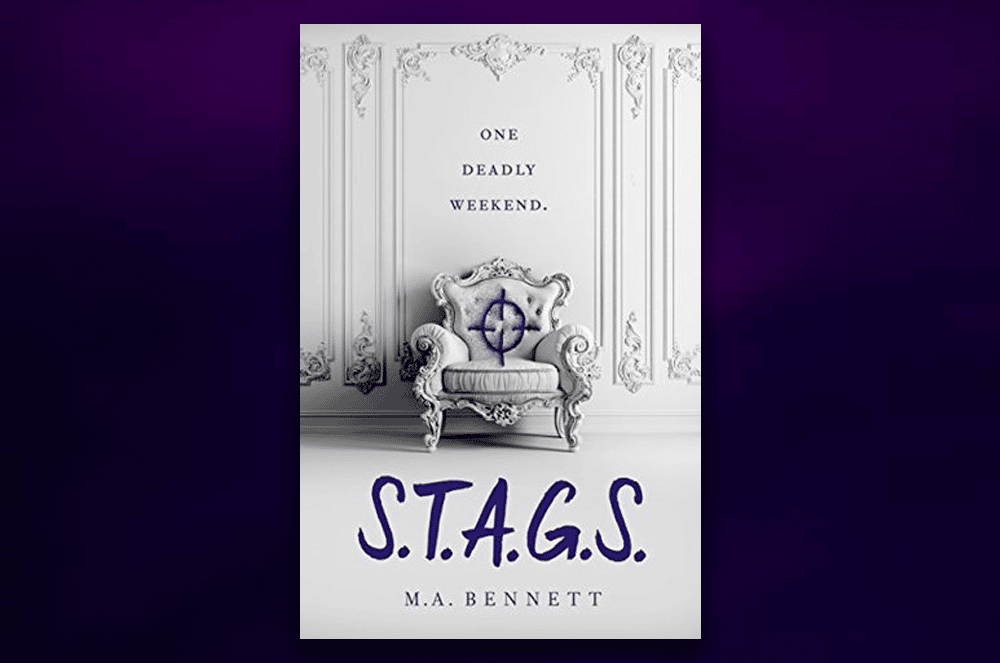 In the vein of We Were Liars by E. Lockhart (a great underrated book) and with a little bit of Posh or The Riot Club (a little bit more toned down, though), comes S.T.A.G.S. and yes, the acronym stands for something. It’s a strange book, with highfalutin’ language, and perhaps is best classified as young adult fiction, but feels like something entirely different, a thriller predicated on a mysterious Huntin’ Fishin’ Shootin’ invitation offered to Greer MacDonald, and if this sounds like a fun name, wait until you hear the one of a potential love interest… 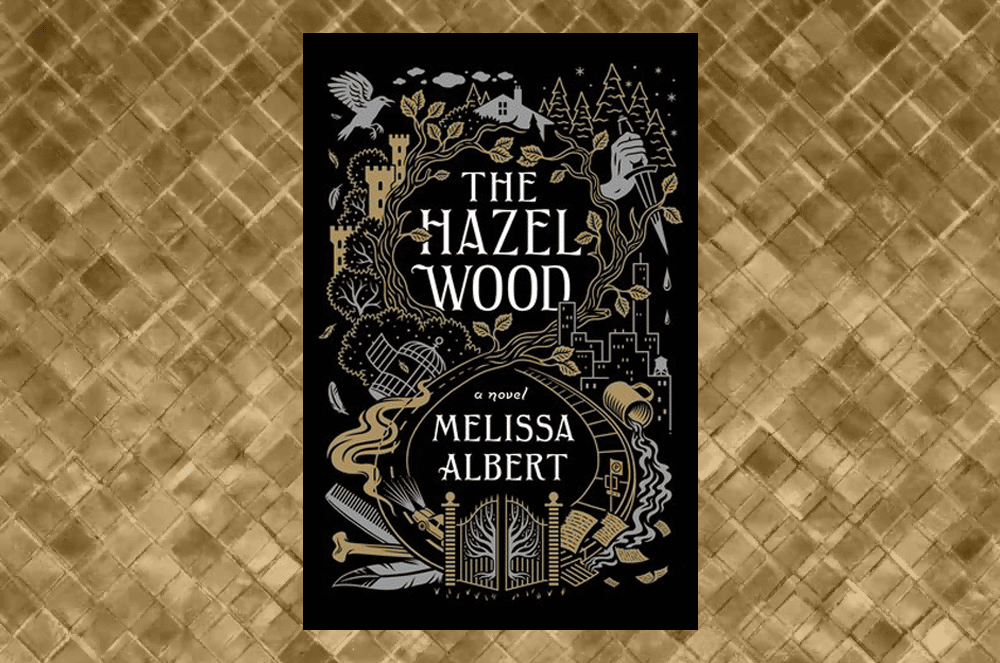 The Hazel Wood by Melissa Albert

Fresh from its blog tour is a twist on Y.A. fiction (in this case, a play on fairy tales), in the extremely anticipated The Hazel Wood. The rumblings for the book began last year and the soon-to-be movie adaptation contains more than a few references to Alice in Wonderland, a book within a book entitled ‘Tales from the Hinterland’ (which we get to read from!), some colourful illustrations and the potential for more books in the series by Melissa Albert. Get in before everybody’s talking about it! 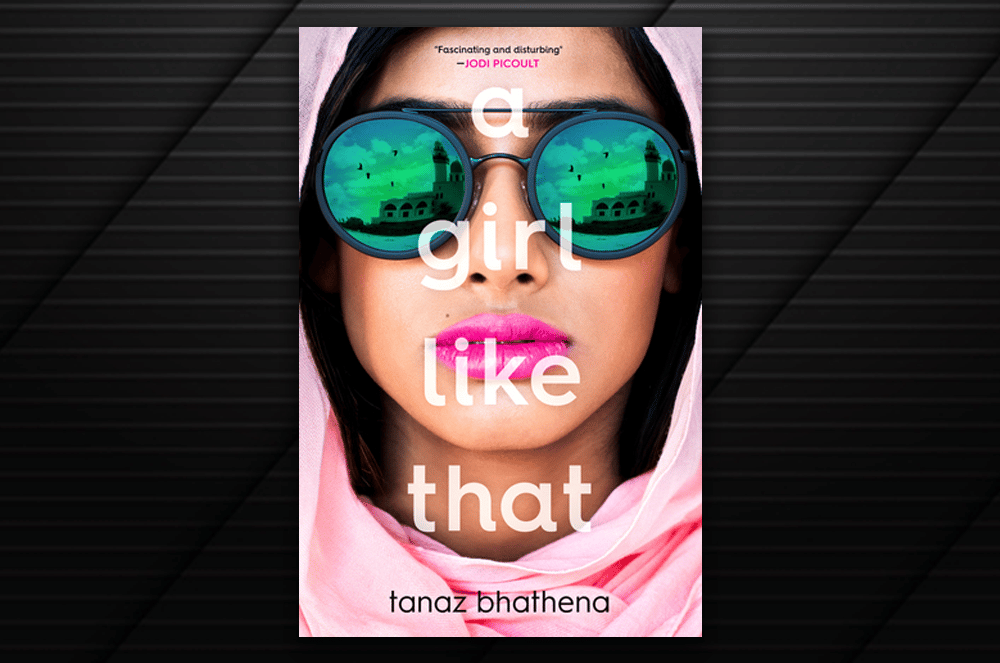 Sometimes you hear about a book so early on (in this case, almost a full year previously), that it makes one just feel like the story has been predestined to arrive, and this is what happened with A Girl Like That. It’s a tough read, there’s no way around it, and perhaps made even more tragic by the fact it’s a YA book, so make sure to steel up before reading it. But it’s also a gorgeous complex book in the same vein as The Fault in Our Stars, (though we thought it was closer to Iram Haq’s film What Would People Say in both tone and nature), but no matter what the comparison, Bhathena, who lives in Canada, needs to be read. 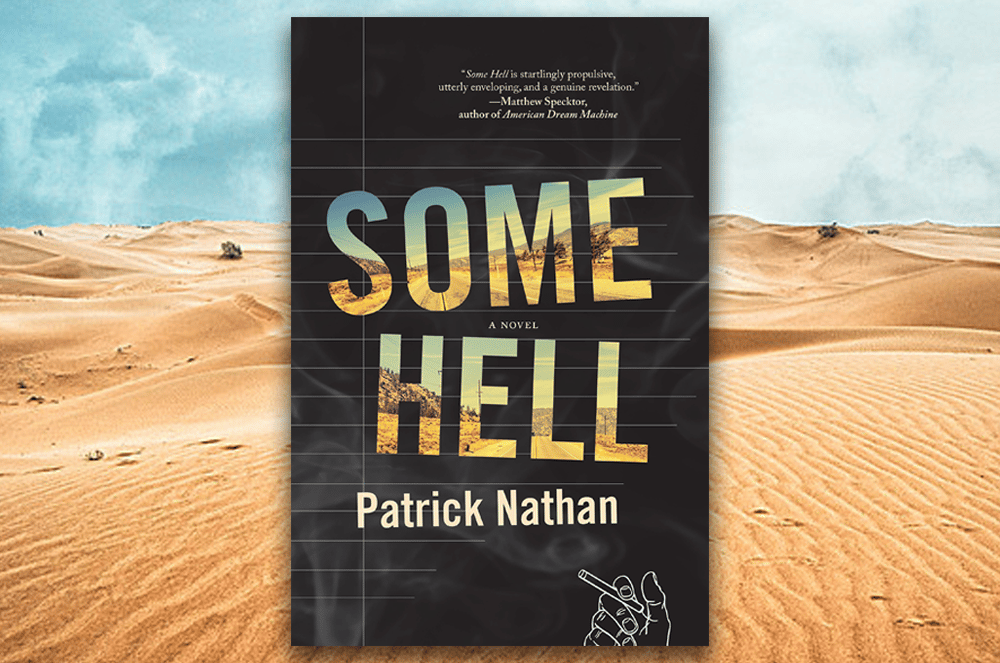 Some Hell by Patrick Nathan

Another difficult read, in what is ostensibly a YA book, Some Hell is a real surprise of a book, an independent (from Graywolf Press) but with major distribution. Imagine a book about a gay thirteen year-old who is fresh off the suicide of his father, harbouring a crush on his best friend, and with an autistic brother that is constantly making fun of him, and let’s just say that it’s not an “easy” read. But then when the story hits the road, it becomes quite a fascinating one of the aforementioned teenager Colin, and something of a relatable read, at least, in how humour can be found anywhere. A compelling debut from Patrick Nathan.