My Life as a Zucchini Blu-ray Review 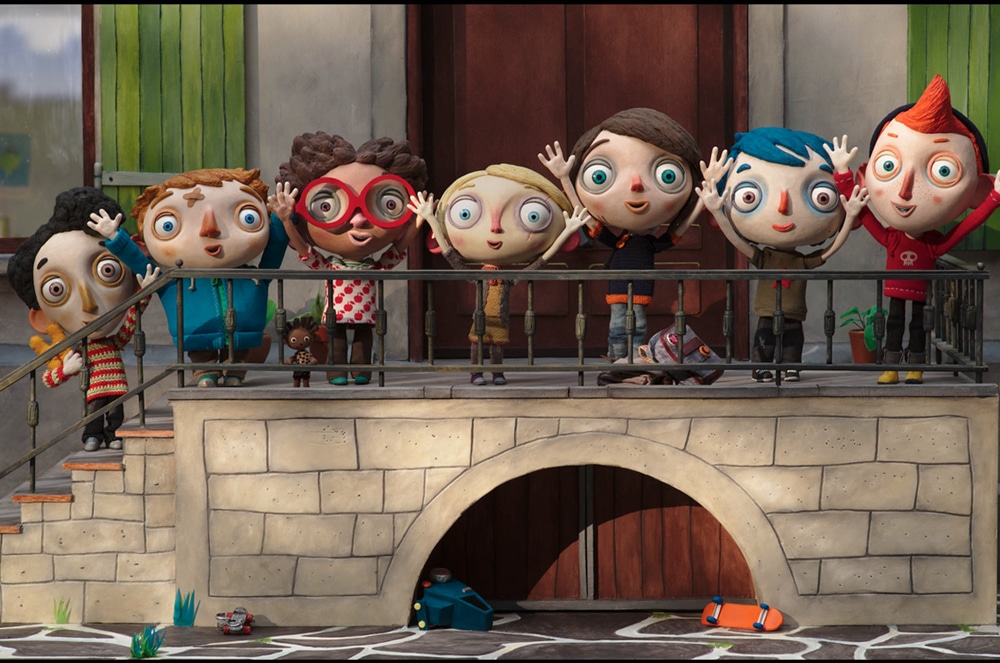 My Life as a Zucchini first debuted at Cannes in the Director’s Fortnight last year but has frequently been referred to as an “animated children’s movie”.  My Life as a Zucchini is as much a kids movie as say, Richard Linklater’s A Scanner Darkly. Okay, perhaps it’s a bit more kid-friendly and does feature children, but it’s one of the few movies to feature a centrepiece talking extensively about lovemaking and ejaculation that is marketed as a kids movie, (still gotta teach the children about the birds and the bees, right?).

As such, this story by Claude Berras (with a screenplay top-billed to Céline Sciamma and based on a book) is strangely animated to the point that it isn’t and starts to feel quite normal with puppets featuring monstrous heads. Plus, there is a great deal of morality present in this fable (blame the book from which it is adapted, perhaps). Icare or “Courgette” as he prefers to be called (this home entertainment version is dubbed as “Zucchini”, but Courgette has a certain ring to it), accidentally causes the death of his mother, who called him by that name. A police officer, Raymond, takes him to the orphanage where others make fun of the name but then begin to accept him and he comes out of his shell and meets a girl. Then it takes a turn. 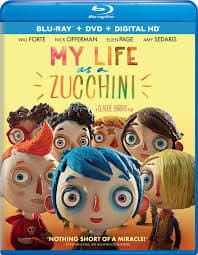 While it’s not quite a Special Feature, My Life as a Zucchini is available dubbed as well as subtitled, (the film is in French). While we watched the subtitled version, the dubbed version features the voices of Ellen Page, Will Forte, Nick Offerman and Amy Sedaris, which may appeal to those who enjoy hearing familiar voices, and especially the voices of interesting and accomplished actors such as these. The special features also include Perras’s short film The Genie of the Ravioli Tin that first emerged way back in 2006. Though Perras hadn’t quite developed his style to its fullest, the film is certainly offbeat and indicative of the style to come.

While it is quite an experience and feels like there is much to it (and this despite a short running time), do not enter into My Life as a Zucchini expecting kid-friendly entertainment.

My Life as a Zucchini is available now on Blu-ray + DVD + Digital HD from Universal Studios Home Entertainment.

Get Out Blu-Ray Review