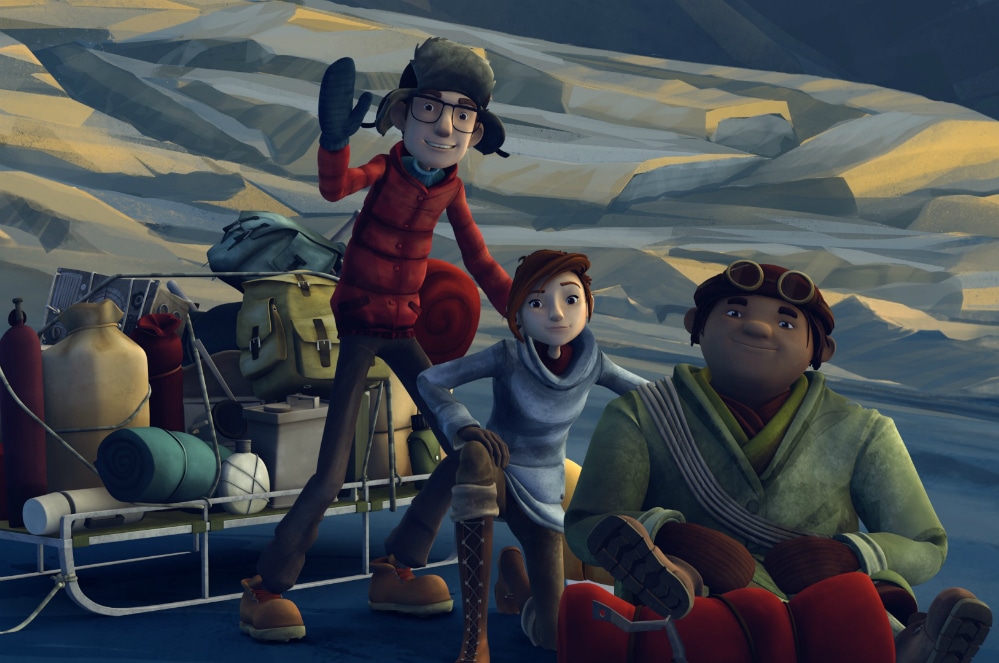 Nelly & Simon: Mission Yeti is a generally pretty cute, sometimes cartoon-y, animated feature about the search for the mysterious Yeti (the title was originally Mission: Kathmandu) in 1956 Quebec and beyond.

Though it is clearly retranslated from French, the addition of the voices of, among others, Rachelle Lefevre and Noel Fisher, is welcome, (one wonders if they discussed the Twilight franchise), as well as Colm Feore, which doesn’t amount to more than a cameo, and, in a supporting role, Jesse Camacho. Co-directors Nancy Florence Savard & Pierre Grego smartly let the lead of the film be Nelly Maloye (though her schtick eventually gets a little tiring), and not as much on Simon Picard. Though Nelly is tagging along on an adventure, along with Simon’s bird (a myna named Jasmine), and Tensing, a sherpa guide, the focus smartly isn’t Simon.

The Himalayas make for some interesting backdrops, with the ice-covered mountains, and while the story hits familiar beats (including the identity of the main villain), the adventure is mostly pleasant. The CG animation is fun (and Rachelle looks a little like Nelly). The idea of a romance between the two leads is suggested but never fully explored (so to speak), and the idea of a potential sequel could easily be forthcoming. There’s a nice parable at the start of the film that contrasts good luck and bad luck, and while themes are hinted at throughout, the filmmakers let the tale unfold naturally including a strange dream sequence which works well. Seek it out.

Nelly and Simon: Mission Yeti opens this Friday in Toronto and plays as part of TIFF Kids this weekend. For more details click here