News of the World Review 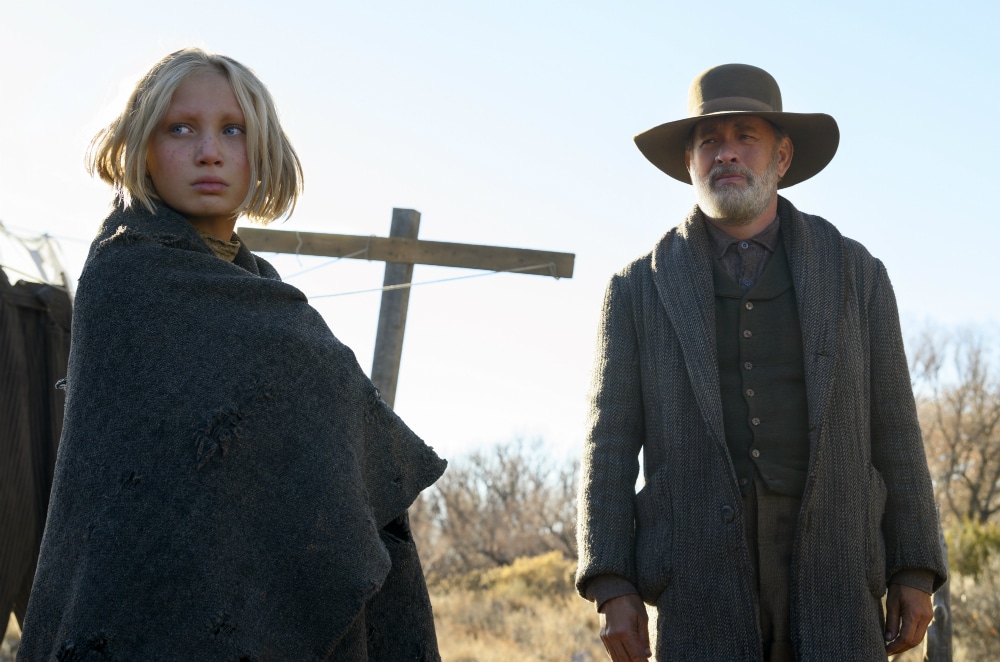 Complaining about the cinematic style of director Paul Greengrass is old hat now, and a mite bit useless. He owns his shaky-cam, even when making a stately period drama set during America’s Reconstruction era. Based on Paulette Jiles’ book, and co-written with Luke Davies, that’s how we arrive at News of the World. It’s a film bearing traces of the Greengrass touch, except his brand of dynamism works best when coupled with claustrophobia. Here, there’s just too much space.

There’s no way New of the World could actually lose its way, however. Its narrative follows a well-worn and straightforward path, which could be fine, except it never picks up any speed either. It’s also led by Tom Hanks, our most stable screen presence, confirming we’re in too-safe hands. (Captain Phillips this ain’t.) Hanks plays Jefferson Kidd, a former Confederate captain now making his living by reading newspapers to folks in a bid to entertain. He happens upon Johanna (Helena Zengel), a twice-orphaned girl (relieved of both her German and Indigenous families), whom Kidd must deliver to her remaining kin. In reading that, I’m sure you too can guess where the film goes, with this captain acting as an out-of-place father figure. As enjoyable as it usually is to watch Hanks (and he does his part to bring this film home), his casting never quite fits with the character or the surroundings—it’s just too much to accept Hanks on the wrong side of America’s Civil War. And while Greengrass dutifully does his job too, the sense of urgency of his previous work feels absent here—save for one mid-film passage through a real hell-town.

In all, this makes News of the World a solid if wholly unremarkable film. It gets from point A to point B, alights upon a few images that suggest something more, and we get to sit back and root for Hanks once again. None of this is news, however, so complaining about it further feels unnecessary. Instead, this film becomes like the weather; it just is.