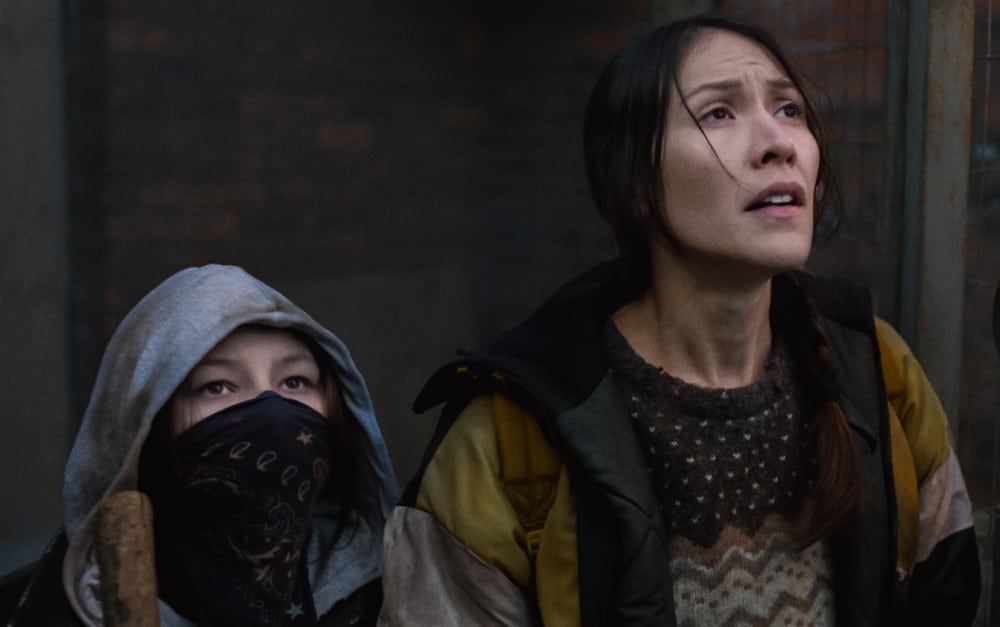 Makers of movies with a message should take note of Danis Goulet’s Night Raiders. Her film has an obvious historic metaphor, rides a clear parallel, and has something urgent to say—but it doesn’t forget to tell an engrossing story. Put together, it’s an ambitious film. And not just because it largely succeeds in building a future world on (likely) limited means.

Night Raiders centres on Niska (Elle-Máijá Tailfeathers) and Waseese (Brooklyn Letexier-Hart), a Cree mother and daughter living off the grid. Their time could be today except it’s actually a post-war world some decade from now, one wracked by a virus and violence, with potent questions of citizenship (See? Much like today). An injury to Waseese, however, brings the pair back to so-called civilization—and into danger. Here’s where Goulet gets to exercise her thesis, tweaking what we know of colonization and forced assimilation of Canada’s Indigenous people to goose her narrative. With production design cribbing from Children of Men and The Hunger Games, we step further into a story involving a different type of child trafficking and, of course, the titular attacks on the power structure in place.

While Night Raiders does have a few rough edges, some head-scratching staging lapses that slow momentum, there’s something special here to Goulet’s work. It understands its images and near-mythic force. I went from thinking this is good “for a Canadian film” to just: this is good, period. Perhaps everyone should take note.