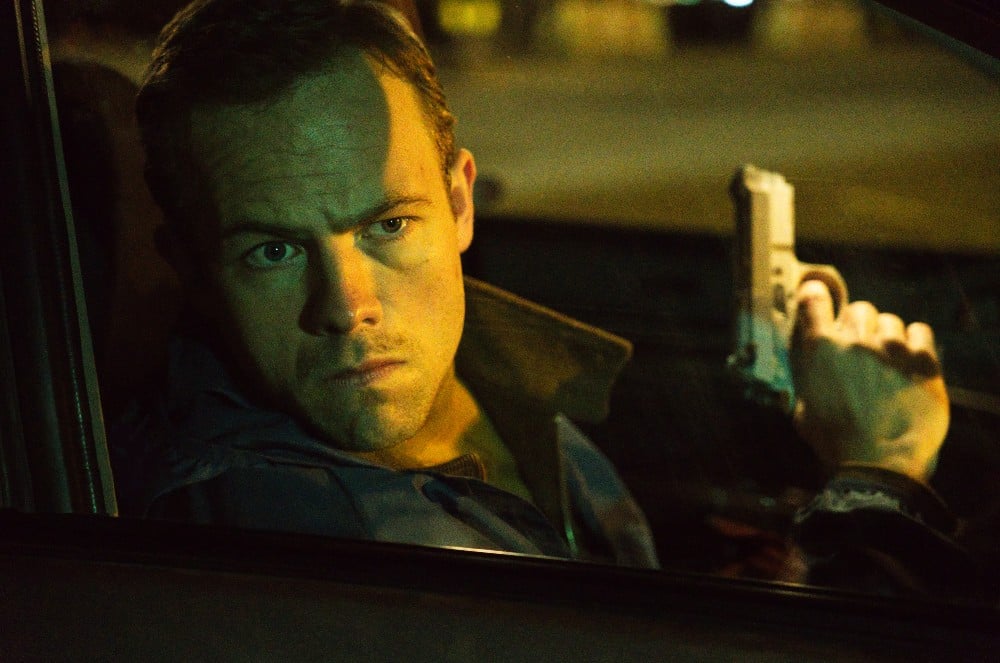 Nightride, the new film from director Stephen Fingleton and writer Ben Conway, knows it’s a gimmick movie. For a filmmaker looking to stand out, the choice to shoot this modest crime story as a single take draws attention (however real that one-shot approach is), but it can also become a crutch. So the question for all involved both inside the movie and out: will they get away with it?

The setup on Nightride is one we’ve heard before: a drug pusher named Budge (Moe Dunford) has a deal in place for the night, his last job before cashing out and going legit. His woman Sofia (Joana Ribeiro) wishes him luck and then it’s us in the car with Budge as he works the phones in real-time making sure the pieces of the deal—the supply, the cash, the buyer, etc.—come together. What emerges is a crime story in miniature, with all the archetypes one would expect. And yet, while I found myself ticking boxes on the Crime Film attendance list, I was also riding along in suspense and with more than a little sense of enjoyment. Yes, Fingleton does indeed lean on his gimmick, staging scenes that revel in their rolling claustrophobia (while name-checking Michael Mann, crime film godhead); he also manages to invest his film with enough tension to make us want to get to Budge’s next destination—and so on. The one-take high-wire helps build that intrigue, sure, but there’s also the film’s electric score, some sharp night photography, and a face worth watching in Dunford.

Setting aside its gimmick, that central performance is the true key to Nightride. Tasked with carrying the film for long stretches while just gripping a steering wheel, Dunford’s Budge comes off as both unremarkable and a consummate professional. It fits with Fingleton’s straightforward yet showy technique. It’s possible to roll our eyes at the ol’ “one last job” canard, but we can nod our heads too and admit: at least this film goes out with a bit of style.