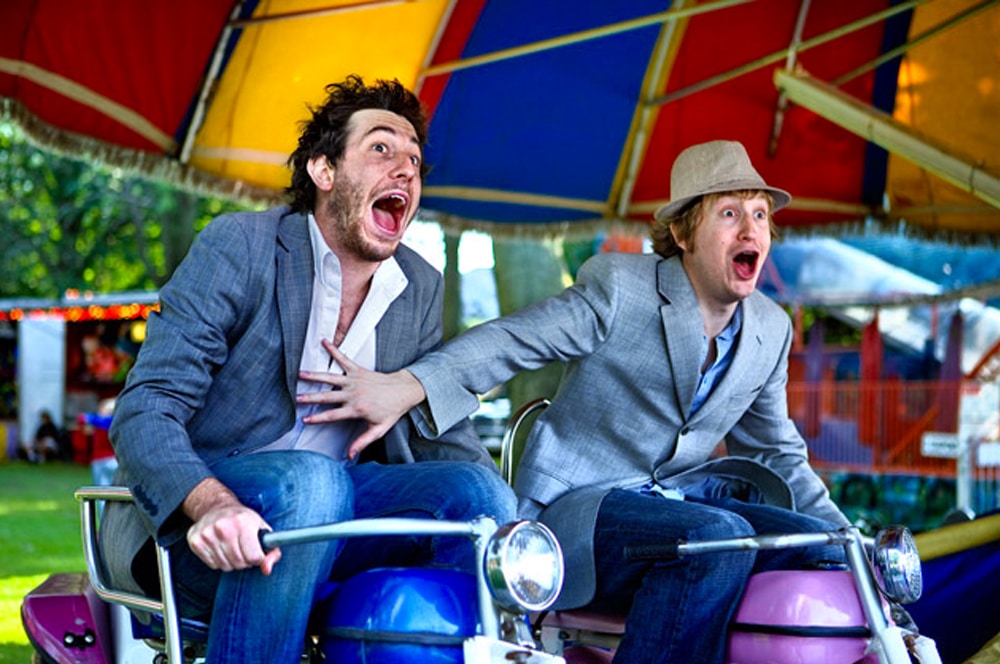 Almost like reviewing a fictional character on its merits as a real thing, putting a grade to Matt Johnson and Jay McCarroll is difficult. Adding to this fact is that the episodes screened at last September’s TIFF are three, four and five of the program, which feels a little bit too in media res for those unfamiliar with the web series, and its current arc. Strangely enough, many of the jokes had already been floated around, including Matt Johnson’s funny and yet wildly inaccurate Piers Handling impression, some well-placed L’Oreal commercials, (as opposed to, you know, the actual L’Oreal ad) and the appearance of a certain critic playing a certain critic.

Despite the fairly in-jokey and freewheeling nature of the show, the presentation was actually quite solid, although Johnson and McCarroll tend to retreat into pastiche far too much (a Daredevil parody going on a little too long). But there are some genuinely funny moments in the entry, and the musical interludes are especially appreciated. Plus, the production is hyper-local and feels familiar yet unfamiliar at the same time.

New episodes of nirvanna the band the show begin airing tonight on Vice.