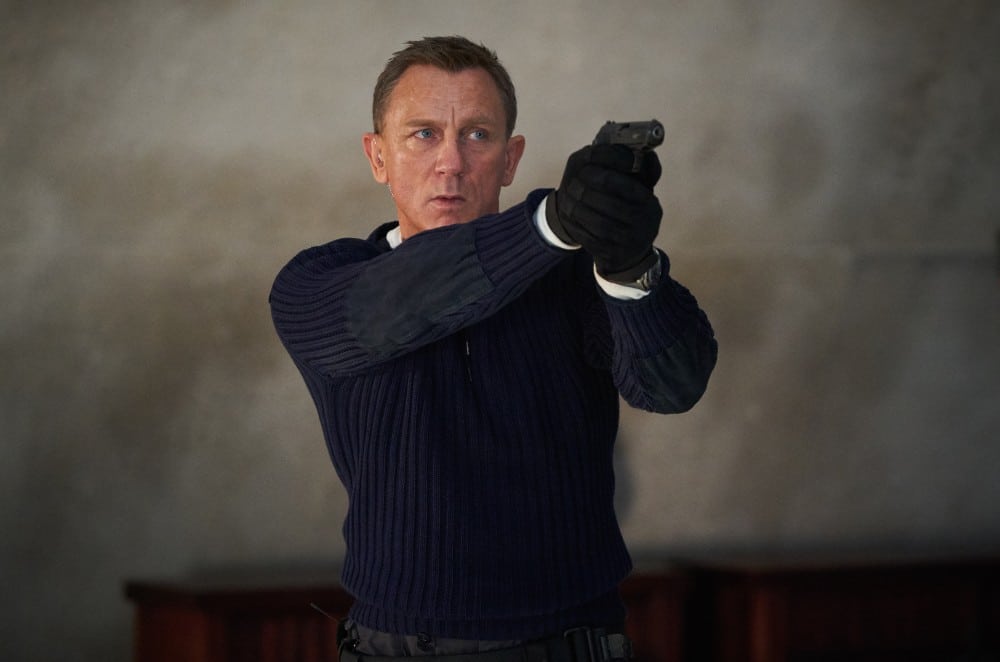 With respect to Daniel Craig, I’m not sure James Bond is supposed to take on this much weight. That’s the basic problem with No Time to Die, the final Craig-as-Bond film after he re-launched the role in 2006. Oh sure, the film’s leading man is still as trim as ever—even at over 50—it’s the narrative weight that sinks director Cary Joji Fukunaga’s installment of the venerable franchise.

As has become the norm for these latest Bond films, No Time to Die picks up where 2015’s Spectre leaves off, continuing a 15-year story arc. Bond is now with Madeleine Swann (Léa Seydoux), Blofeld (Christoph Waltz) is in prison, and MI6 is carrying on in the aftermath—with a new 007 (Lashana Lynch) to boot. If the importance of these names is lost on you: please know you are not alone. Nevertheless, Fukunaga and his writers (including Phoebe Waller-Bridge) press on, presuming that importance and granting it the utmost precedence. In the process, we get what amounts to the greatest hits of Craig-era Bond—some car chases, some fisticuffs (including a Fukunaga single-take fight special), and a few notes of more traditional elements (silliness, for one; sexiness, as another). Some of this is undone, however, by Rami Malek’s villain Safin, whose presence is suitably off-putting but not quite silly (on purpose) or heavy enough to match the film; more still is undercut by the length and pace of the film. In all, it’s easy to be impressed by the sheer scale and scope of the collective effort here, but not so easy to be entertained by it.

This may perhaps just be my preference. Maybe others are really invested in yet another vendetta plot and the melodrama between Bond and Swann. To its credit, No Time to Die does provide a fitting finality to Craig in the Bond role (much to his relief). And it does strive for a thematic richness that has historically not been this franchise’s domain. That’s cool, but at a certain point, we should all just get on with our lives.

Interview: There’s Someone Inside Your House’s cast and creatives