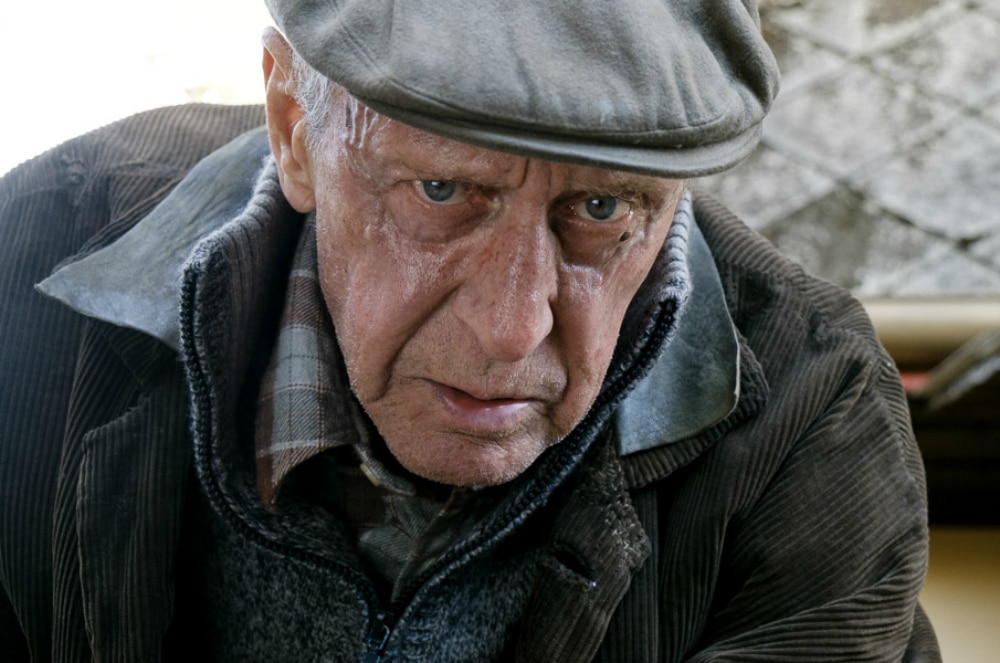 There’s a version of Nobadi, from writer-director (and, elsewhere, actor) Karl Markovics, in which its two leads—cranky old Robert and Afghani refugee Adib—learn to help each other, both changing for the better. That, however, is not this film. In fact, it may well be difficult to view films of that type ever again after watching this one—an outcome that really only benefits us, the audience.

After the death of his dog, Robert (Heinz Trixner) needs help to bury him; through some terse negotiation, Adib (Borhanulddin Hassan Zadeh) steps in to do the work, despite his injured foot. Their conflict, smallscale as it appears, is staged across obvious political and racial lines (made more uncomfortable by the line the film draws between dog and man). Trixner’s Robert, alone and angry, initially offers few kindnesses without strings attached, while Adib tries only to remain amenable given his increasingly desperate situation. Filmed in close quarters over a single day, Markovics refuses to shy away from exactly this kind of tension, getting up-close with both men—excellent in their roles—before expanding Nobadi in darker directions. His script may create stock characters, yet it sets them on a course that feels anything but.

Nobadi‘s true pleasures—if I can use that word—are found in how carefully Markovics dances around those aforementioned expectations before exploding his film well beyond its modern-day political framing. It’s subtle work until it most decidedly is not. By then, however, you’ll most likely be left wincing and wondering: what else has this old man buried?