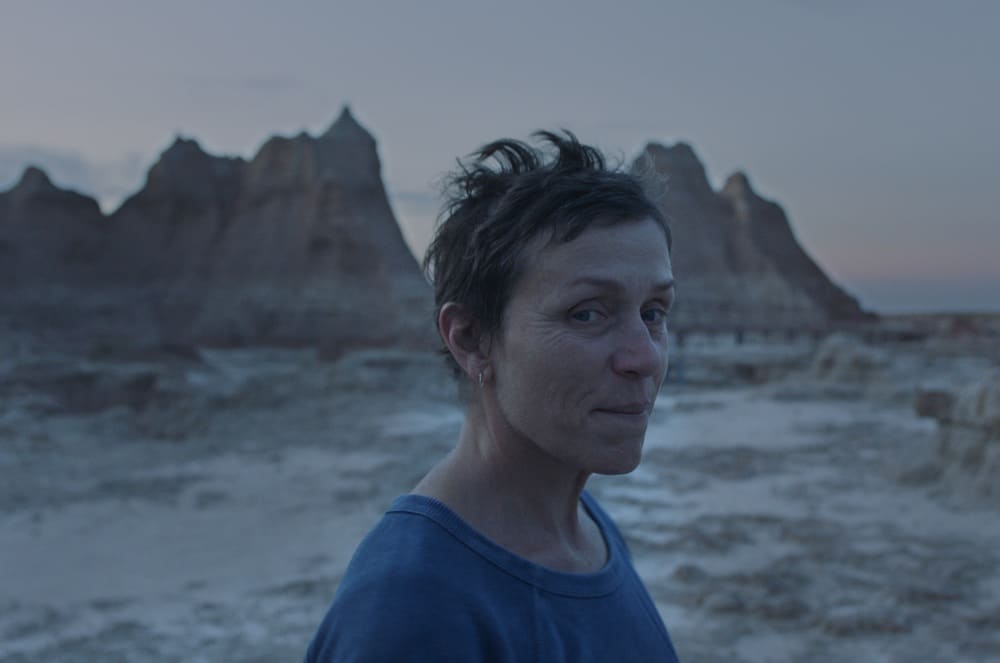 Chloe Zhao’s new film Nomadland presents itself as a character study set during an unsettling time. Brought to life with obvious skill by Frances McDormand, the film’s central figure, Fern, travels the rugged American southwest searching for peace. Now, there is a story to tell here about people forced to make choices like this as the country around them collapses. But this is not that film—it is instead insultingly trivial.

Nevertheless, Zhao does ground her film in something real: the town of Empire, Nevada and its U.S. Gypsum Corporation were indeed abandoned after the ol’ factory closed down, setting the fictitious Fern adrift. Nomadland picks up from there, with Fern living in a van, driving from job to job—including one in an Amazon warehouse—and resisting the idea of settling down. To add verisimilitude, as with Zhao’s acclaimed The Rider, the film is filled with “real” people, folks cast to play themselves—that is until David Strathairn appears and more of Fern’s backstory is revealed. From there it becomes clear Zhao’s intent is not to confront the horror of America’s labour economy at all. We’re merely lead through a modest drama about Fern’s grief and the choices she makes in its wake. Yes, McDormand is a natural pro, but this is an affront—particularly as reality skulks just outside the frame. The truth is: people living the life Fern leads are not often choosing between this or that, but this… or death.

So, while Zhao’s The Rider is about one man making peace with his circumstances, Nomadland could use much more anger. The decision to present Fern’s life as one led by choice is a massive mistake; no person should have to “move on” from the death of the American dream too. Zhao seems almost afraid to face this idea and as a result, the “realness” of her film ends up feeling cheap. It may excel as a travelogue, but it also comes to resemble its landscape: beautiful and empty.