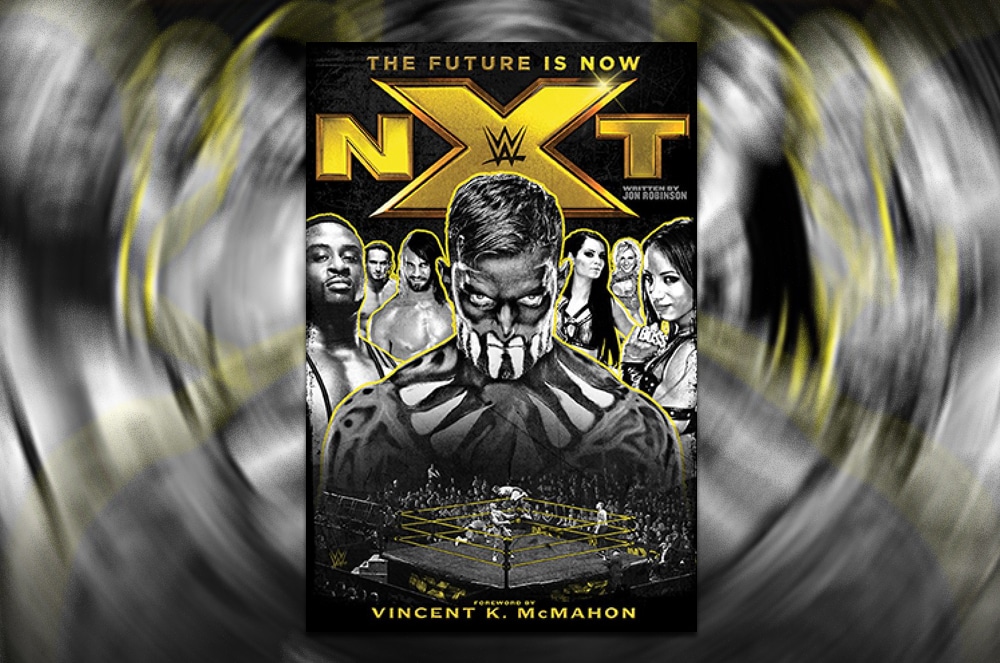 When I heard that a history of NXT was being published, initially I thought the book would make for an exciting giveaway. Then I figured, this was something I may read because I was generally curious as to the history of the WWE development program. After reading the book, it turns out that it may have actually made for a great giveaway.

The book, by Jon Robinson (with his name written in much smaller letters than the writer of the forward, Vincent K. McMahon), is technically proficient. NXT: The Future is Now is packaged extremely well, with many of the pages filled with full-colour, beautiful photos of wrestlers mid-action. The issue I had with it, however, comes towards the end of the book, as the beginning is very readable and I found myself turning the pages very rapidly.

The problem is the text, and this is no fault of Robinson, as he was probably commissioned for the reason outlined in the back of the book. It doesn’t read condescendingly or simply, which I had feared. The book occasionally borders on propaganda for the World Wrestling Entertainment “brand” NXT, and it doesn’t have to do so.

It is written for the “smarks” – the smart mark fans that pride themselves on being “in on it” and yet still peering behind the curtain with wonder. I was a wrestling and WWE fan for a while and found myself tuning out for many of the reasons outlined in the book: not enough stars. The Reality Era seems less interesting than others and I was hoping that this book would go into detail as to why. Instead, we are given the story of how Paul Levesque (not called by his wrestling name Triple H), went down to the development centre in Florida (for tax reasons) and started a new era in development. Never mind that the NXT show is given little mention, (it was replaced), or that WCW had their own development centre (The Power Plant), or share in some of the more insidious details. It appears that due to the leadership of Levesque, the wrestlers on the Island of Misfit Toys (Kevin Owens, Sami Zayn, Enzo and Cass), were able to find their way. I would have preferred more in-depth details, especially in a later chapter on Paige and the Four Horsewomen (Charlotte, Bayley, Becky Lynch and Sasha Banks) who were a part of the #givedivasachance movement and ushered in a new era of wrestling.

The problem with this theory is that if one is to look at the WWE, it is too often focused on looking backwards than on looking forward, and that when it comes to women’s wrestling, as well as guys that are too small, they don’t look like champions and haven’t “paid their dues’ are often passed over in favour of the Legends. The subject of social media is interesting and shows how the WWE is evolving, but one would argue that the future still has ways to go.

NXT: The Future is Now was provided by ECW Press in exchange for an honest review. It may be purchased from your friendly independent bookseller or other fine bookstores.